Next, a new rivalry 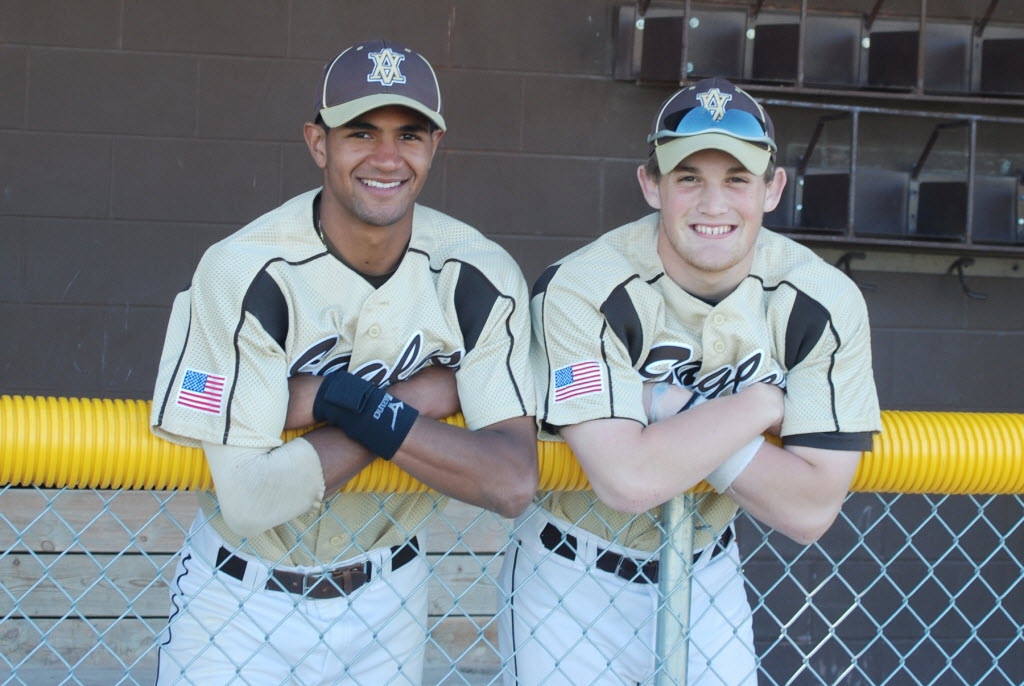 Aaron Gretz and Kris Goodman have played on the same teams since they were 10. But next year they'll suit up as Big Ten baseball rivals.

That hasn't sunk in yet.

"We've never played [against] each other in anything, besides scrimmages," said Gretz, who will suit up for Ohio State while Goodman heads to Iowa. "It's going to be pretty weird."

Living only four blocks apart, Gretz and Goodman gave Apple Valley a great run. Both were part of the Eagles' 2010 Class 2A high school hockey state tournament team, with Gretz in goal and Goodman at forward. But it's their baseball talent that earned them a shot at Division I competition.

Jeremy Hendrickson served his first season as Eagles head coach after previously spending six years as the junior varsity skipper. When Gretz came in as a freshman, Hendrickson knew he didn't belong. Coaches bumped him up to varsity after just a couple of weeks, and he became a four-year linchpin.

"He's just been a staple – offensively, defensively – and his leadership is exactly what you want in a captain, especially a senior player," Hendrickson said.

The cleanup hitter might say he had a down year at the plate with a .322 batting average and 19 RBI, but that's already improved in his Ohio summer baseball league, where the Buckeyes initially noticed him.

As a catcher, Gretz is supreme. He registered a pop time – from catcher's glove to infielder's glove at second base – of 1.92 seconds. Anything under 2.0 is very rare at the high school level.

"I've never seen a catcher demand so much respect at the plate," Hendrickson said. "Very few teams ran on him. Even the best teams – the Burnsvilles, Eastviews – they didn't run on us at all. They knew what they were dealing with."

At shortstop and batting in the No. 3 spot was Goodman. The 6-1, 170-pounder batted .435, scoring 30 runs and notching 21 RBI in 21 games this spring. But it was his defense that surprised the coaching staff this year.

Shifting from captain of the outfield in center field to captain of the infield at shortstop was not easy. In his first game as a freshman, he committed five errors.

"It was all new to me," Goodman said. "I guess I really went through a lot of hard times. A lot of failure."

Goodman still struggled defensively as a junior at times. With more reps, experience and maturity, he dramatically cut down on the mistakes. Hendrickson called him one of the team's defensive players of the year as a senior. It didn't surprise Gretz.

"He'll do anything to win," Gretz said of Goodman. "He's definitely someone you want to have on your team, not on the other team, which I'm going to have to deal with from now on."

Big Ten schedules haven't been released yet, but when they are, these former Eagles will surely highlight the Buckeyes-Hawkeyes series.

"We'll see how that is. We're both pretty competitive," Goodman said. "I don't know how much we'll talk on the field, but after it'll be fun."