Junior shortstop recaps his experience in the Class 3A state championship 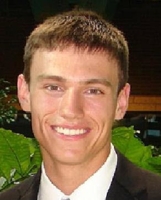 Shortstop Matt Stemper played a huge role in leading Burnsville to the Class 3A baseball state championship as a junior. Here is a look back at the championship game, a wild 6-5 comeback victory over Maple Grove, through his eyes:

When you fell behind 5-0 what was going through your head? It’s the last game of the season, we can’t hold anything back. We have scored more than five runs in an inning countless times and I knew we could pull off the comeback.

Trailing 5-0 in the bottom of the fifth, you popped out to second with runners on the corners and two out. After you rounded first, you stopped and placed both hands on top of your helmet and stood there for a brief time. What were you saying to yourself? I swung at a pitch out of the strike zone and I was just in disbelief, hoping I would get another chance to help my team.

You had a run-scoring single in the six-run seventh-inning rally. How big of an at-bat was that for you? It was a huge at-bat. I knew I couldn’t make a mistake. I was looking fastball early and he gave me one I could handle.

You scored the tying run, ahead of Justin Threlkeld on Bo Hellquist’s game-winning hit. What was that like? That was an amazing feeling. Right when Bo hit the ball past the first baseman I knew it was over and I just couldn’t believe it. It was a comeback for the ages.

What does winning the state title mean to you? It means everything. It was our goal from Day 1 and it’s something we talked about all season. It was extra special for me because both my sisters won state [softball] titles and I didn’t want to be left out.