Errors in two innings helped the No. 1 seed advance to the championship game with a 7-4 victory. 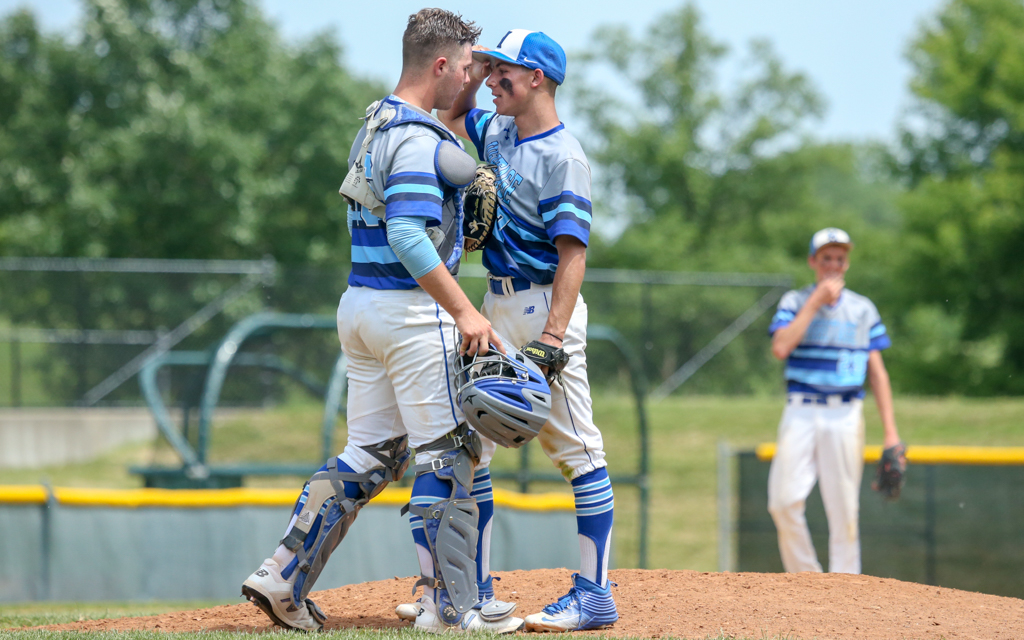 Two innings of defensive miscues doomed Parkers Prairie in a 7-4 loss at Chaska Athletic Park. No. 1 seed Heritage Christian Academy (22-3) made good use of the extra outs, scoring four times in the second inning and adding three runs in the fifth.

“It’s a great thing as a pitcher because it gives you more confidence,” said Eagles’ starter Jonny Flynn, a sophomore at the Maple Grove-based school.

Flynn held the No. 5 seed Panthers (19-10) without a run until their rally in the top of the seventh inning. Parkers Prairie senior catcher Brady Hoppe, who suffered a broken jaw in the section final, entered Friday’s game in right field and supplied a key hit in his lone at-bat to prolong the rally.

“We played one good inning,” Panthers coach Derek Denny said. “You can’t do that against good teams.”

Flynn finished 2-for-3 at the plate batted in two runs during the second inning. In the sixth, teammate Seth Halvorsen, a Minnesota Twins draft pick, collected his state-record 18th career triple. 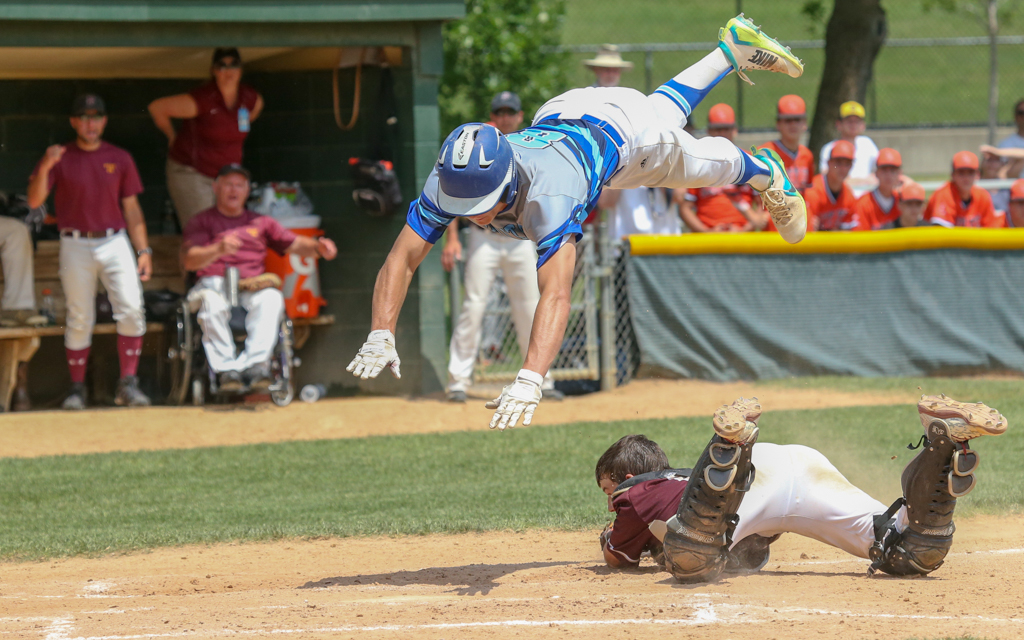 Heritage Christian Academy senior Seth Halvorsen goes airborne to avoid the tag of Parkers Prairie catcher Brock Peterson. Despite the athletic play, Halvorson was out for going up and over the catcher. Photo by Jeff Lawler, SportsEngine

Heritage Christian Academy of Maple Grove defeated Parkers Prairie 7-4 in the Class 1A state tournament semifinals Friday after the defending champions booted the ball around in two damaging innings.

No. 1 seed Heritage Christian (22-3) scored four times in the second inning and added three runs in the fifth when the No. 5 seed Panthers (19-10) struggled to make defensive plays. Both teams committed three errors under the hot sun at Chaska Athletic Park.

With the victory, state tournament newcomers Heritage Christian advance to the title game at 10 a.m. Saturday at Target Field. 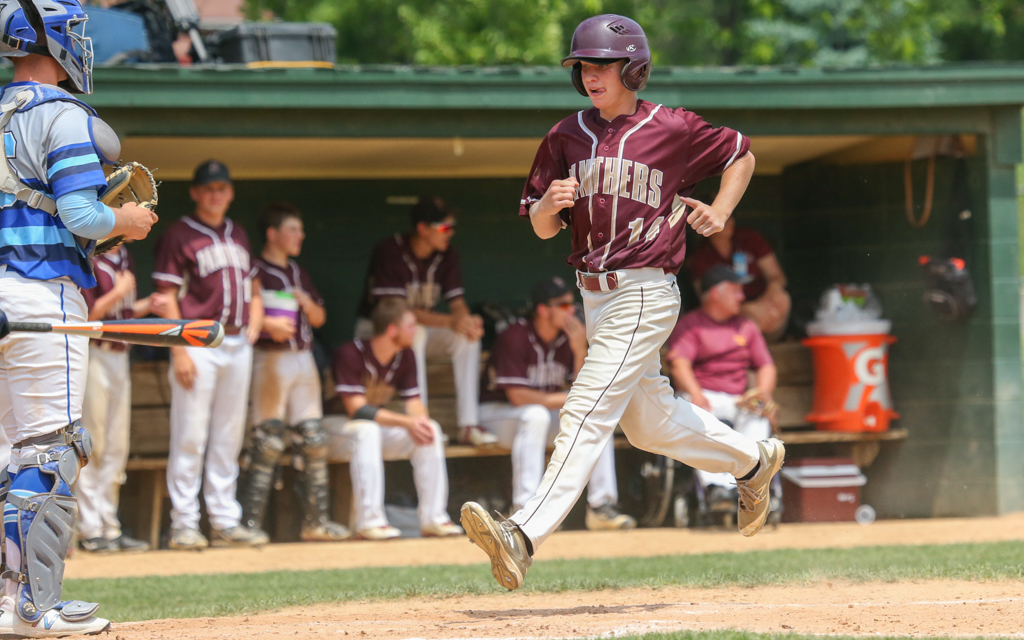 Parkers Prairie's Brendan Johnson comes across to score during a rally in the top of the seventh inning against Heritage Christian Academy. The Panthers' rally fell short as the Eagles prevailed 7-4. Photo by Jeff Lawler, SportsEngine