The Ponies, seeded No. 2 in Class 4A, got the game-winning hit from Benjamin Borrman. 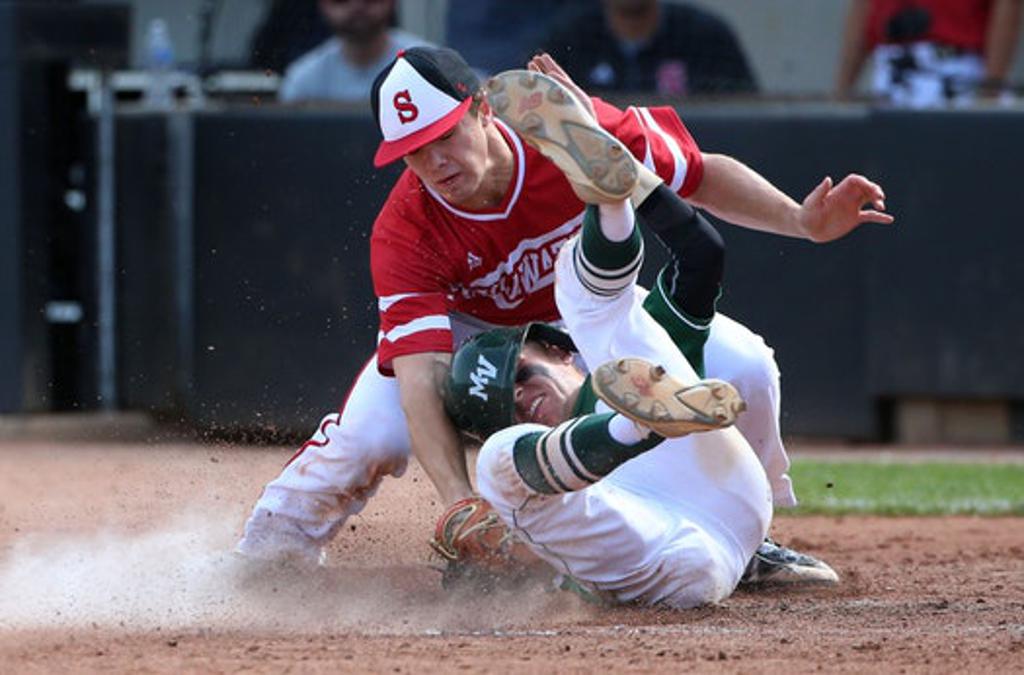 Parker called on junior Benjamin Borrman to pinch hit and the junior delivered, lacing a one-out single up the middle to score Mason Schwerzler from second, lifting Stillwater to a 3-2 victory over Mounds View.

Borrman, a catcher by position, missed a month of the season with a concussion after getting kicked in the head. He’d had all of one at-bat, in the Section 4 playoffs, before Thursday’s big moment at CHS Field.

“He’s been putting in time and time and time, after practice, before practice,” Parker said. “The coaching staff felt like the first time we need a pinch hitter in a big spot, we’re going with Ben. Guys who work hard like that usually come up big.”

Stillwater (22-3), which won its 18th consecutive game, leaned on the arm of lefty Drew Gilbert, who came within one out of pitching a complete game. He left in the top of the seventh after reaching his pitch limit, having given up two earned runs and striking out 10.

Mounds View (17-10) pitcher Josh Bonde was a little more wild, yet almost as effective. He pitched a complete game, striking out four and walking five.

After the game, a beaming Borrman talked about getting the payoff for his hard work in recovery.

“I’ve been showing up to practice every day and working my way into the roster, hopefully. Coach said he’d give me a chance. Finally it happened and I was ready,” Borrman said. “This is crazy. I can’t describe it. It’s awesome.”

Stillwater created a run in the bottom of the seventh inning to squeak past Mounds View 3-2 in the Class 4A quarterfinals.

With the game tied 2-2 Thursday at CHS Field, Mason Schwerzler walked to lead off the inning and was sacrificed to second. Pinch-hitter Benjamin Borrman followed with a single off Mounds View pitcher Josh Bonde, scoring Schwerzler and giving the No. 2-seeded Ponies the victory.