3A: Mahtomedi holds on in last inning to defeat Grand Rapids

The Zephyrs needed a tag-out at home to hold on for 3-2 victory over the Thunderhawks. 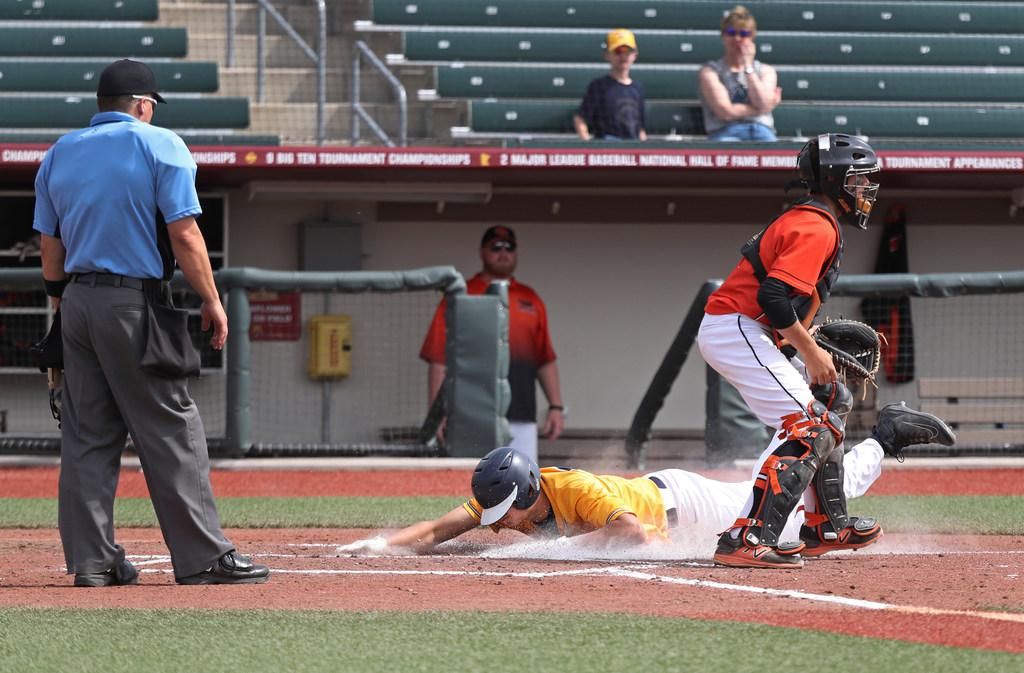 The Zephyrs’ closer made a 3-2 lead stand up against Grand Rapids by recording the final three outs with the tying run on third base and no outs in the top of the seventh inning in the Class 3A quarterfinals Thursday at Siebert Field.

Mahtomedi will meet the winner of Alexandria and Willmar in the semifinals.

“I’m ready to pitch whenever they call my number,” Jerylo said. “I play best under pressure. It brings out the best in me and the team.” 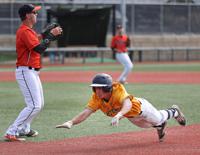 Grand Rapids (10-16) put a scare in the top seed when senior pinch-hitter Mike Heitkamp delivered a two-run double down the left field line with no outs in the final frame, pulling the Thunderhawks within one run. He advanced to third on a throwing error on the play.

“I have a lot of faith in Austin,” Zephyrs senior catcher Charlie Bartholomew said. “He’s a bulldog with a hate-to-lose attitude.”

Jerylo struck out the first batter he faced before getting freshman Kodi Miller to hit a high hopper to third. Sophomore Blake Hogan threw out Heitkamp at the plate, thanks to Bartholomew’s perfectly executed scoop on the bounced throw. Jerylo got the final out on another ground ball to third.

“Being on turf made it a lot easier,” Bartholomew said. “It was probably easier then it looked. It bounced right into the glove.”

Senior Henry Laue made it 3-0 with an inside-the-park home run in the next inning. His fly ball to left field was never picked up off the bat by the outfielder before being retrieved on the warning track.

The Zephyrs, appearing in their fifth consecutive state tournament, finished sixth a year ago. Their best finish was as runner-up in 2016.

“We came back with one intention,” Jerylo said. “We have one goal in mind.”

Mahtomedi took a 3-0 lead into the seventh inning and held on to defeat Grand Rapids 3-2 in the Class 3A quarterfinal Thursday at Siebert Field.

A tag-out at home by Charlie Bartholomew helped preserve the victory.