Minnetonka is the No. 1 seed in Class 4A as the Skippers are back in the tournament for the first time since 2013. 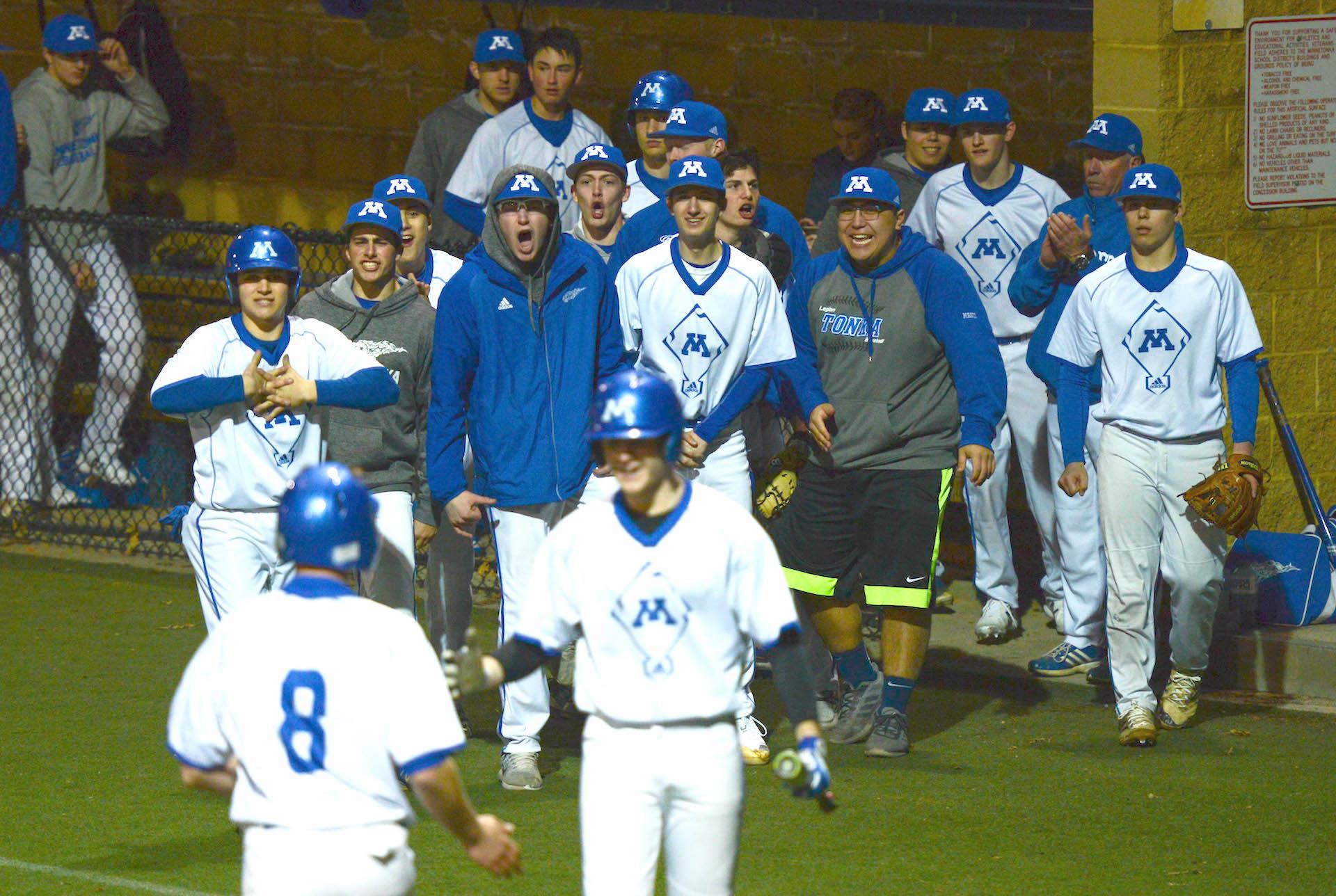 Minnetonka fell twice to Edina in the regular season, but the Skippers got their revenge by defeating the Hornets in the Class 4A, Section 2 tournament and securing the state bid. Photo by Carter Jones, SportsEngine

Minnetonka played Lake Conference rival Edina twice in the regular season. Both matchups were entertaining and each was decided by one run in favor of the Hornets, who used the victories claim the league championship.

But the Skippers got the last laugh in the postseason. After cruising into the Class 4A, Section 2 final without a loss, Minnetonka made easy work of Edina, winning 8-2 and advancing to its first state tournament since 2013.

The Skippers learned Saturday that they are the No. 1 seed in this week's Class 4A state tournament, which features a mix of teams making appearances for the first time in several years and others that are regulars looking to break through to bring home some hardware. There will not be a repeat title winner this season as defending Class 4A champion Eden Prairie was knocked out in section play by Edina, who advance through the loser's bracket to reach the section final and the rubber match with Minnetonka.

The Skippers were tabbed with the top seed at state and open tournament play against Eastview, which is making its first tournament appearance since 2012, when the Lightning took home the Class 4A crown.

Stillwater last made the state field in 2011. The Ponies are the No. 2 seed and face Suburban East Conference foe Mounds View in the quarterfinals. The Mustangs were state participants in 2015.

Third-seeded Blaine was a state participant in 2016, while No. 5 seed Lakeville North looks to improve on a third-place finish from a year ago. St. Michael-Albertville is the fourth seed and back in the tournament for the first time since 2015.

Wayzata is the sixth seed and making its third consecutive state appearance.

The Class 4A quarterfinals and semifinals are scheduled for June 14-15 at CHS Field in St. Paul.

Class 3A will also crown a new champion after Waconia, which capped an undefeated season with a state title in 2017, fell to Willmar and rival Benilde-St. Margaret's in the Section 6 tournament.

The Cardinals then defeated the Red Knights to secure a state bid. Willmar received the No. 5 seed and open the tournament against No. 4 seed Alexandria.

Mahtomedi was seeded No. 1 in the bracket, and the Zephyrs look to improve on their sixth-place finish at state last season. Second-seeded Rocori and No. 3 seed New Ulm, which is making a state-best 21st appearance in the state tournament, round out the top seeds.

The University of Minnesota's Siebert Field hosts the quarterfinals and semifinals of the Class 3A tournament starting on June 14.

Minnehaha Academy enters the Class 2A tournament seeking its third consecutive state title, but the Redhawks will have to do it as the No. 4 seed. They face No. 5 seed Caledonia in the quarters, and if the bracket holds, would advance to the semifinals against No. 1 seed Duluth Marshall.

In the bottom of the bracket, No. 2 seed Maple Lake is hoping to use last year's third-place finish at state as motivation to win a title this season. Paynesville is the third seed in the tournament, which holds the first two rounds June 14-15 at Dick Putz Field in St. Cloud.

Parkers Prairie is hoping to make the Class 1A championship game for the third straight year. The Panthers, who won the title last year and finished second two seasons ago, begin their quest as the No. 5 seed.

Heritage Christian Academy is making its first trip to state and earned the top seed behind the play of standout starting pitcher Seth Halverson. The Missouri commit was recently drafted by the Twins in the 30th round of the MLB Draft.

Sleepy Eye is the No. 2 seed, South Ridge is No. 3 and Wabasso is No. 4. The quarterfinals and semifinals of the Class 1A tournament are played at Chaska Athletic Park.

Check the MN Baseball Hub this week for news, stats and game updates from the state tournament.