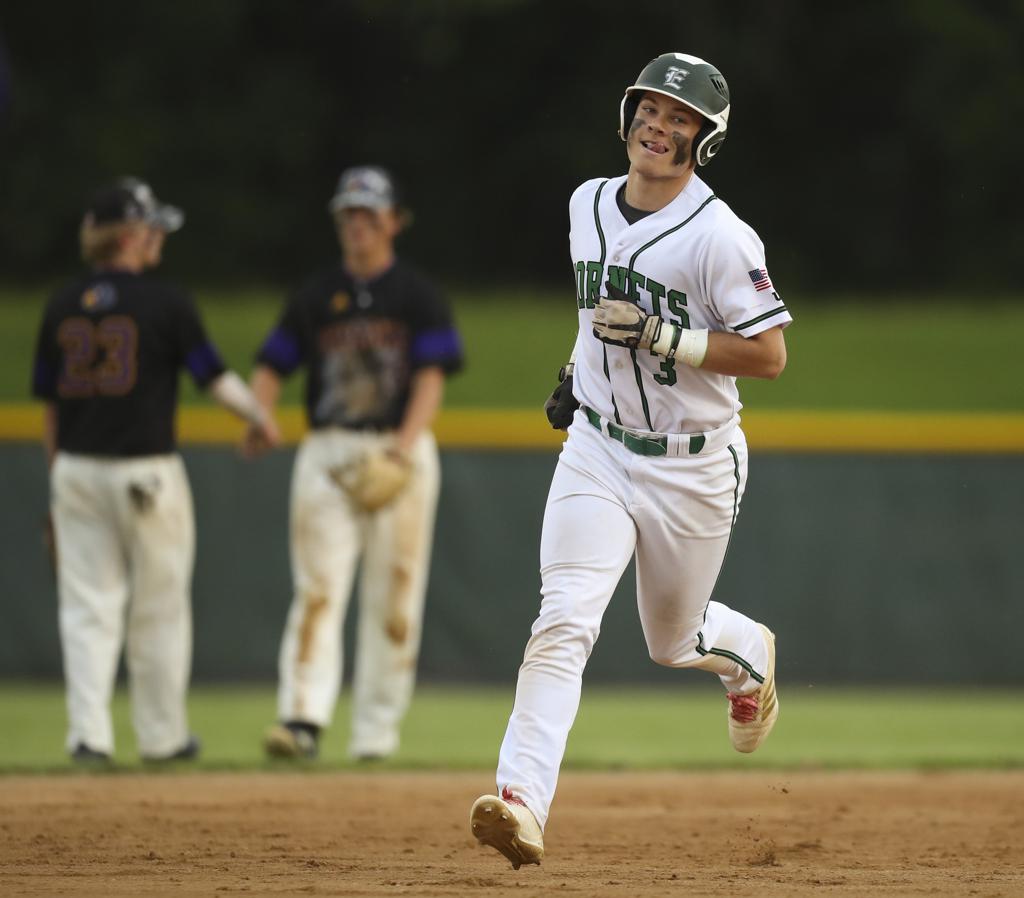 Charlie Fischer developed his love for baseball while playing for Little League and traveling teams in Edina.

Next year, he’ll continue his baseball career for a top Division I program at Southern Mississippi.

Fischer, a center fielder, will join a Golden Eagles team that recently made its third consecutive NCAA tournament appearance and its 12th in 16 years. It will come after three years as an Edina varsity starter, helping the Hornets to two Class 4A, Section 2 championship game appearances.

“He understands the game better year in and year out,” said Edina assistant coach Mike Theis, who has coached Fischer since the senior was 9 years old. “I think he’s going to be a very good Division I baseball player.”

Fischer showed natural athletic ability as a young boy, said his dad, Mike, noting his love of basketball at an early age. Charlie’s passion for baseball grew after he joined a traveling team around third grade put together by Theis, Mike Fischer said.

Theis said he first noticed Fischer in a game against his son Carter’s Little League team. He said by the time Fischer was about 12 years old, he thought he could someday become a Division I baseball player.

“You could see that he was something special,” Theis said.

Fischer made Edina’s junior varsity team as a ninth-grader before making varsity the next year. He hit .358 with two home runs and seven doubles as a shortstop as a junior last season, catching notice of the Southern Miss coaching staff during a game last May.

According to Mike Fischer, the Southern Miss coaching staff came to Minnesota because of the success of outfielder and pitcher Matt Wallner, a Forest Lake High School graduate. Wallner, who committed to North Dakota before that program folded, hit .336 with 19 home runs as a freshman for Southern Miss last year, earning national freshman of the year honors from Baseball America.

Charlie Fischer said Southern Miss’ top-15 national ranking was a big draw for him, along with its experienced coaching staff. He added that he’s hoping to get some at-bats as a freshman but knows he has to work for his spot.

Still, Fischer was working last week to finish his high school career strong, after helping the Hornets to a 20-5record for the season and the top seed in Section 2. He had a .447 batting average with seven home runs while moving to the outfield to allow several of the team’s younger players to see playing time.

Fischer had an especially strong outing in Edina’s two section games on Monday, despite having flu-like symptoms. He had five hits in six at-bats that night, helping the Hornets clinch a berth in the section championship.

Edina coach Carter Freeman said Fischer has gotten stronger over the years, noting his power and discipline at the plate. He said Fischer is quick to redirect attention to others and that he does a lot of work when nobody’s watching.

“He’s one of those players that comes around every once in a while, from an offensive standpoint,” Freeman said.

“The way he swings the bat [and] the way he approaches an at-bat, to me, is what’s going to continue his trajectory,” Mike Theis said.