The Lightning held off a late Eagles rally to claim the Class 4A, Section 3 title. 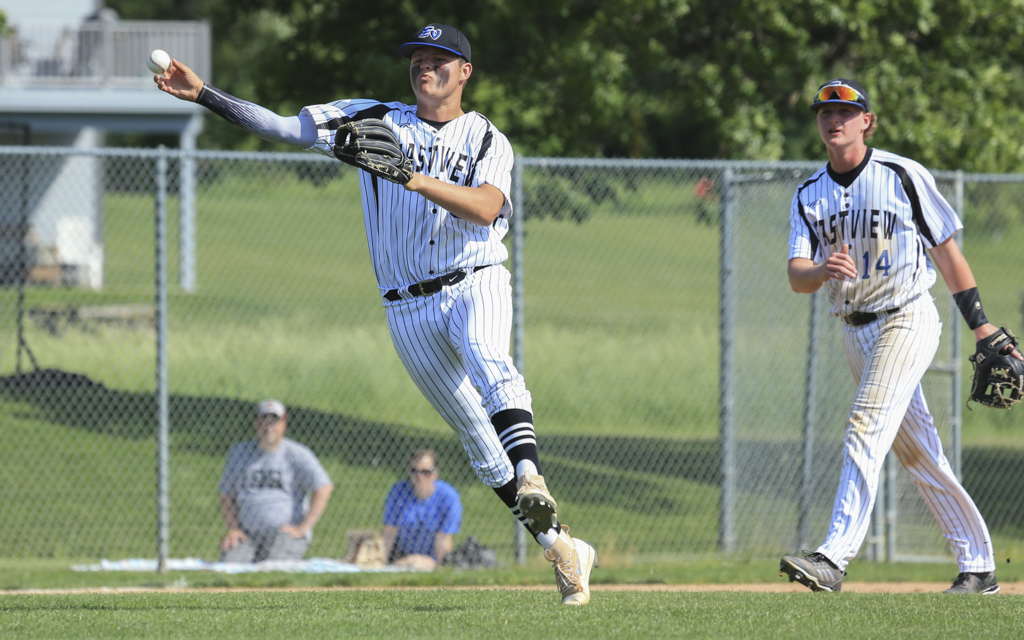 Eastview senior Nic Nelson makes a throw across his body to get an Apple Valley runner out at first on Wednesday afternoon. The Lightning advanced to the Class 4A state tournament with a 3-2 victory over the Eagles. Photo by Jeff Lawler, SportsEngine 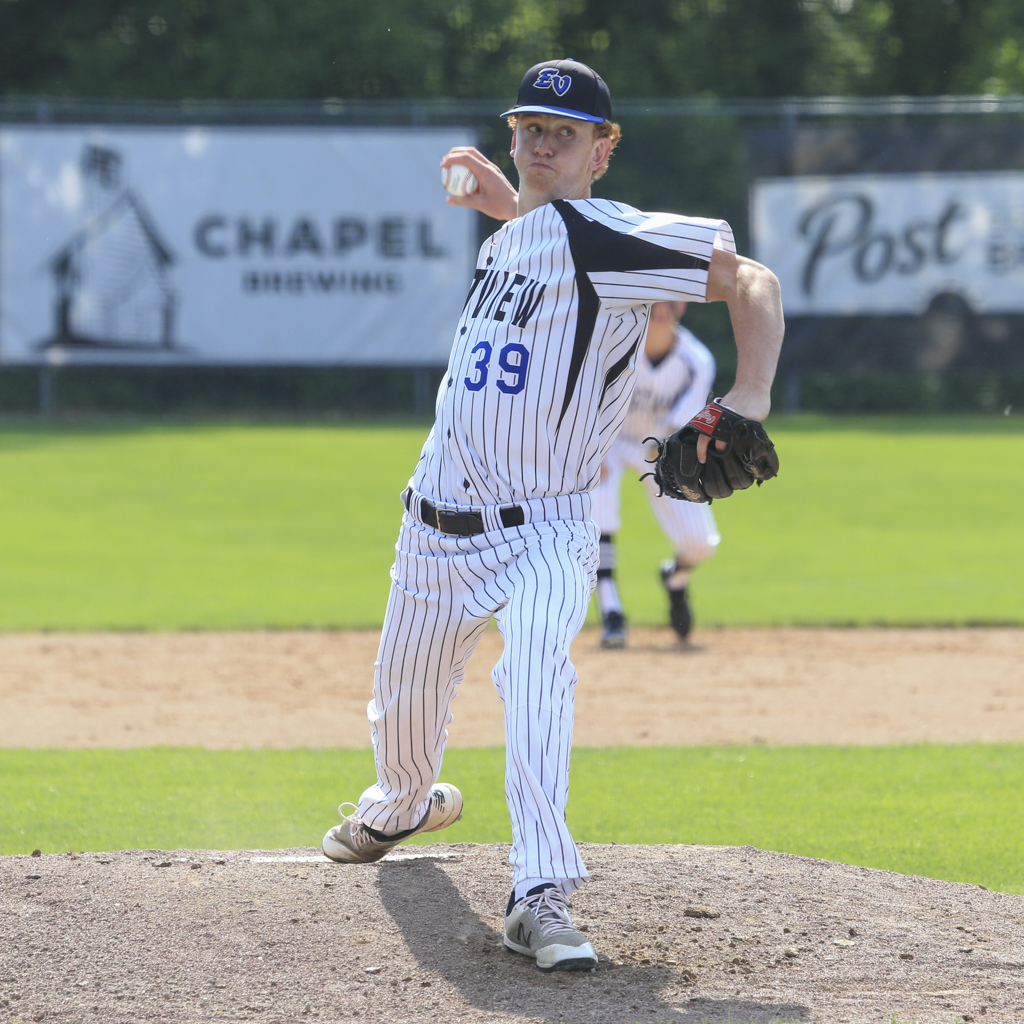 Eastview senior Ryan Fering throws to an Apple Valley batter Wednesday afternoon in the Class 4A, Section 3 Championship. The Lightning defeated the Eagles 3-2 at Memorial Park in Dundas. Photo by Jeff Lawler, SportsEngine

Heading into the bottom of the fifth inning at Memorial Park in Dundas, top-seeded Eastview had a 1-0 lead over No. 6 seed Apple Valley and it looked like any one run may end up deciding the game’s outcome.

Then the Lightning (15-9) struck for two more runs in the fifth, giving them a 3-0 lead. The three-run deficit proved too much for the Eagles (12-13) to overcome as the Lightning won the Class 4A, Section 3 title 3-2 on Wednesday night.

Eastview senior pitcher Ryan Fering threw 6 1/3 innings to keep the Eagles flightless until the top of the seventh inning. Fering finished with seven strikeouts and gave up five hits and two runs, both earned.

Nic Nelson came on in relief of Fering to finish off the Eagles. The senior had one strikeout and surrendered a walk.

Third baseman Logan Tollefson, a senior committed to Hamline, went 2-for-3 at the plate and garnered two RBI to spark the Lightning offense. He was the only hitter from either team to register multiple hits in the game.  Seniors Lucky Bolden and Josh Lafave both had a hit and a RBI for the Eagles.

The victory gives Eastview, which finished undefeated in section play, its first trip to the state tournament since 2012, when the Lightning beat Bemidji 1-0 in the Class 3A title game at Target Field. The Lightning moved up to Class 4A after the 2015 season. 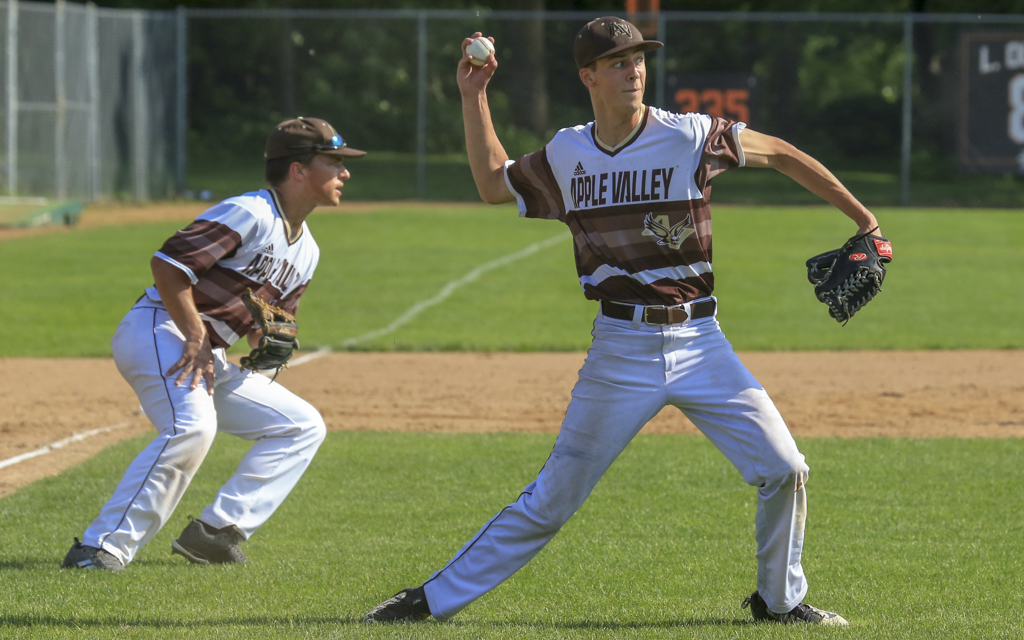 Apple Valley pitcher Zach Nelson fields a bunt against Eastview in the Class 4A, Section 3 championship. The Eagles fell to the Lightning 3-2. Photo by Jeff Lawler, SportsEngine