South Suburban baseball title sneaks up on Prior Lake 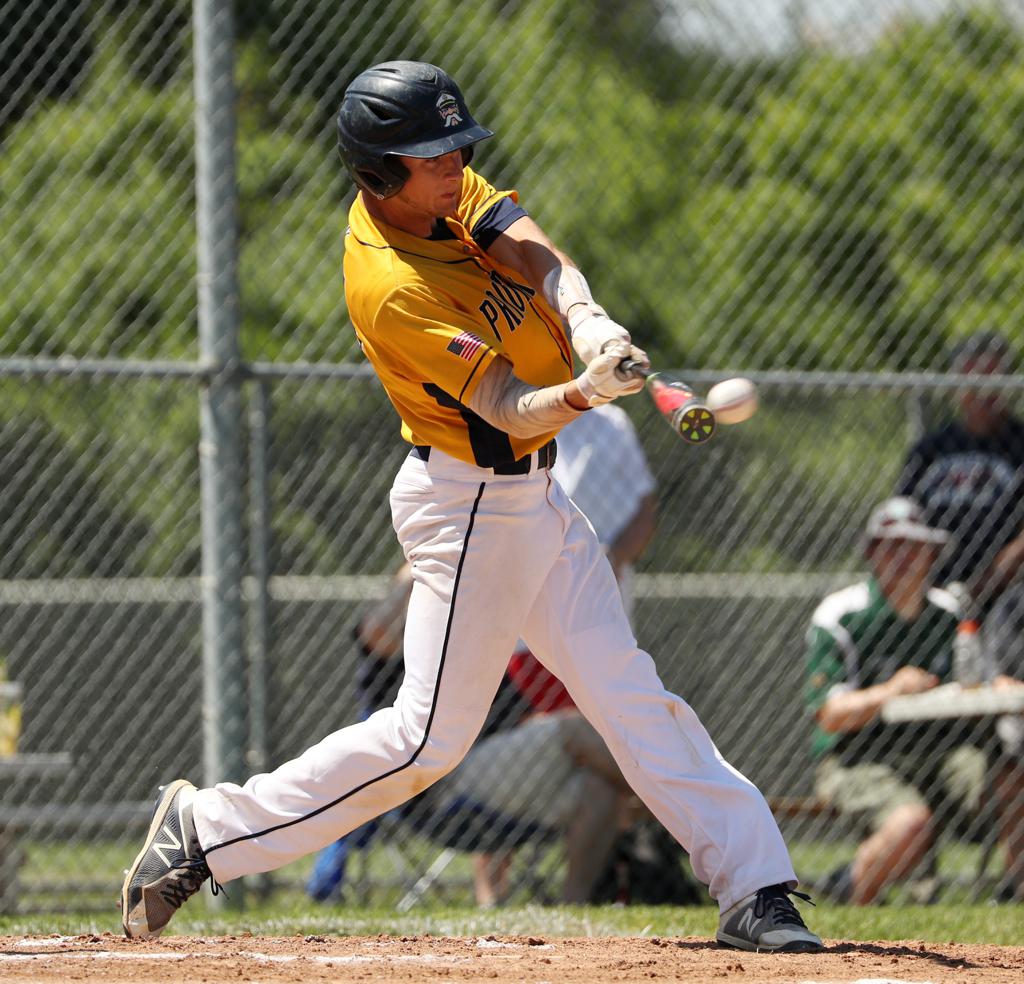 Prior Lake's Mitch Goodwin connected for a base hit. [ANTHONY SOUFFLE / anthony.souffle@startribune.com]

“What’s the most important game?”

That call and response between Prior Lake baseball coach Greg Nesbitt and his players was a regular occurrence this spring as Nesbitt tried to keep his team focused on playing one game at a time while it raced through a condensed schedule that forced it to play 20 games in 30 days.

The fifth-year coach’s mantra might have worked a bit too well. When the Lakers swept Eastview in a doubleheader May 21 to clinch their first South Suburban Conference title in their eighth season in the league, Nesbitt said they didn’t really know how to react.

“To be honest, it kind of snuck up on us. We try to keep that mind-set of focusing on that day, so I don’t think most of us realized we were in line to win the conference,” Nesbitt said. “When I told the kids it was kind of like, ‘OK, cool. What’s the schedule for tomorrow?’ ”

The Eastview sweep was the sixth time this spring the Lakers won both games of a conference doubleheader. They did the same against Rosemount, Eagan, Farmington, Burnsville and Lakeville North en route to a 15-3 mark, winning the league by three games.

During those 18 conference games, the Lakers allowed a league-low 49 runs and posted an earned-run average of 2.15. Nesbitt attributed those numbers to a pitching staff that threw strikes and kept the defense on its toes.

“We limited freebies, as well call them — walks and hit by pitches. If you do that, it keeps your defense awake and we have a pretty good defense,” Nesbitt said. “The pitchers just allowed them to make plays.”

Of course, the staff did more than just throw strikes. The four-man rotation of Cameron Bunkers, A.J. Lattery, Simen Restad and Alex Watermann combined for a 13-0 record in conference play. Watermann had a team-best 0.91 ERA and a 28-3 strikeout-to-walk ratio. Lattery had a 1.17 ERA and a team-high 36 strikeouts.

Jett Heinen was the first call out of the bullpen. He pitched in eight games and posted a 1.29 ERA in 21⅔ innings.

“With our schedule, we had doubleheaders on Mondays and Thursdays, so it was essential to have four guys. We’ve been extremely fortunate those guys have been consistent all year,” Nesbitt said. “They were always ready to go.”

The Lakers backed their consistent pitching staff with timely hitting. They came from behind to win several games and were 10-3 in contests decided by three or fewer runs. The lineup was anchored by a pair of third-year senior starters, catcher Ryan McDonald and shortstop Mitchell Goodwin. McDonald, who has signed with South Dakota State, hit a team-best .519 with a .667 on-base percentage, six home runs and 21 runs batted in. He struck out just twice in 75 plate appearances. Goodwin hit .321 and had three home runs.

Goodwin said the team bonded and improved through its shared work ethic this season.

“Every single guy on the team works his butt off in the offseason, and a good chunk of us head over to Starters [Sports Training in Shakopee] after practice and are there until 9 o’clock on schools nights. We just grind,” Goodwin said. “Every guy has stepped up at least one time throughout the season. We spread out the hits. We don’t have a weak spot in our lineup.”

The Lakers had hoped their deep lineup and pitching staff could help them advance to the state tournament for the first time in program history. They earned the No. 3 seed in Class 4A, Section 2 behind Edina (16-3) and Minnetonka (16-4). But back-to-back losses last week to Chanhassen and Bloomington Jefferson ended their season.

“Going into the season we just wanted to win games and make a run toward state. The conference was Step 1 and a steppingstone to our main goal of going to state. It gave us confidence,” Goodwin said before the playoffs began.

“We’re starting to realize if we do what we’re supposed to do we’re a really good team and no one is going to want to face us.”