The Hornets held off the Skippers thanks in part to a strong pitching performance from Will Eckland who threw 6 2/3 innings. 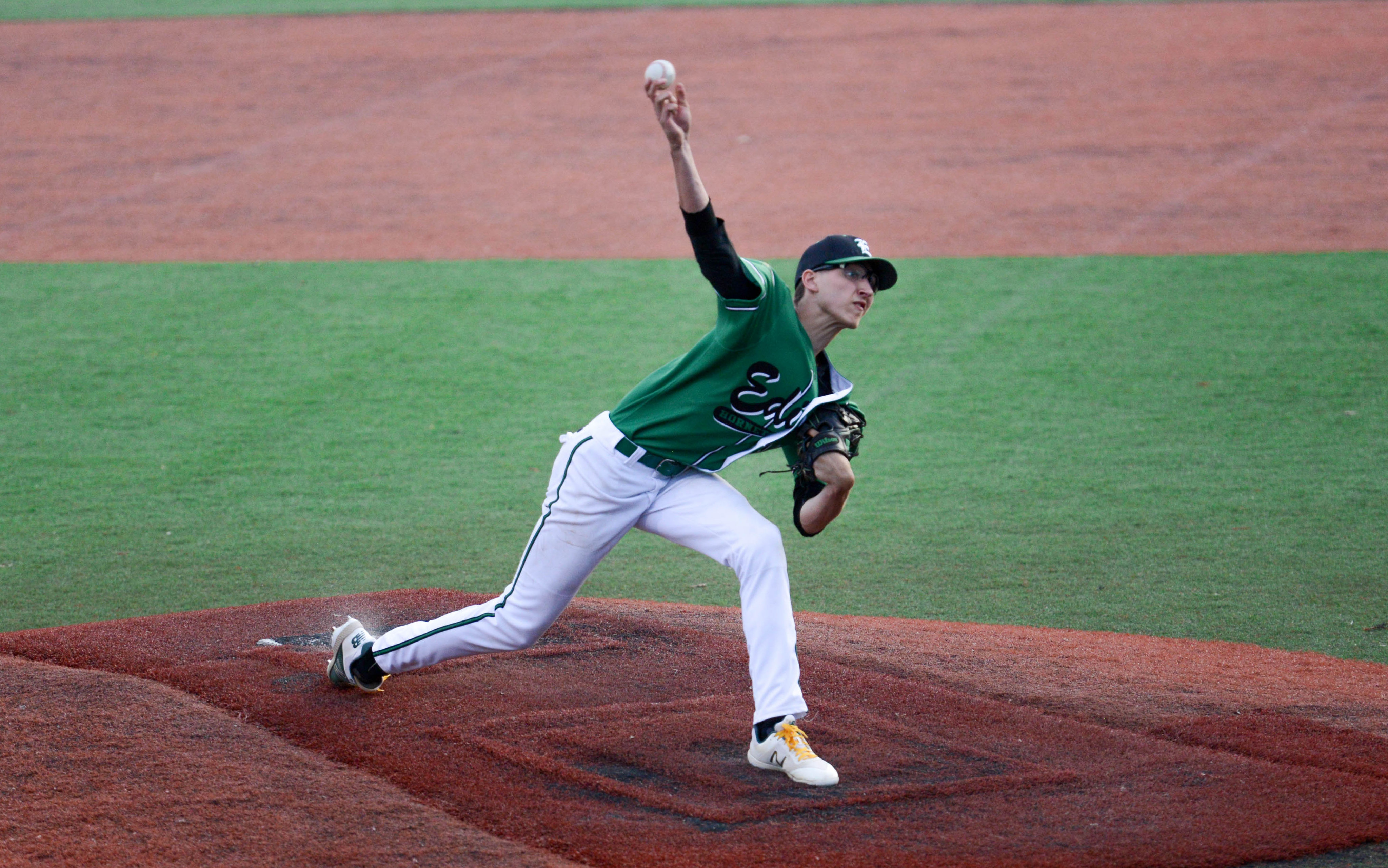 Edina pitcher Will Eckland (11) releases a pitch against Minnetonka. Eckland struck out 10 batters in 6 2/3 innings. The Hornets beat the Skippers 5-3. Photo by Carter Jones, SportsEngine 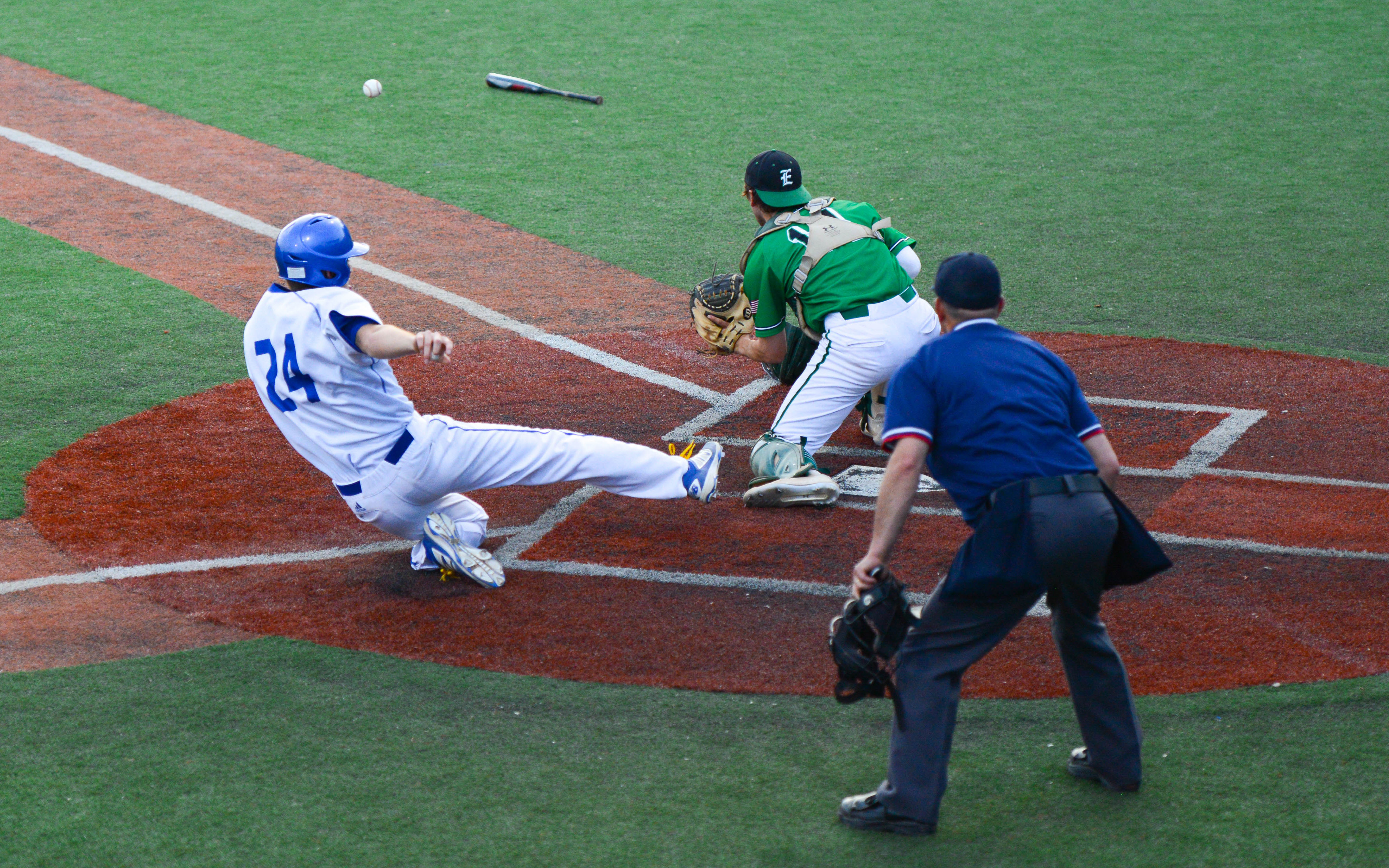 A Minnetonka base runner slides safely into home during a late-game rally. The Skippers lost to Edina 5-3. Photo by Carter Jones, SportsEngine 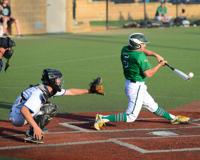 When Edina and Minnetonka first played this season on May 4, it was a wild game that ended with the Hornets winning 9-8 in walk-off fashion. With the score 2-1 after two innings on Wednesday night, it looked like it would be another high-scoring affair.

For the Hornets, any notion of a high-scoring game was quelled by Edina starting pitcher Will Eckland. The senior went 6 2/3 innings and picked up the win as the Hornets won 5-3 at Minnetonka High School to clinch the Lake Conference championship.

Edina (14-3, 6-1) was a consistent thorn in the side of Minnetonka's pitchers throughout the evening, starting in the top of the first inning when Hornets senior center fielder Charlie Fischer opened with a single and later came around to score. Edina finished with 12 hits in the win, with each of the Hornets starters getting at least one hit.

“We’ve had that kind of hitting all year long,” said Edina coach Carter Freeman. “If one guy is off, there are others there to pick up the slack.”

Aside from the Hornets torrid hitting, Edina also got some help from the Minnetonka defense, which made three errors in the loss.

“Those three errors were huge,” said Skippers coach Paul Twenge. “Everyone was a step or two away from where they needed to be.”

For Minnetonka (15-4, 4-3), there were struggles at the plate as well. The Skippers got on the board in the first inning thanks to a sequence with a hit batter, error and a single. But after the Skippers tied the game at one with a RBI single from senior third baseman Mason Nadolney, Minnetonka did not have another base runner until the sixth inning.

“There were a couple times where it just felt like pulling teeth out there,” Twenge said. “(Eckland) was in a groove. We didn’t do anything to disrupt that.”

Eckland cruised until the sixth inning, with the Army West Point commit retiring 15 Skippers in a row. He finished with 10 strikeouts.

“In the second inning, I got the first guy out on one pitch and that really helped me get back into a groove,” Eckland said. “I got more comfortable with every out.”

Eckland ran into trouble in the sixth inning. After Minnetonka strung together a pair of two-out hits, the Skippers cut the lead to one when Minnetonka scored both runners on an Edina error.

The Skippers looked to have all the momentum in Wednesday’s game in the top of the seventh inning until Hornets senior catcher Matthew Nunn got the Edina rally going with a single after falling behind 0-2 in the count with two outs. He would later come around to score after senior right fielder Chester Dixon ripped a RBI triple over the center fielder’s head.

“When you’re in that position, and they get that single, and then the triple, it’s like a knife that cuts your heart out,” Twenge said. “To win, you’ve gotta get those two-out hits and stop the other team from getting those two-out hits.”

After finding life offensively in the sixth, the Skippers made it interesting once again in their final at bat. A walk, single, and an error loaded the bases for Minnetonka with two outs. At that point, Eckland was forced to leave the game as he reached his pitch-count limit.

“It was tough to pull him there,” Freeman said. “He’s a bulldog. He gutted it out and pitched his best game. I loved seeing him do that.”

Once Eckland was lifted, Edina sophomore pitcher Noah Meffert was tasked with getting out of the jam and claiming that all-important last out. He finished the job for the Hornets, picking up a strikeout to end the game.

“That finish was unreal,” Eckland said. “That kid has ice in his veins.”

The win gave Edina the conference championship and could help the Hornets earn a higher seed in the Class 4A, Section 2 tournament. There’s a chance these rivals could face off once again as they are both in Section 2. But first, both teams will have one more regular-season game to build some momentum heading into the postseason.

“We need to find that Hershey bar that’s going to give us that energy to get through this postseason,” Twenge said. “We just have to take care of our own business.” 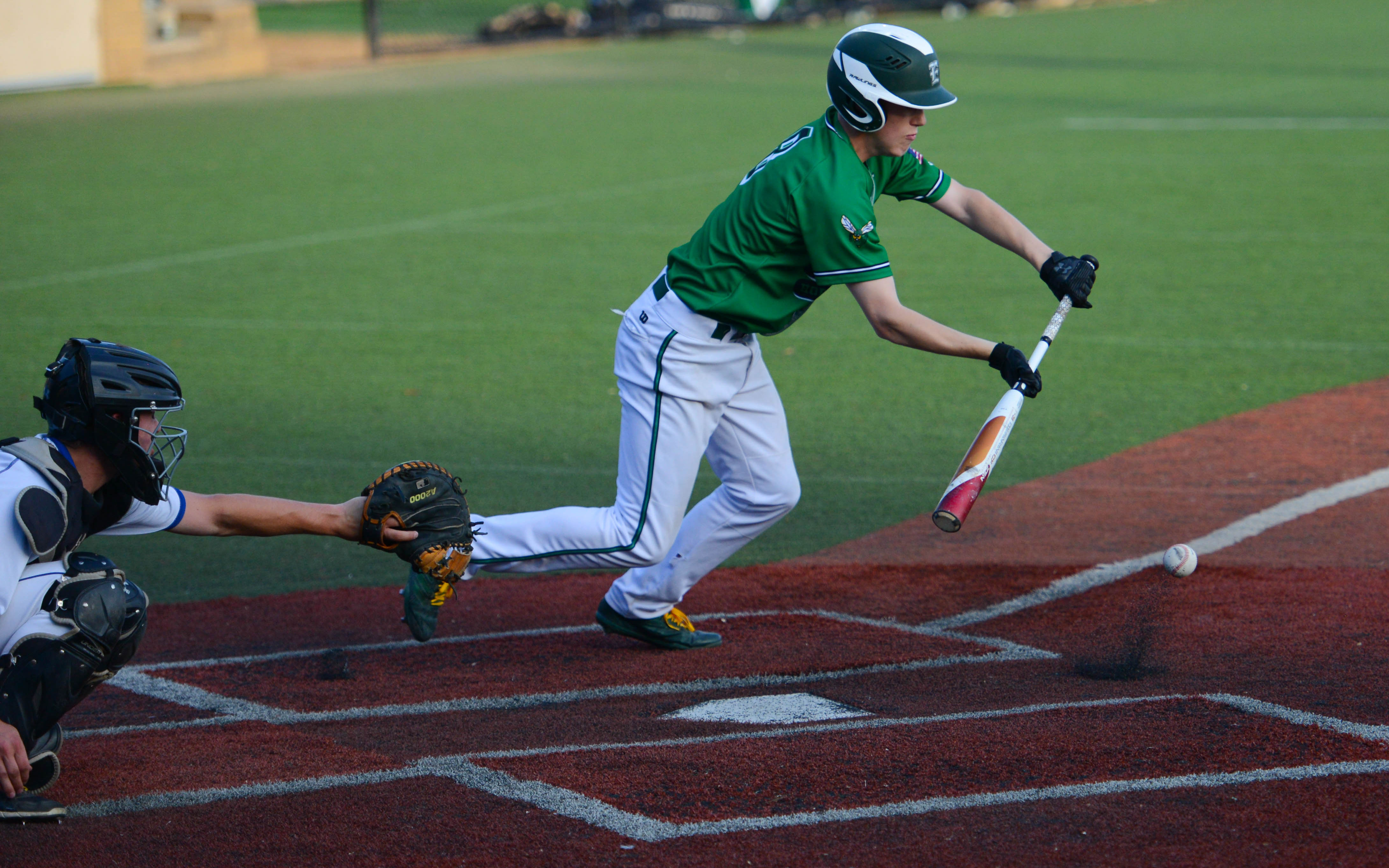 For the second time this season, Edina got the best of Lake Conference foe Minnetonka. After a walk-off 9-8 win on May 4, the Hornets defeated the Skippers 5-3 to clinch the conference championship on Wednesday at Minnetonka High School.

Edina strung together 12 hits in the win. In the first two innings, the Hornets (14-3, 6-1) tallied a pair of runs, thanks in part to senior center fielder Charlie Fischer. The Southern Mississippi commit opened the game with a single and run scored. An inning later, Fischer ripped a RBI double to make it 2-1.

After giving up a run in the first inning, Hornets starting pitcher Will Eckland was masterful. He retired 15 consecutive Minnetonka batters while going 6 2/3 innings. He picked up the win while allowing three runs on four hits and striking out 10.

The Skippers (15-4, 4-3) made things interesting in the final two innings. With two runners on in the bottom of the sixth, Minnetonka scored both runners on an Edina error. In the top of the seventh, though, Edina picked up a much-needed insurance run as senior right fielder Chester Dixon laced a RBI triple to extend the Hornets’ lead.

In the seventh inning, the Skippers threatened once again and knocked Eckland out of the game. However, Hornet sophomore pitcher Noah Meffert finished off the effort and got out of a bases-loaded jam to finish off the win.

For Minnetonka, its offense revolved mostly around Mason Nadolney. The senior third baseman went 1-for-3 in the loss and knocked in all three of the Skippers’ runs.