The Raiders scored seven runs in the first inning, setting up the win to keep them No. 1 in the Suburban East Conference standings. 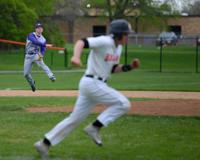 First-year coach and Cretin-Derham Hall alumnus Tony Cicalello is breathing new life into a decorated Raiders program that boasts 11 state championships, the most in Minnesota.

The Raiders were a fixture at the state tournament for nearly three decades, missing just eight tournaments in 27 years before a recent 10-year drought. Early this season, Cicalello and his coaching staff rewarded players for their achievements after practice with commemorative T-shirts and memorabilia, sharing a story related to each memento given out.

But it's not history nor records that are energizing this year’s lineup: it’s the players themselves.

The Raiders, never seeking shelter in the dugout despite a balmy 50-degree day with wind, remained raucous on the sidelines while at bat, shouting chirps to their teammates at the plate. Their bats joined in on the hollering match, ringing six hits that scored seven runs in the opening inning of a 12-1 five-inning rout of White Bear Lake Friday afternoon.

Cretin-Derham Hall (8-1, 7-1) claimed the top spot of the Suburban East Conference standings with the victory that extended its winning streak to four games after the Raiders lost their first game of the season 9-7 to Stillwater last Friday.

Cicalello spoke of the growth he’s seen from his team while on the week-long winning streak that matched the Raiders' four-win run to open the season.

“This past week, it’s been fun to watch them grow as a team, and individually,” he said. “They’re starting to gain confidence in themselves, and each other, and the energy level and showing up day to day — they were doing it before — but now that they’re seeing some results they’re playing even better.”

Leadoff batter Grayson Milosch hit a single on the second pitch of the game to kickstart the Raiders' offense. Ben Gallaher and Tommy Cummings followed Milosch with singles to load the bases and put pressure on White Bear Lake (4-7, 4-5) pitcher Trent Schoeberl, a Minnesota signee.

“We’re big on energy. Everyone feeds off that, so whenever we’re down and the game’s not going how we like it we have to try to keep the energy up,” Caron said.

Caron earned a T-shirt on the first day of the practice that celebrated Cretin-Derham Hall’s three-peat as state champions from 1996-98. His single in the first inning emulated the Raiders' style of play that’s been unchanged through the years.

“Back even when we were playing it’s been the same,” he said. “Throw strikes, make the routine play, and have quality at-bats and you’re going to stay in a lot of ballgames.”

Cretin-Derham Hall hit through the batting order in the opening inning and forced Schoeberl to throw 51 pitches. Playing with a lead and added confidence, the defense played backstop to Peter Udoibok who allowed just three hits and one run.

While riding one of the best starts in Class 4A, the Raiders aim to cap an unbeaten week with a win over East Ridge on Saturday. Caron said his team played with a lot of heart in their loss to Stillwater and hopes to return the favor by handing the conference rival Ponies a loss in their regular season finale before entering the playoffs.

"You can talk early in the year (about) wanting to win the conference, win section and going to the state tournament. But the day-to-day work and getting better,” Cicalello said. “Baseball is a funny game. Anything can happen any given day you just try to create that mindset that today’s new. Respect the game, respect the opposition and get your work done.” 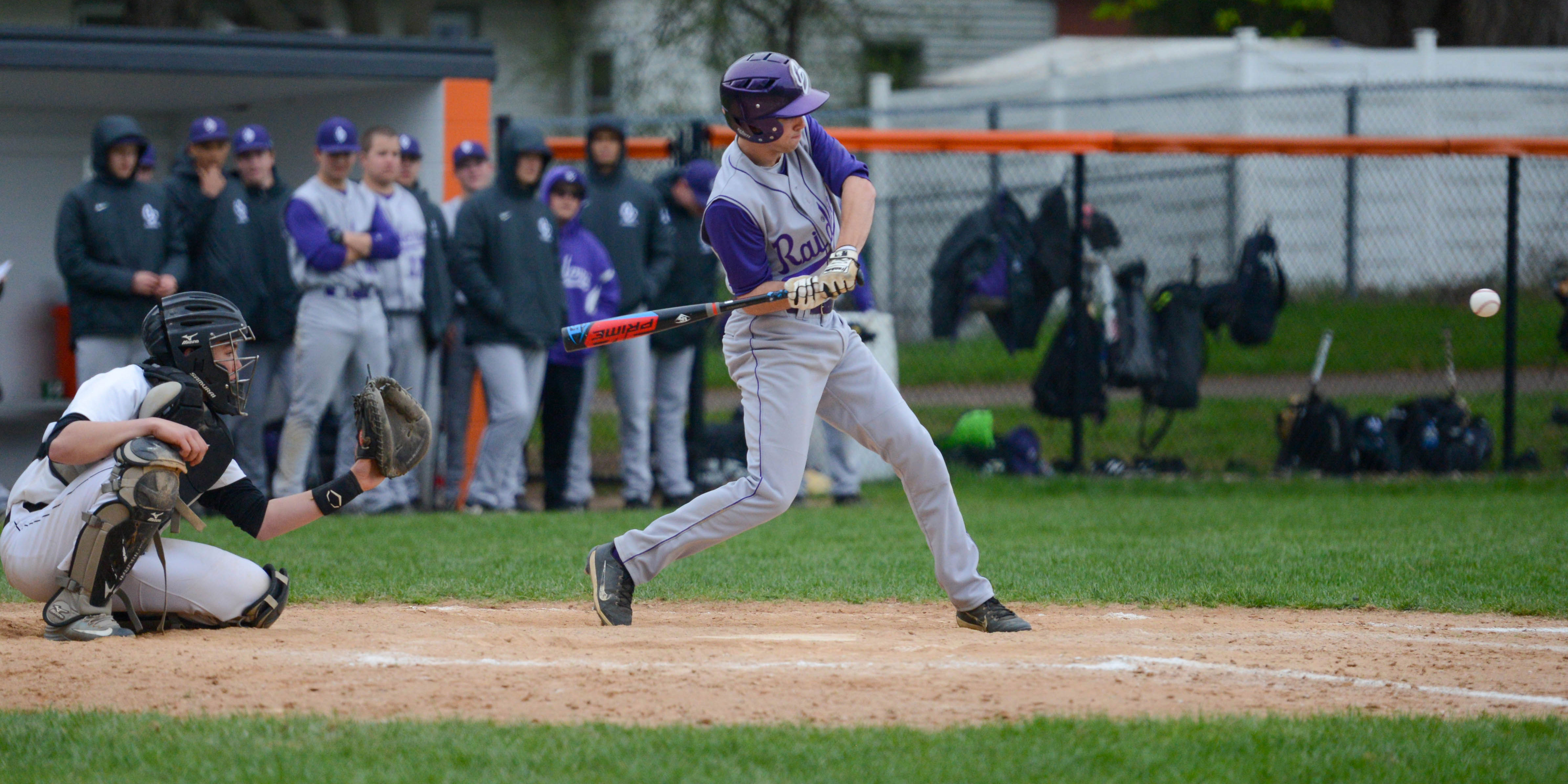 Cretin-Derham Hall shortstop Michael Caron (6) swings at a pitch against White Bear Lake. Caron had 2 RBI in the Raiders' 12-1 win over the Bears. Photo by Carter Jones, SportsEngine

Caron, facing a full-count with the bases loaded and two outs, singled through the infield to drive in a run and extend a seven-run first inning that kept Cretin-Derham Hall (8-1, 7-1) atop the league standings.

Grayson Milosch was perfect at the plate with three hits, while Jake Christianson matched Caron for a team-leading two RBI. 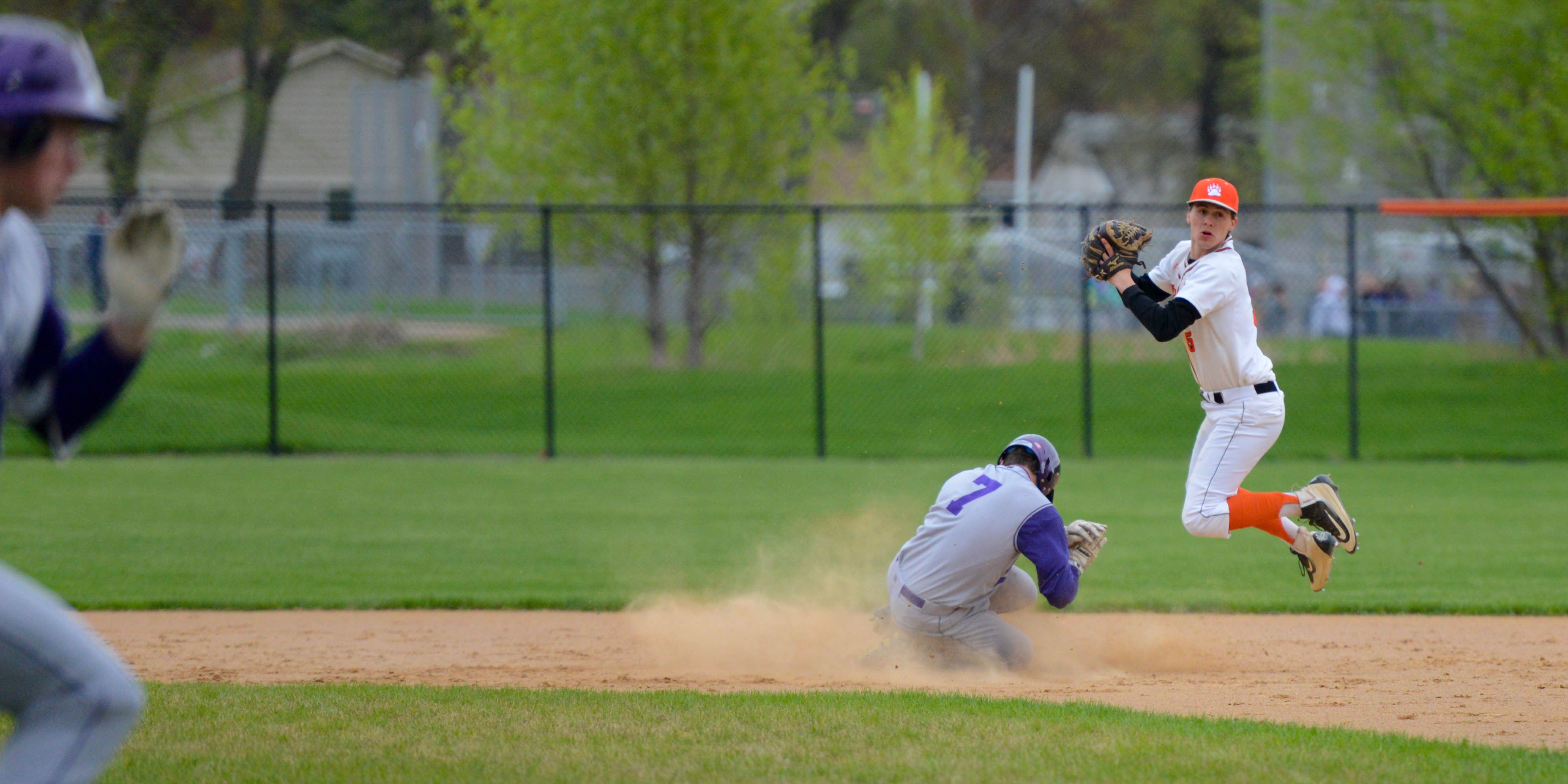