Minnesota high school pitchers have latched onto the growing popularity of training with heavier balls to improve arm strength and add pitch velocity. Baseball and medical experts stress caution is required as well. 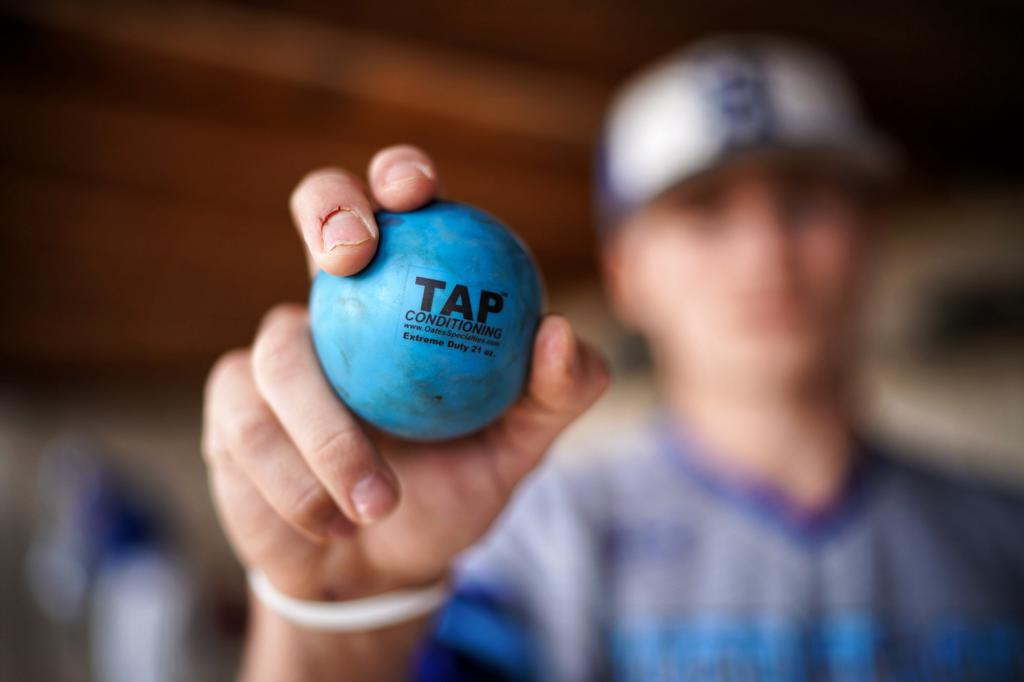 Heritage Christian senior Seth Halvorsen, one of the top pitchers in Minnesota’s class of 2018, held a weighted ball that he trains and warms up to help increase the velocity of his pitches. Photo: Glen Stubbe * glen.stubbe@startribune.com

The awareness and prevention of arm injuries in pitchers has become the biggest health concern in youth baseball. Strict pitch counts have been enacted at most levels, including high school. Arm care regimens are much more complex and detailed than the simple ice wrap of a generation ago.

At the same time, more young pitchers are seeking ways to improve arm strength and add velocity to their pitches. While most methods are sound, some have received mixed responses from baseball and medical experts.

Such is the case with the latest hot trend in pitcher training: Weighted baseballs.

The balls are the same size as a regulation baseball but weigh significantly more, or sometimes slightly less, than the standard five ounces. As specialized pitching training programs have proliferated, training with balls that are overloaded or underloaded in weight has become far more common.

“More kids are using weighted balls,” said Adam Barta, who run the Blizzard Baseball Academy, one of Minnesota’s top private baseball clubs. “When you do it correctly — weighted balls with a multitude of other things — it can provide pretty tremendous results.”

The growing popularity of weighted baseballs can be traced to their use by high-profile major leaguers, including Cleveland pitchers Corey Kluber and Trevor Bauer, and New York Yankees pitcher Aroldis Chapman.

For a young pitcher looking to get noticed by a college recruiter or scout, such claims can be difficult to pass up. 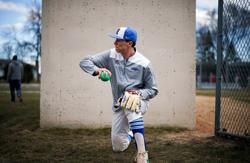 Heritage Christian pitcher Seth Halverson warms up with weighted baseballs, some of which he throws against the side of a concrete dugout. Photo: GLEN STUBBE ¥ glen.stubbe@startribune.com

Ramping up the speed

Heritage Christian senior Seth Halvorsen is at the top of Minnesota’s class of 2018. The senior righthander, who has signed with the University of Missouri, was throwing pitches in the low 80s mph as the end of his sophomore year. Looking for added zip on his fastball, he took up training with weighted baseballs before his junior year.

“I felt I needed to gain velocity in order to get into a good college,” he said.

“I picked certain exercises I thought fit me well,” he said. “After last season, I topped out around 92 [mph]. By the end of last summer, I’d topped out at 96.”

Not all of that gain can be attributed to just weighted baseballs. Physical maturity played a role in his increased velocity, but he believes strongly that overloaded balls were the main reason.

“I definitely saw a jump in velo,” he said. “I don’t think everyone will get the same jump I did, but I definitely recommend it.”

Halvorsen is far from the only high school pitcher using weighted balls. Minnetonka ace Nick Lommen warms up with a seven-ounce ball. Mounds View pitcher Ian Bahn trains with them regularly. Defending Class 4A champion Eden Prairie has seen their usage grow in recent years. “We went from two pitchers using them in 2016 ... to eight or so using them this year,” said coach John Buteyn.

Baseball trainers like Barta and University of Minnesota pitching coach Ty McDevitt agree that weighted balls have a place in a training regimen, but stress caution when incorporating them into a program.

“Overloaded and underloaded balls are part of our throwing protocol, but we make the athletes check all the boxes,” McDevitt said. “All athletes have to be healthy and free of certain red flags. And all have to be relatively sound mechanically before jumping into any program like that.”

They agree that weighted balls are just part of a bigger picture and are not an HOV lane to a better fastball. 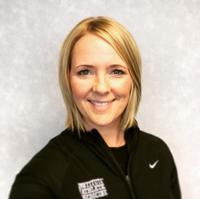 Erika Sandell, physical therapist and coordinator of Thrower's Injury Program at the Institute for Athletic Medicine.

In her time as the coordinator of the Thrower’s Injury Program at the Minnesota Institute for Athletic Medicine, physical therapist Erika Sandell has dealt with nearly every arm injury a pitcher can have. That’s why she’s not comfortable recommending the use of weighted baseballs for athletes who are still maturing.

“The biggest reason is that it’s totally dependent on how they’re used,” Sandell said. “There is such a dynamic difference between the stature and strength of 14-year-olds. It’s probably not the best thing until kids are at least past puberty.”

It’s better, but not quite as alluring, for young pitchers to focus on developing sound pitching habits.

The ASMI concluded that balls of similar weight to a standard baseball, between four and seven ounces, have very little difference on the stress and torque on elbows and shoulders. Heavier balls, however, result in a significant difference in mechanics and lighter balls put added stress on the joints.

Another study compared pitchers training with a series of differently weighted balls, from two ounces up to 32 ounces, against a control group of pitchers who trained solely with standard baseballs. The results were mixed, with those in the weighted ball program showing an increase in velocity but also a 24-percent increase in injuries.

Sandell believes the increases in velocity can also be attained through natural physical maturity and a focus on strengthening the muscles around the joints.

“Throwing a ball between four and seven ounces doesn’t change the mechanics, but I scratch my head, thinking ‘Are you really doing anything if you’re just changing one ounce, more or less?’ ” Sandell said. “Isn’t it better to build up your legs and your core? I’m not a pitching coach, I’m a mechanics coach. I want to make sure your body is ready to pitch.”

Dr. Michael Freehill is an orthopaedic surgeon specializing in disorders of the shoulder and elbow. He’s worked with baseball players at all levels up to the major leagues and agrees that most of the gains made by using weighted baseballs can be replicated with other methods of training.

“You might have a kid throw 80 and after two years, he’s throwing 85 to 89 and he got there by growing and maturing,” Freehill said. “Could they get there quicker with weighted programs is still up for debate.”

The bottom line, most agree, is that training with weighted baseballs can be beneficial as long as it is carefully monitored and part of a comprehensive training program.

And adding velocity may gain attention, but pitching is about much more than simply throwing hard.

“Throwing hard will get you that first look,” Barta said, “but being able to pitch and get outs will keep you in the game.”

Twin Cities orthopaedic surgeon Dr. Michael Freehill has five key points to consider before and during training with weighted baseballs.
1. Is the player skeletally mature? Is he done growing?
2. Proper screening and assessment of core strength, rotator cuff health and appropriate motion in the shoulder and elbow.
3. A progressive program of 12 to 14 weeks of prep work, ramping up before introducing weighted balls.
4. Balance weighted ball training with core strength training.
5. Must have proper throwing mechanics.