Because of all-turf field, Minnetonka got a jump on other baseball teams this spring

Minnetonka’s baseball team is benefitting from playing games at its all-turf stadium. 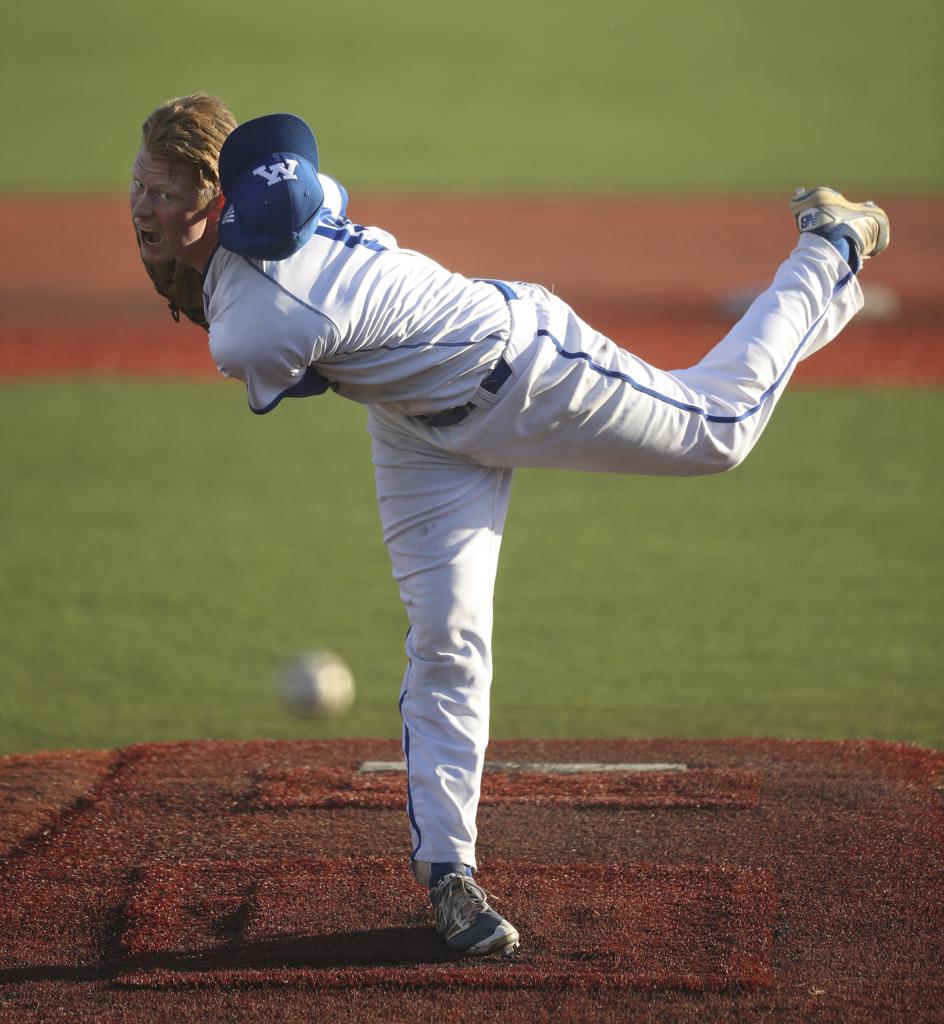 While baseball teams across the state spent March and much of April cooped up in gymnasiums and inflatable domes, Minnetonka had the luxury of getting outside to practice and play games.

The Skippers, one of the state’s top Class 4A programs, call Veterans Field home. Built in 2007, it was Minnesota’s first all-turf baseball stadium, which made it usable when other teams were gazing at snowdrifts on their ballfields.

Except for a few days in the aftermath of snowstorms, Minnetonka has been practicing outside since late March. It’s one of the few teams that has been able to play most of its games. Through Tuesday, the Skippers had played five games, all at home, posting a 4-1 record. When they hosted Anoka for a scrimmage Monday, it was the first time the Tornadoes had been outdoors this spring.

“We’re spoiled here,” senior second baseman Jarod Wandersee said. “When it was cold, we just brushed the snow off and practiced.”

Senior lefthander Nick Lommen, the Skippers’ No. 1 starter, said getting the opportunity to train outside has been invaluable.

“It’s so much different being outside instead of inside,” said Lommen, who has signed with the University of Missouri. “Getting to throw on the mound and throw long versus being inside, on flat ground. It’s helped us tremendously.”

Minnetonka is a program that rarely wants for talent. The 2017 Skippers graduated 17 seniors, 13 of whom have gone on to play college baseball. While the current group may not have the top-end performers of a year ago, when seven players went Division I, the Skippers are certainly skilled. What they lack is varsity experience, as many of them played on the JV team a year ago. Not having to wait for better weather has hastened their development.

“[Much of] this team hasn’t played together before this year,” coach Paul Twenge said. “They’re learning how to play together.”

Lommen, one of the few varsity holdovers from a year ago, has been playing with this group for the better part of five years. He says the current Skippers have an intangible that was lacking in previous teams.

“The biggest thing is that we all hang out with each other,” Lommen said. “I can pick out five guys I’ve hung out with in the last few weeks. We’ve got guts and we’ve got heart, and we all want to be out here playing with each other.”

Senior Mason Nadolney, a captain alongside Lommen and Wandersee, pointed to an incident early in the season that illustrated the resolve of the current team.

“We were going to practice outside, but it was cold and coach called off practice,” recalled Nadolney, a power-hitting third baseman who has signed with Jacksonville University. “Instead of leaving, the whole team stayed after and we practiced on our own. We all kind of looked at each other. No one said it, but it was like ‘We’re staying. We’re going to get our work in.’ ”

While previous Minnetonka teams have had elite talent, that hasn’t translated to elite success. Minnetonka has made 10 state tournament appearances without winning a championship and has not been back to the tournament since 2013.

Like most coaches, Twenge doesn’t want his team losing focus by looking too far ahead, but he’s not afraid to drop a mention of the state tournament into his talks with the team. There has to be a goal, after all.

“Winning the state tournament is the goal,” he said. “This team isn’t going to do it with four or five D-I players. If this team is going to do it, it’s going to be 12, 13 guys coming together. Everyone is going to have to play a part, and then, maybe, we might sneak in there.”

That, said Nadolney, is exactly the plan.

“We know we can get there,” he said. “We’re a fighting team. We won’t give up. We’re willing to grind out what needs to be done.”