After a fast start, Totino-Grace rides momentum to victory over Wayzata

The Eagles plated six runs through the first four innings, which proved to be enough for them to hang on for the victory. 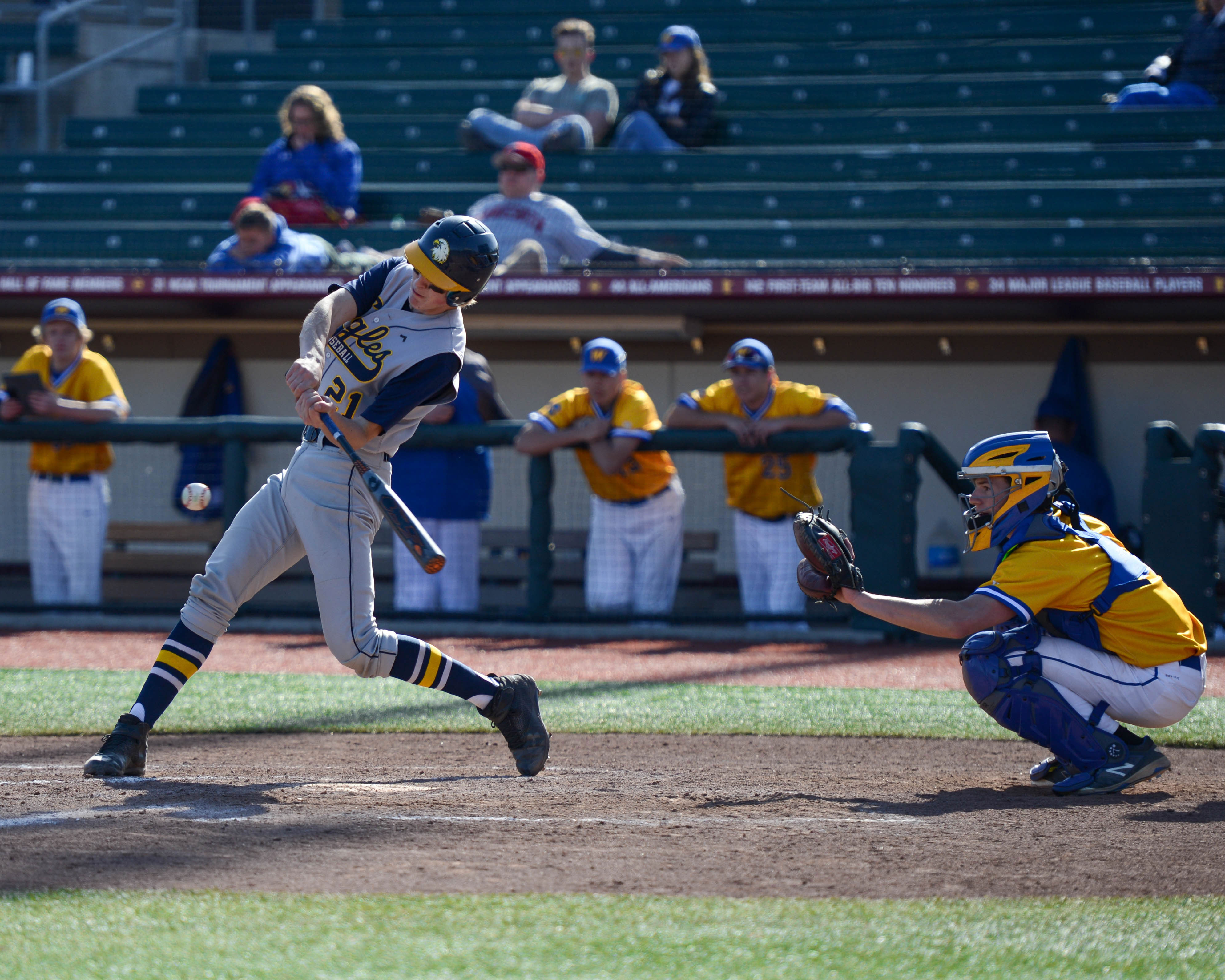 Totino-Grace's Eric Rataczak (21) swings at a pitch against Wayzata at Siebert Field on Saturday. The Eagles defeated the Trojans 7-4. Photo by Carter Jones, SportsEngine 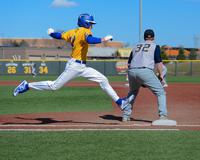 With the extended winter weather that plagued Minnesota for the first two-thirds of April, Siebert Field at the University of Minnesota has become a blessing for high school baseball teams looking to get games in while their fields are still recovering.

With the weather starting to cooperate, teams are able to finally start their seasons, and players are excited about it.

“Every day is like Christmas morning (for these guys),” Totino-Grace coach Mike Smith said about the attitude of his players on game days.

If this felt like Christmas for the players, the Eagles got the better gifts Saturday, as they beat Wayzata 7-4.

It was clear that the lack of playing time affected this game. Both teams made mistakes in the field and erratic pitching led to runs scored without forcing batters to do anything.

Wayzata coach Bobby DeWitt credited the sloppiness more to a lack of not playing outdoors rather than a lack of playing games.

“We haven’t had an outdoor practice yet,” he said.  “A lot of these guys are playing over the winter so they’re not coming in having not played for three or four months. We’re still just trying to find our rhythm and our momentum and I think the more we’re outside the better off we’ll be.”

The Eagles wasted no time getting on the scoreboard with Daniel Claussen hitting the first pitch of the game for a triple. He went on to score on a wild pitch before the second batter, Steven Hand, could finish his at bat. Totino-Grace scored three runs in the first two innings, and then the Eagles blew the game open with a three-run top of the fourth. Claussen had a two-run single and Hand added an RBI-single to give the Eagles a lead they never lost.

Delaney Dahl was the highlight of Wayzata’s game, getting on base in all four of his plate appearances. He scored the first run of the game for the Trojans off a wild pitch.

Both teams saw plenty of action this weekend, as schedules have been condensed to make up for postponements. The Eagles (2-0, 1-0) played on Friday, a 13-inning game that they were able to win 3-2 at Andover.

The Trojans played Friday and had a doubleheader today at Siebert Field. They lost all three games, keeping a Trojans (0-4, 0-2) team that made the Class 4A state tournament a year ago out of the win column.

Now these coaches have to prepare for the probable overload of games in May. DeWitt emphasized how important pitching will be when they have to play four to five games a week.

“We need guys that can go four to five (innings) a game, and also be able to bounce back quickly,” he said

Smith wants to make sure his team continues to have fun while the games pile up. His team has been begging to get outside and play, and he knows it might become a grind as the season progresses with the truncated schedule.

“We’ve got to consciously decide to do that as coaches and as players, to keep that energy up, and hopefully we can cause it’s going to be a lot (of games) in a little time,” he said. 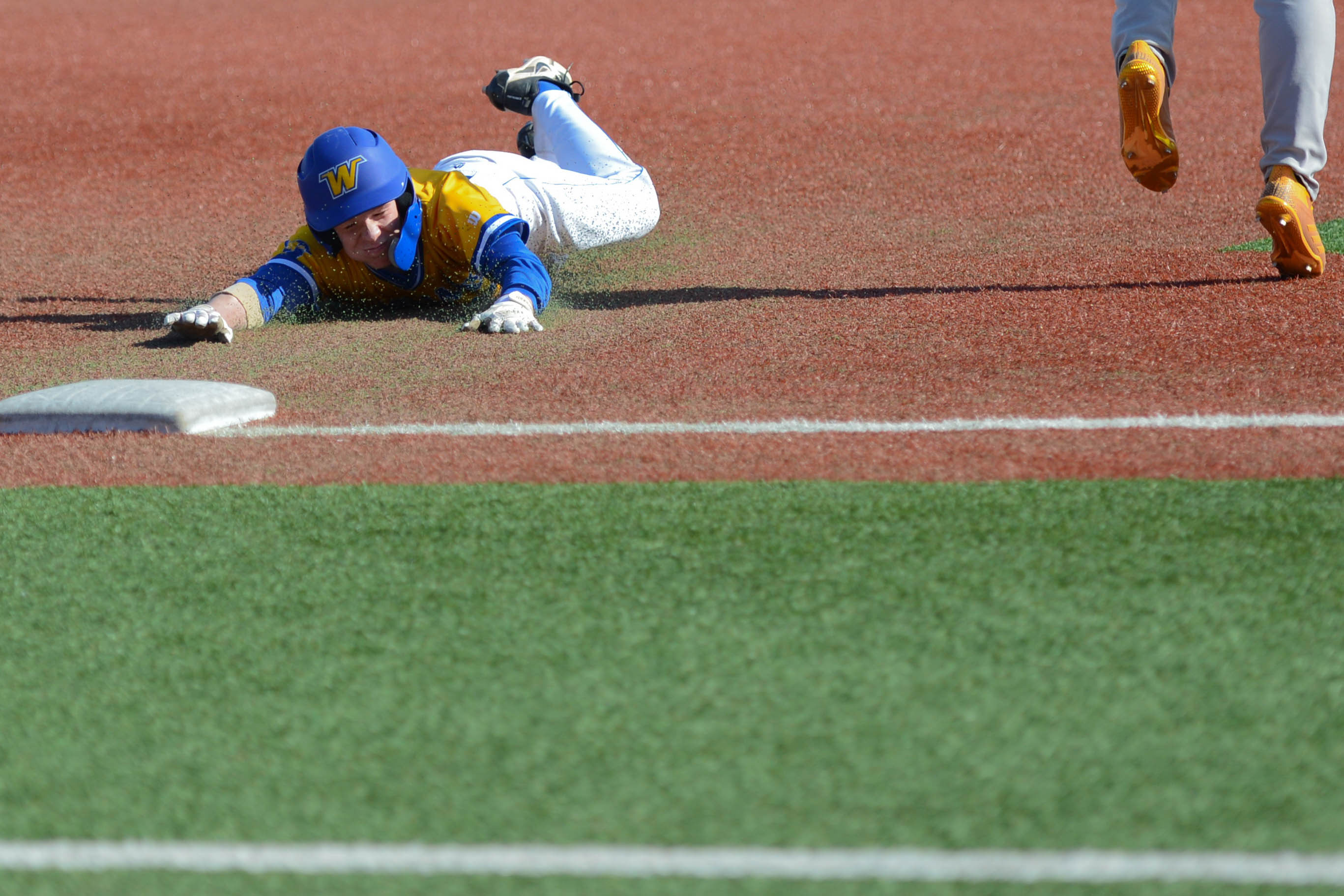 A Wayzata baserunner slides into third base against Totino-Grace during the Trojans' 7-4 loss to the Eagles Saturday. Photo by Carter Jones, SportsEngine

On Saturday Totino-Grace and Wayzata played at Siebert Field on the campus of the University of Minnesota after the programs had to get creative with scheduling to work in games due to the nightmare spring weather. The Eagles outlasted the Trojans, picking up a 7-4 win — their second in consecutive days.

For the Trojans, this was their second game of the day, after playing an earlier game at Siebert Field against Forest Lake, which they lost 7-2. Following that with a loss against the Eagles has kept Wayzata (0-4, 0-2) out of the win column through four games after the Trojans played in the Class 4A state tournament just a year ago.

It was obvious that this was a game played between two teams with not much playing time this season. Three runs were scored off wild pitches/passed balls, and there were a few hit batters and a couple routine errors you wouldn’t expect to see from two top teams.

Totino-Grace (2-0, 1-0) wasted no time scoring the first run, as Daniel Claussen hit the first pitch of the game for a triple. He would score on a wild pitch before the second batter, Steven Hand, could finish his at bat. Claussen finished the game with two RBI. Hand, Jack Kroehler and Ben Iannazzo each picked up a RBI as well.

Wayzata’s best performance came from Delaney Dahl, who reached base on all four of his plate appearances and scored a run. 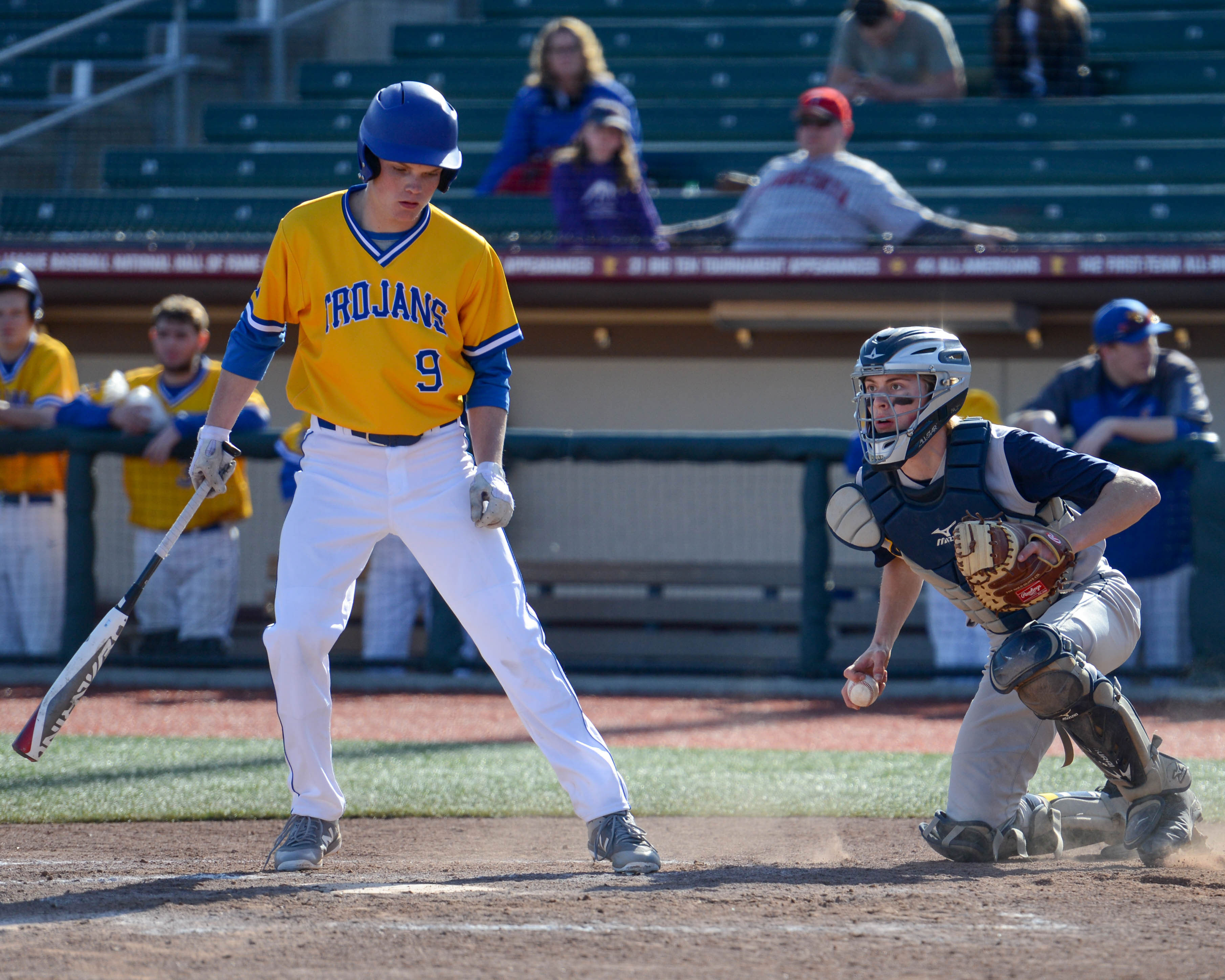