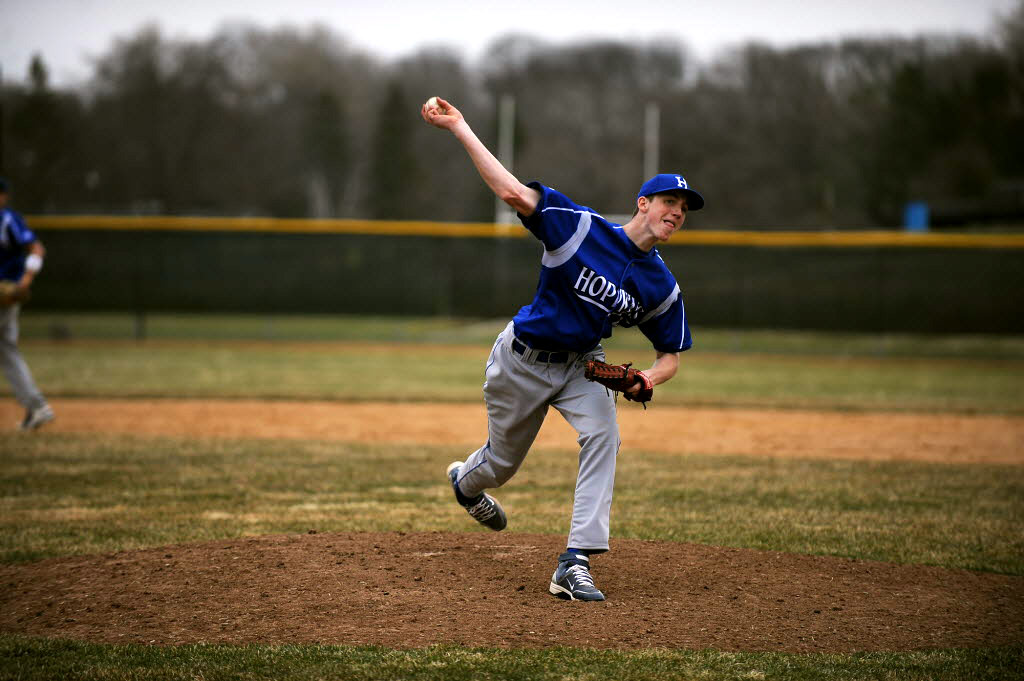 Last year, Hopkins’ sophomore-laden baseball squad exceeded expectations to tie for second place in the Lake Conference before being bounced 6-5 by Holy Angels in the second round of the section playoffs.

The talent was there for the young Royals, but they lacked experience. This season, junior pitcher Tim Shannon said, is a different story.

“A big [problem] we had last year was we could just never find a way to win the close ones,” Shannon explained, later adding: “We have a lot higher expectations this year.”

Last year’s experience already appears to have paid dividends for the Royals.

After cruising to a 9-2 victory over Richfield in their Wednesday season opener, on Saturday their grit was put to the test in a 10-inning, 6-5 victory over Benilde-St. Margaret’s.

Shannon started and was in control until the top of the fifth inning, when a three-run blast by Benilde junior Joe Melles tied things up at 5-5. The sudden, deflating momentum shift threatened to put the Royals on the losing end of another close contest, but they did not panic.

Instead, after the sixth inning, Shannon’s fellow returning junior Matt Sinderson shed his catchers’ equipment and took over mound duties for the first time ever in a varsity game. He pitched four shutout innings before hitting a walk-off single in the bottom of the 10th.

“He’s earned a chance to pitch again for us, I’ll say that,” Royals coach Neil Lerner said afterwards of Sinderson.

The victory epitomized the mettle Hopkins likely will have to show to succeed in a Lake Conference that was already rife with parity and which now features defending 3A champion Eden Prairie.

“Any given day, anyone can win,” senior third baseman and pitcher Billy Gregg said of the conference, in which the Royals earned their second-place spot last year with a .500 record.

Asked whether this year’s Royals are more confident than last year’s team, Sinderson said, “Absolutely. Last year, six of our guys were sophomores and we were kind of shy and scared, but now we’re champing at the bit to prove [to] everyone Hopkins isn’t just a basketball school.”

However, after watching its boys’ and girls’ basketball counterparts both lose state titles to Hopkins this year, Eden Prairie’s baseball team — which returns several key starters and again is projected as a favorite — might beg to differ.

“Mike Halloran’s a great coach and they have good players over there … in my opinion they’re a clear favorite,” Lerner said of Eden Prairie.

“But,” he later added, “I would think teams like us and Benilde, we [have shown] we can play with any teams.”

Sinderson credited Lerner and his staff for the development of the young team since last season. Last year the sophomores had to earn Lerner’s trust, Sinderson said — “but now when I step in the box and hit he just gives me the nod and says, 'Do what you need to do.’ ”

Andrew Baker is a University of Minnesota student reporter on assignment for the Star Tribune.