The Blaze right-hander was given the award following an impressive senior season. 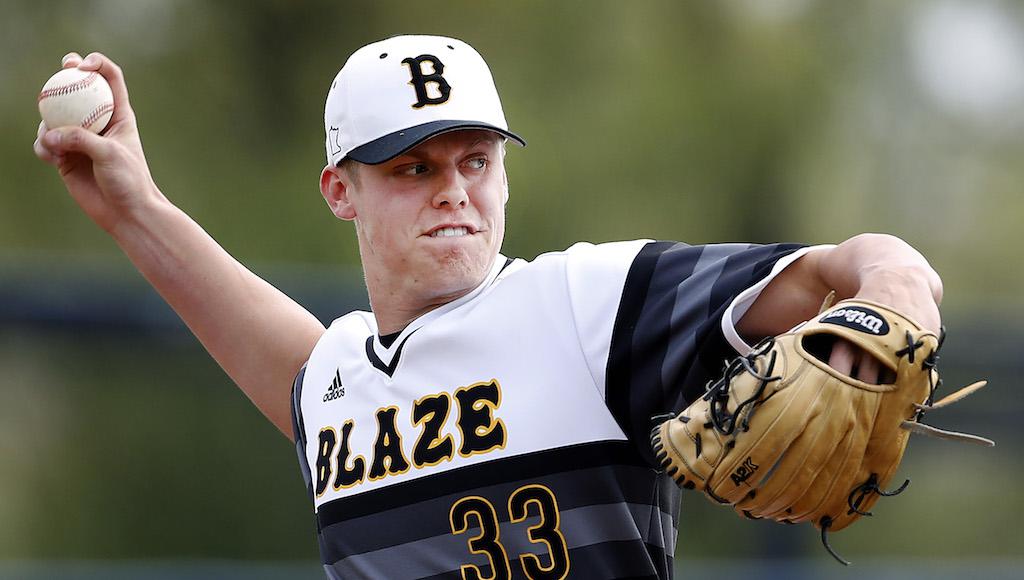 Sam Carlson led Burnsville in a number of pitching and offensive categories in the regular season, and the Blaze right-hander was honored for his performances by being named Mr. Baseball.

The Play Ball! Mr. Baseball Award is given to Minnesota's top senior player by the Minnesota Twins and Minnesota Minute Men, and the winner is chosen from seven finalists named by a select list of college coaches and professional scouts.

Carlson paced Burnsville's pitching staff with four wins and one shutout in 28 innings on the mound. He gave up just two runs in five regular season games to finish with a 0.50 ERA and 36 strikeouts.

In section play, Carlson registered a 0.64 ERA, allowing one run and striking out 15 while pitching 11 innings to help the Blaze advance to the Class 4A state tournament.

Carlson was also named the Star Tribune’s 2017 Metro Player of the Year and had committed to the University of Florida before being selected by the Seattle Mariners in the second round (55th overall) of the MLB draft.