Minnesotans taken in the MLB Draft

Seven current or former Minnesota high schoolers were selected in the 2017 MLB Draft. 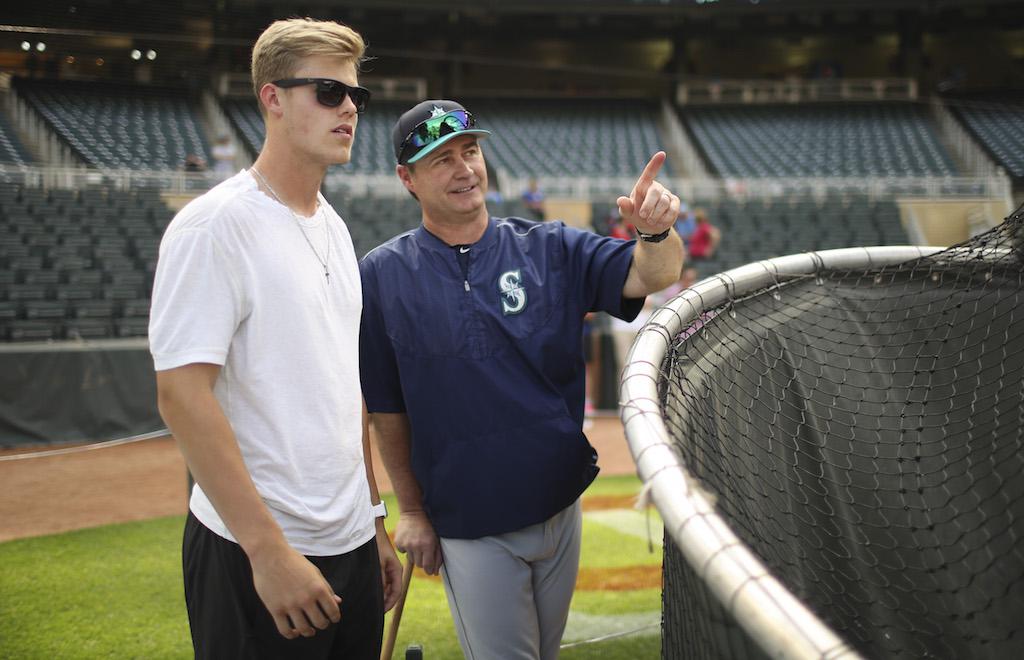 Sam Carlson: The Star Tribune Metro Player of the Year signed with the Mariners for $2 million and will report to one of Seattle's rookie ball minor league affiliates. The Burnsville senior was committed to Florida.

Mike Baumann: Baumann finishes his college career with a 3.17 ERA and 251 strikeouts over 246.2 innings pitched. The Jacksonville University junior was originally selected by the Twins in the 34th round out of Mahtomedi High School.

Dalton Lehnen: The left-handed pitcher from Lakeville who transferred from Cincinnati to Augustana (S.D.) for his junior year, posted a 2.60 ERA and struck out 61 batters over 52.1 innings pitched in his lone season with the Vikings. Lehnen signed with the Yankees for $245,100.

Brody Rodning: Rodning wrapped up a stellar junior season for the Mavericks, going 6-4 and limiting opponents to a .213 batting average over 12 starts. The lefty from Gaylord, Minn., has not signed a contract with the Blue Jays.

Luke Ringhofer: Ringhofer, a junior at South Dakota State, entered the draft with a career .323 batting average and .863 OPS for the Jackrabbits. Ringhofer was a three-time all-Suburban East Conference selection at East Ridge.

Max Meyer: The Twins took a flier on the 2017 Mr. Baseball finalist Meyer in the 34th round of the draft. Meyer is committed to the Gophers and will likely head to Dinkytown in the fall to take the next step in his promising career.

Trevor Koenig: The 6-10 lefty from St. Cloud Tech found out he had been drafted by the Brewers a day before starting the Class 3A state quarterfinal game. Koenig is committed to St. Cloud State and is expected to honor his commitment to the Huskies.