The Wildcats, ranked No. 1 by Let’s Play Baseball, are working on a perfect season, but the Bluejackets possess outstanding hitting at the bottom of the batting order. 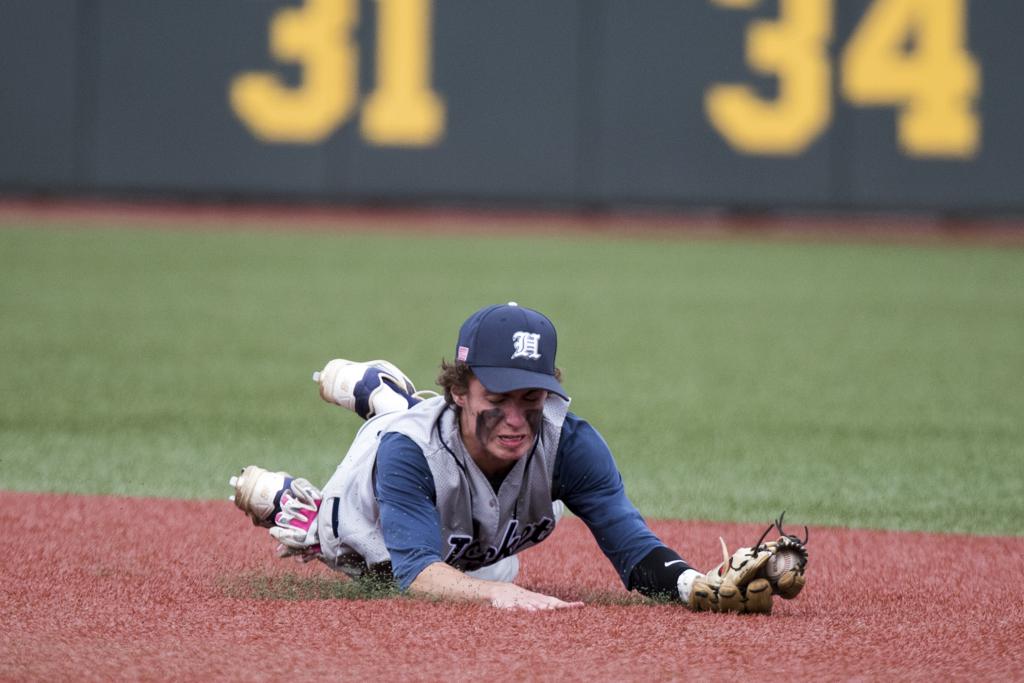 Riley Versich hit the turf to make a putout for Hibbing, which has lost in three previous Class 3A title-game appearances.

Why Waconia will win: The Wildcats, ranked No. 1 by Let’s Play Baseball, are working on a perfect season. With their flair for the dramatic, there is no reason to believe they fall now while looking to become only the ninth unbeaten champion in state history. They have three consecutive walk-off victories, and four of their past five victories have been by one run.

Why Hibbing will win: The bottom of the order. Hibbing’s last four hitters in the lineup — Anthony Kanipes, Dylan Mattson, Andrew Mickelson and Will Durie — are hitting a collective .519 (14-for-27), with 10 RBI and nine runs scored. “This is a dream come true,” Durie said. “We get to play for a state championship at Target Field.”

Key to watch: The final inning, whenever that is. Neither of these teams will go down easy. Look at what they both have pulled off recently; it has occurred on more than one occasion for both. “We never say die,” Waconia third baseman Jacob Hendricks said.

Did you know? Murphy, a lucky leprechaun, sits atop the Hibbing dugout. He made his debut in the Section 7 championship after a 48-hour rain delay with the Bluejackets trailing Duluth Denfeld 3-0 with two outs in the fourth inning. They scored 13 runs in the last three innings to win. Hibbing has appeared in three previous championship games, and finished runner-up each time. Can Murphy help deliver a pot of gold?