Drafted by Seattle, Burnsville's Sam Carlson hangs out with Mariners before Twins game

Drafted by Mariners, pitcher gets to hang out with them before game. 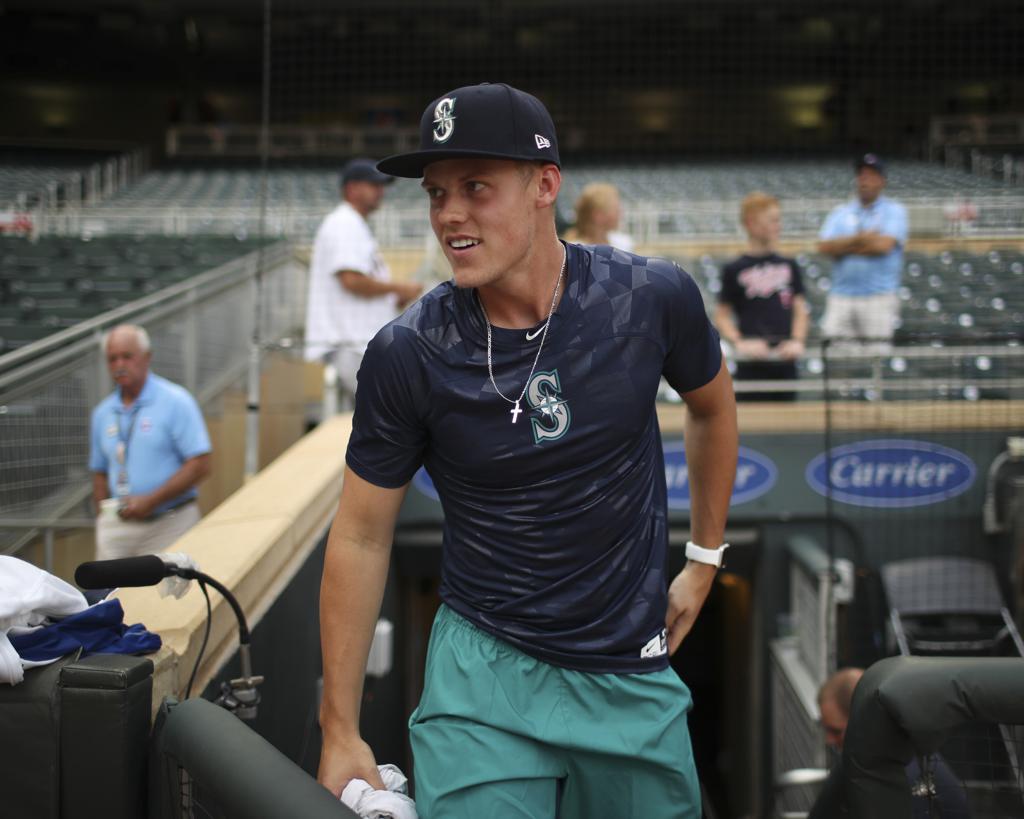 Burnsville righthanded pitcher Sam Carlson didn’t have to travel far to catch up with the welcoming committee of his possible future employer at the professional level.

The Seattle Mariners had Carlson in the clubhouse and on Target Field during batting practice Tuesday before their game with the Twins. The Mariners selected Carlson in the second round with the 55th pick of the Major League Baseball draft a night earlier.

“It’s pretty amazing that they’re in town, and I can come to a game,” Carlson said.

“I’ve been dreaming about winning the state tournament since watching the team of 2011 win it,” Carlson said. The Blaze rallied to beat Maple Grove 6-5 in the final that year.

In other local draft news:

• Junior righthander Michael Baumann of Mahtomedi wasn’t too far behind Carlson in being drafted. He was selected by the Baltimore Orioles in the third round with the 98th pick.

The Jacksonville University standout has a fastball the consistently reaches the mid-90s. Baumann went 5-3 with a 3.09 ERA in 14 starts for the Dolphins. He struck out 97 in 87 ⅓ innings, and is the school’s all-time leader in strikeouts.

Baumann originally was drafted by the Twins in the 34th round in 2014.

• Junior lefthander Dalton Lehnen of Lakeville became the highest-drafted player from Augustana (S.D.), when he was chosen by the New York Yankees in the sixth round with the 182nd pick.

He is the ninth player selected from the Division II school, and fifth since 2012.

• Two Gophers pitchers, junior lefthander Lucas Gilbreath and senior righthander Brian Glowicki, were selected on the second day of the draft by teams from their home states.

Gilbreath, of Westminster, Colo., was taken by the Colorado Rockies in the seventh round with the 206th pick. He went 5-2 in 14 starts with a 2.66 ERA.

Glowicki, of Downers Grove, Ill., was chosen by the World Series champion Chicago Cubs in the 10th round with the 315th selection. The Gophers closer was 2-1 with 16 saves and a 2.20 ERA.