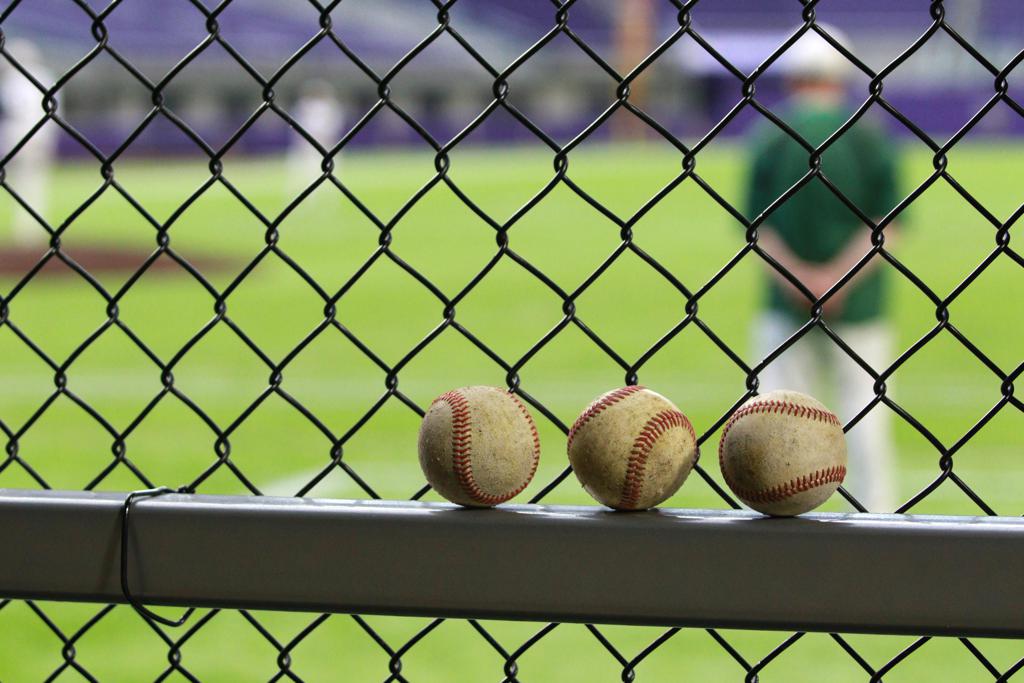 Cannon Falls 1, Kasson-Mantorville 0: A third-inning double by Hayden Strain was all the Cannon Falls' pitching staff needed as the Bombers (14-5) upset No. 10-3A Kasson-Mantorville (12-5). Three pitchers combined for the shutout, led by winning pitcher Jared Anderson, who went five scoreless innings. Kasson-Mantorville's Brendan Knoll gave up three hits and struck out nine in the loss.

Legacy Christian 4, Kimball 0: Lucas Nelson struck out seven, walked just one and kept Kimball (7-7) hitless. No. 3-1A Legacy Christian (15-3) was led offensively by Josh Peterson and Jarvey Hill, who both collected three hits and drove in three of the team's four runs.

Breckenridge 6, Pelican Rapids 5: Trailing by two runs going into the home half of the seventh inning, Breckenridge scored twice to tie the game. One inning later, the Cowboys walked off with an 8-7 victory. Tommy Hiedeman had a hit, two walks and scored a run while Westley Johnson and struck out eight in pitching 6 1/3 innings for Breckenridge (9-9). Jacob Gottenborg doubled and picked up two RBI for Pelican Rapids (4-13).

Benilde-St. Margaret's 4, Cretin-Derham Hall 3: Leading by three runs heading into the seventh inning, No. 6-3A Benilde-St. Margaret's (14-6) had to hold on late as Cretin-Derham Hall (8-12) rallied for two runs in the bottom of the inning. The Red Knights' Joey Corbett pitched five innings giving up five hits and just one run to get the win. while teammate Braeden Fitzgerald collected two hits and an RBI. Jacob Peterfeso led the Raiders with two hits and a run scored.

Centennial 2, Wayzata 1: Centennial pulled the biggest upset of the week by upending No. 4-4A Wayzata (13-6). Jake Stein gave up one run in pitching six innings to earn the win, and Bryan Pierson pitched a scoreless seventh to seal the Cougars' victory. Chad Musser had two hits, walked once and drove in the Trojans' only run.

St. Michael-Albertville 6, St. Francis 5: St. Michael-Albertville was locked in a low-scoring game with St. Francis heading into the sixth inning, but both offenses put on a show over the final two innings as the No. 5-4A Knights (19-1) escaped with the victory. St. Michael-Albertville scored three times in the bottom of the sixth to build a four-run lead, but they had to hold on as the Fighting Saints (9-11) rallied for three runs in the top of the seventh to nearly upset. The Knights had seven hitters with at least one hit, led by Jack Kelly who had a single and a triple. Max Spitzer was 3-for-3 with a run and an RBI for St. Francis.

St. Cloud Tech 1, Sauk Rapids-Rice 0: St. Cloud Tech received a scare on its home field, but the No. 1-3A Tigers (21-0) kept their undefeated record intact thanks to Tommy Friesen, whose fifth-inning triple was the key hit of the game. The junior scored the game's only run a few moments later. St. Cloud Tech pitcher Logan Aleshire pitched a complete game one-hitter, striking out five. Noah Klinefelter was almost as good on the mound for Sauk Rapids-Rice (7-11), going the distance and allowing one run on six hits.

Rocori 5, Belle Plaine 4: Trailing Rocori by five runs going into the seventh inning, Belle Plaine rallied but fell one run short. Junior Brandon Gill pitched 5 2/3 innings, allowing only one hit for the win for the Spartans (12-8). Gill also doubled, but Jordan Barth's two doubles drove in four of his team's five runs. Alec Rudd was 1-for-2 with two walks and an RBI for the Tigers (16-2).

Minnetonka 3, Maple Grove 0: Sam Thoresen was nearly perfect for No. 3-4A Minnetonka. He pitched a seven-inning no-hitter, striking out six and walking just two batters to defeat Maple Grove (13-7). The contest was a pitcher's duel, as the Crimson's Charlie Hutchinson kept the Skippers in check -- no batter had more than one hit -- allowing five hits while striking out four.

White Bear Lake 4, Cretin-Derham Hall 3 (12 innings): Two runs in the top of the 12 inning helped White Bear Lake (6-14) advance in the Class 4, Section 4 playoffs. Weston Andress was 4-for-5 with a run scored for the Bears, who withstood a rally attempt from the Raiders (8-12) in the bottom of the inning. Cretin-Derham Hall's Jack Koch was 5-for-6 with two runs scored and an RBI in the loss.

Columbia Heights 3, St. Agnes 2: Pitcher Aaron Severson allowed one earned run in seven innings to push Columbia Heights past St. Agnes in this Class 2A, Section 4 matchup. With the game tied 2-2 in the top of the seventh, Jude Sirvio scored one of his two runs to put Hylanders (11-7) ahead to stay. Pitcher Aaron Severson did the rest, shutting down the Aggies (10-8) in the bottom of the inning for a complete-game victory. The freshman also scattered seven hits while striking out two in the matchup.

Rochester Lourdes 3, Cannon Falls 2: Rochester Lourdes used a walk-off hit to break a 2-2 tie in the bottom of the seventh inning and defeat Cannon Falls and to advance in the Class 2A, Section 1 playoffs. Pat Leary drove in a run and scored a run for the No. 8 2A Eagles (14-5) while Kolton Mullenbach earned the win after allowing seven hits while striking out six. The Bombers got two hits from Gage Hildebrandt.

Kasson-Mantorville 1, Albert Lea 0: Brendon Knoll pitched seven shutout innings to lead No. 10-3A Kasson-Mantorville (12-5) to a victory over Albert Lea (9-10) in the Class 2A, Section 1 tournament. Knoll also accounted for the only run on one of the KoMets' two hits. The Tigers' Cody Ball gave up just one run struck out five in six innings pitched.

Henry Sibley 1, Richfield 0: Nick Linarte pitched a complete-game shutout, allowing five hits while striking out six for Henry Sibley (13-7). The defending Class 3A state champion went scoreless until the bottom of the seventh inning, when Caden Christiansen drove in Walter Matos to seal the win. Jake Hartke pitched 6 2/3 shutout innings for Richfield (5-15) before giving up the game-winning hit.