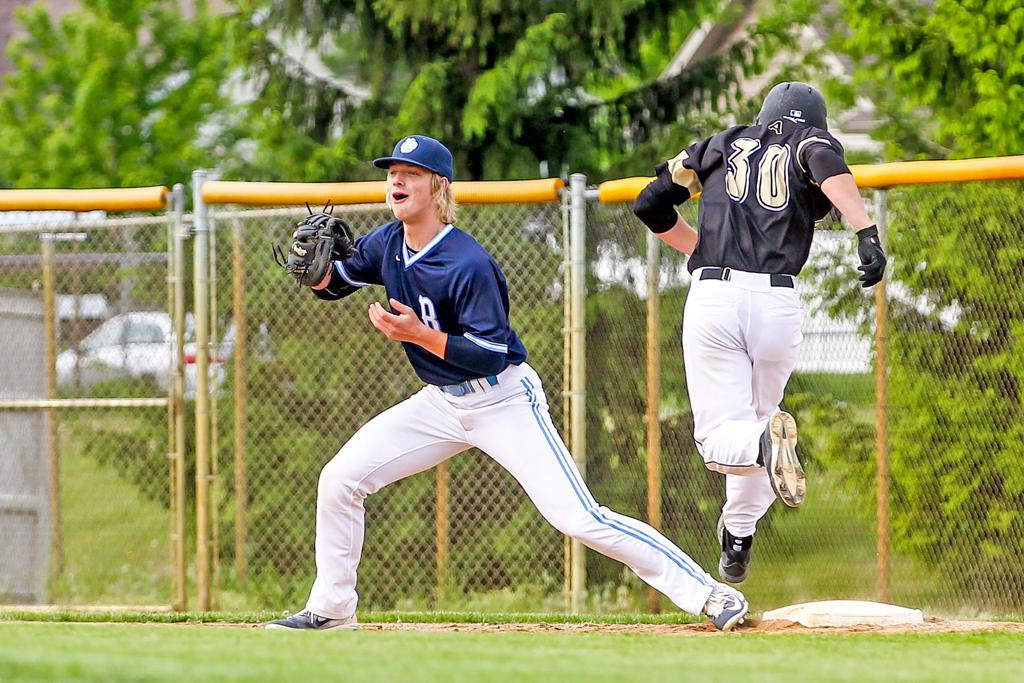 Blaine senior Reid Conlee drove in two runs in the first inning to give his team an early lead Tuesday at Northwest Suburban Conference foe Andover.

It was part of the Bengals’ game plan.

“We hit the ball right away,” Blaine coach Eric Feigum said. “We told them score first, score last, and you’re going to be tough to beat.”

The Bengals, No. 4 in the coaches’ Class 4A rankings, followed the strategy throughout the game, and it not only brought them a 3-0 victory over the Huskies but also their first league title in 20 years.

Blaine held a slim 2-0 advantage heading into the top of the seventh inning, but a clutch performance at the plate from Matt Laciskey, who led the conference with 25 hits entering the game, helped the Bengals solidify the victory.

The senior adding another hit to his season tally, and this one drove in one run to increase the lead to 3-0 and all but wrap up Blaine’s first conference title since 1997.

It was the No. 1 goal the team set out to accomplish this season, Feigum said.

“Anytime you can accomplish a goal, it’s a pretty good feeling as a coach and a program,” he added. “And I’m just happy for these guys. They deserve it.”

Pitching was also key in the Bengals’ victory, as both Alex Winslow and Sam Riola saw time on the mound. Winslow started the game and lasted 5 1/3 innings, allowing no runs.

“Alex set the tone right from the beginning and came out just like we expect him to do,” Feigum said.

Just when momentum seemed to be swinging toward the Huskies, Riola came in and continued the shutout.

“Our pitching has been great all year and this is just another example of what we’ve done,” Riola said.

Despite giving up two early runs, Huskies pitcher Gavyn Walsh went seven innings and took the loss in the regular-season finale for Andover (9-10, 7-6). It was a bittersweet night as the team celebrated Walsh and other upperclassmen on senior night.

The victory was the seventh straight for Blaine (16-3, 11-2), which ends the regular season Thursday at home against Class 4A, Section 7 rival St. Francis before heading into the playoffs. With a win, the Bengals could secure the top seed in the bracket as they look to defend their section championship and earn a return trip to state. 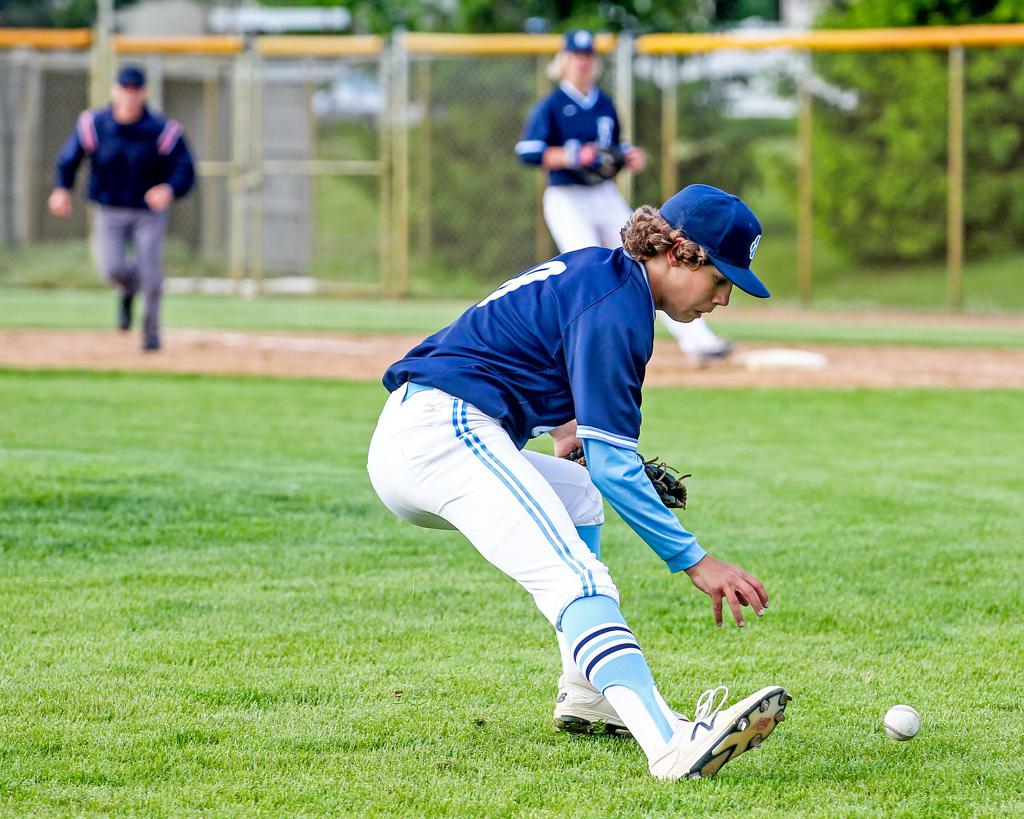 Blaine pitcher Sam Riola fields a bunt before throwing out an Andover batter in the seventh inning. Riola picked up the final eight outs and combined with starter Alex Winslow on the shutout. Photo by Mark Hvidsten, SportsEngine

Reid Conlee’s first-inning single drove in two teammates and gave Blaine an early lead, one the Bengals would maintain the rest of the game as they defeated Northwest Suburban Conference foe Andover 3-0 on Tuesday night at Andover High School.

Blaine (16-3, 11-2), ranked fourth in the coaches' Class 4A poll, started Alex Winslow at pitcher, and the senior earned the victory after allowing no runs in 5 1/3 innings. He was replaced by Sam Riola in the fifth inning after walking Andover’s Nick Weeks with one out.

Moments later, Riola found himself in a tough spot after the Huskies' Justin Freyholtz hit a double to put runners on second and third with two outs, but the senior right-hander made a momentum-swinging play to keep Blaine in control of the game. Riola beat his infielders to a slow rolling ball and threw out the runner at first base to end the inning and hold Andover scoreless.

The Bengals added another run in the seventh inning, cementing the victory that earned the program the league title, Blaine coach Eric Feigum said.

Andover senior pitcher Gavyn Walsh went seven innings and took the loss in a bittersweet contest for the Huskies (9-10, 7-6), who celebrated senior night while wrapping up the regular season with a defeat.