The Scarlets scored 11 runs over the first two innings, setting up the 16-3 victory. 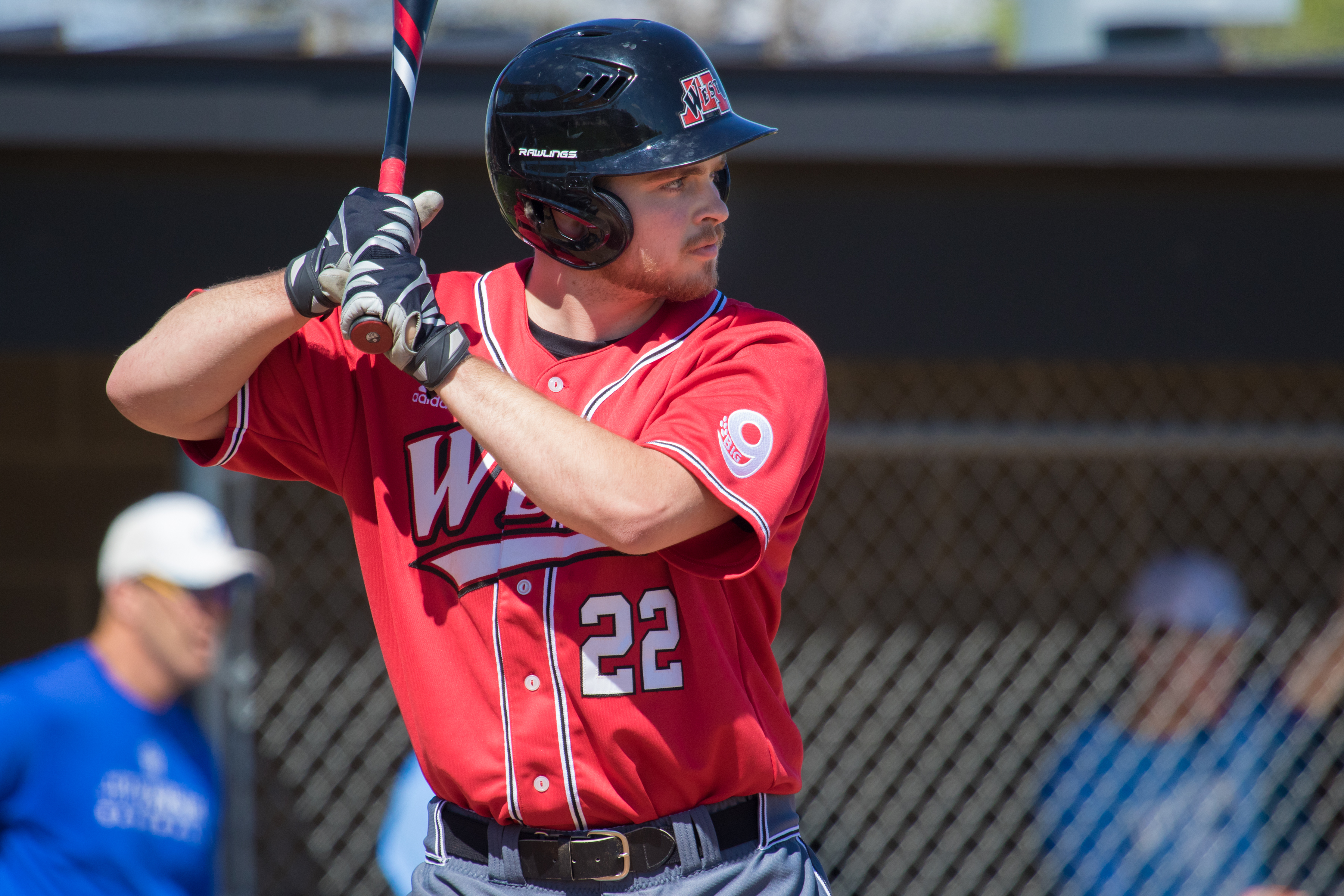 Mankato West senior Josh Johnson eyes a pitch against Bloomington Jefferson Saturday. Johnson went 3 for 4 with 6 RBI and also pitched 3 innings in the 16-3 victory over the Jaguars at Red Haddox Field in Bloomington. Photo by Jeff Lawler, SportsEngine 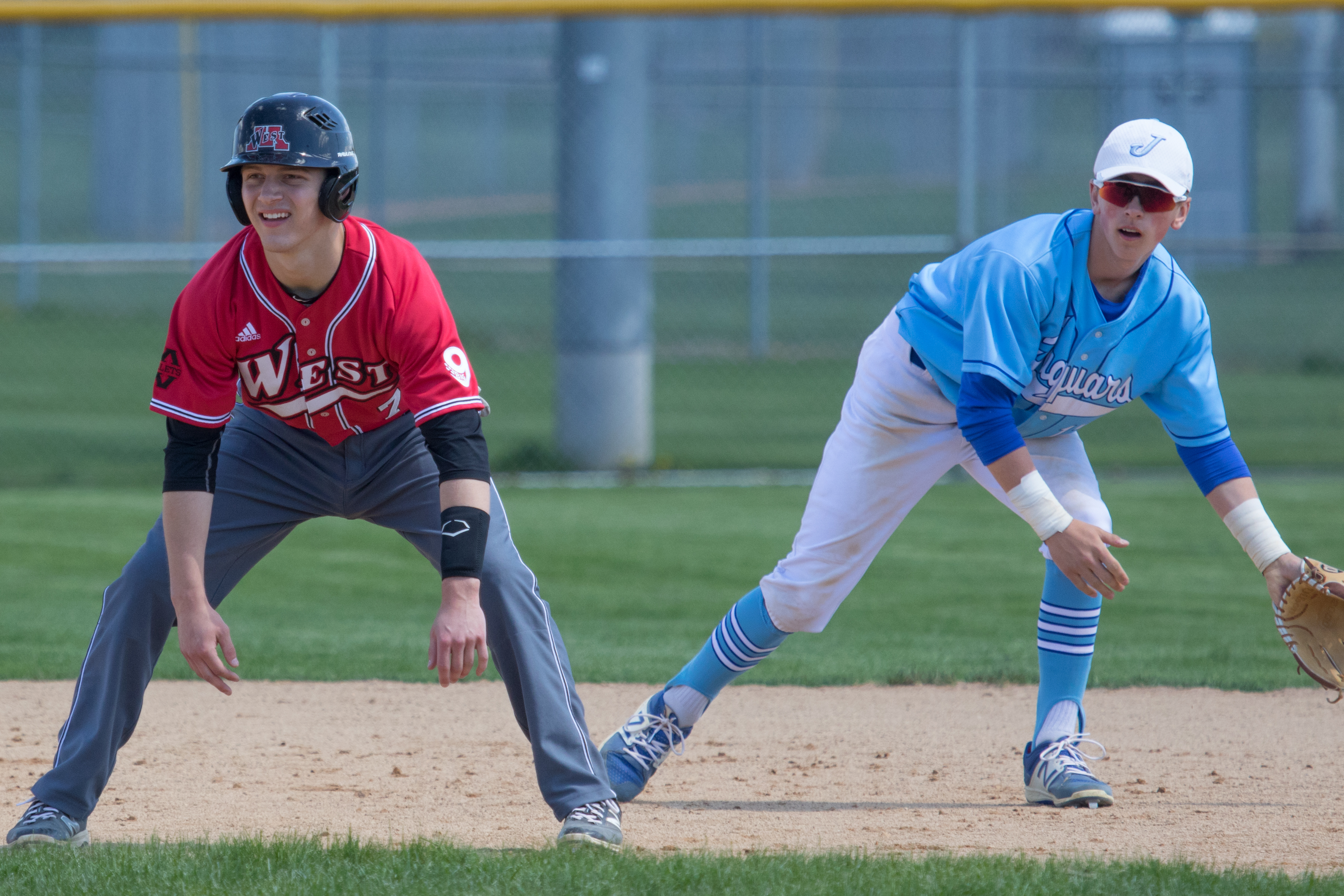 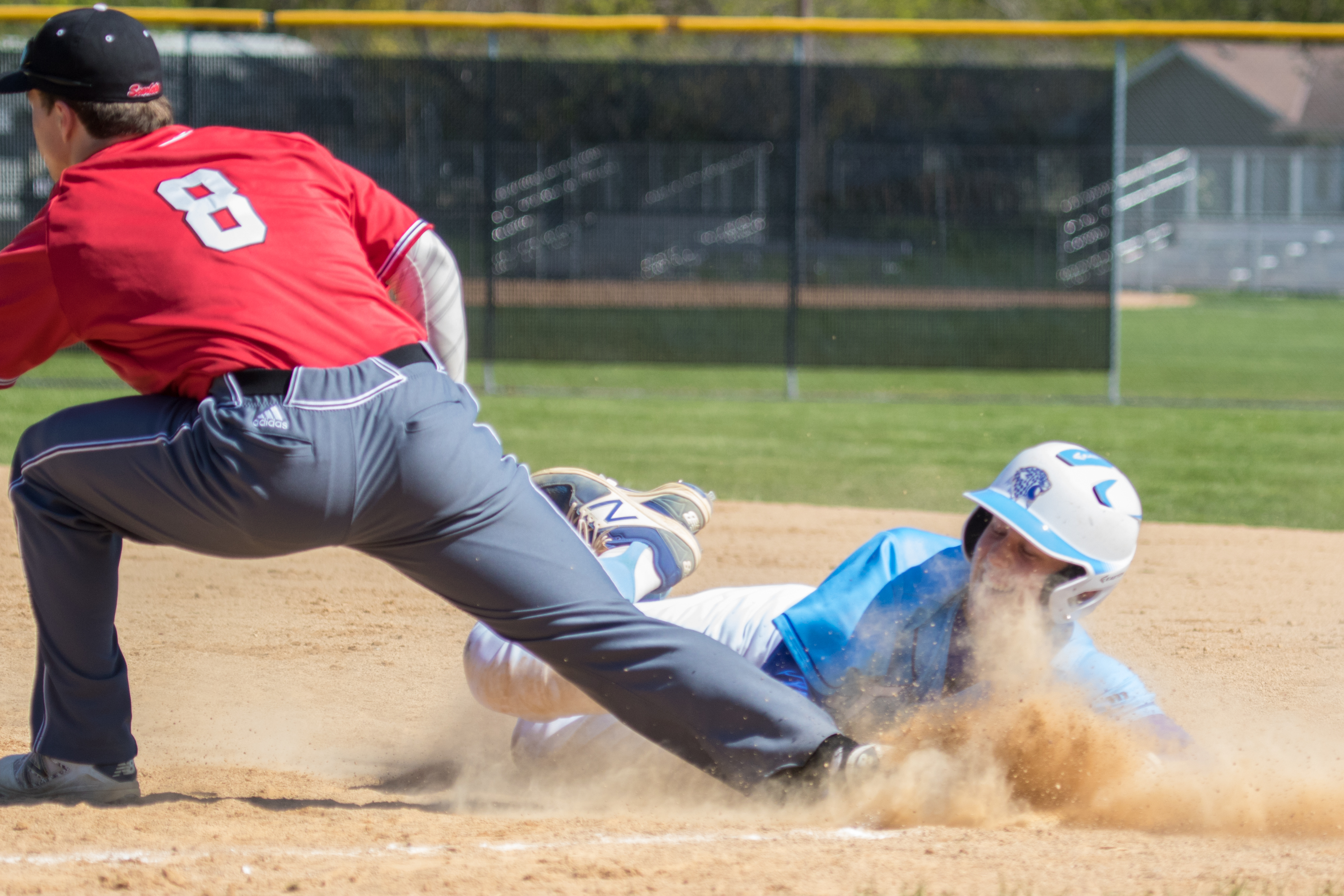 Bloomington Jefferson junior Owen Campbell dives safely back to first base against Mankato West. The Scarlets defeated the Jaguars 16-3 in five innings Saturday in Bloomington. Photo by Jeff Lawler, SportsEngine

Blue skies and unobstructed sun at Bloomington’s Red Haddox Field provided a beautiful canvas for what turned out to be an ugly game between Mankato West and Bloomington Jefferson.

Well, ugly for the Jaguars.

The Scarlets, ranked No. 7 in the Class 3A Let’s Play Baseball ratings, hung 11 runs on the Jaguars in the first two innings en route to a resounding 16-3 win in five innings.

“Three days ago we got one hit, and today obviously we hit the ball really well,” Scarlets coach Ethan Anderson said, referring to a 2-0 loss to Big Nine Conference foe Red Wing.

“It has a lot to do with our mental approach and getting aggressive at the plate,” Anderson added.

Senior Josh Johnson was the embodiment of aggressive at the plate on Saturday, jumping on pitches early in the count and cracking three hits to go along with six runs batted in.

“I guess I went up there kind of relaxed, different stance,” Johnson said, explaining his offensive outburst after struggling recently with the bat.

Mankato West’s clogged schedule could also help Johnson, as the Scarlets are in the midst of a 17-day stretch in which they will play 13 games.

“The adrenaline gets me going, keeps me moving,” Johnson said of the high number of games. “When you get breaks in between games you get into slumps.”

Peterson agreed with Johnson about the schedule, and said that it gives he and coaching staff more consistent opportunities to build depth within the roster.

“Ultimately it’s going to make us better because it’s going to force us to use more than two of three pitchers on the mound,” Anderson said. “Lots of playing time for (everyone).”

The Scarlets (6-4) used three pitchers in the win over the Jaguars (5-7), with sophomore catcher Samuel Vosburg directing the game plan for all three hurlers behind the plate while driving in three runs with his bat.

“We just wanted to pitch to contact and get out of here quick,” Vosburg said.

"We have a good defense, so we just wanted ground balls, fly balls," Vosburg continued. "We did that and got out in five."

Senior Josh Johnson went three-for-four and drove in six runs to pace Mankato West as the Scarlets (6-4) cruised to a 16-3 victory over Bloomington Jefferson at Bloomington's Red Haddox Field on Saturday afternoon.

Sophomore catcher Samuel Vosburg also had a big day at the plate for the Scarlets, ranked No. 7 in Class 3A in the Let's Play Baseball poll, driving in three runs.

Junior Nick Goedderz was the lone bright spot for the Jaguars (5-7), driving in a pair of runs on a single in the first inning.

The win for the Scarlets snaps a two-game skid.