Luverne rallies back in the final innings to defeat Hibbing

The Cardinals scored six runs in the sixth inning before notching three in the eight to win 10-7 in extra innings. 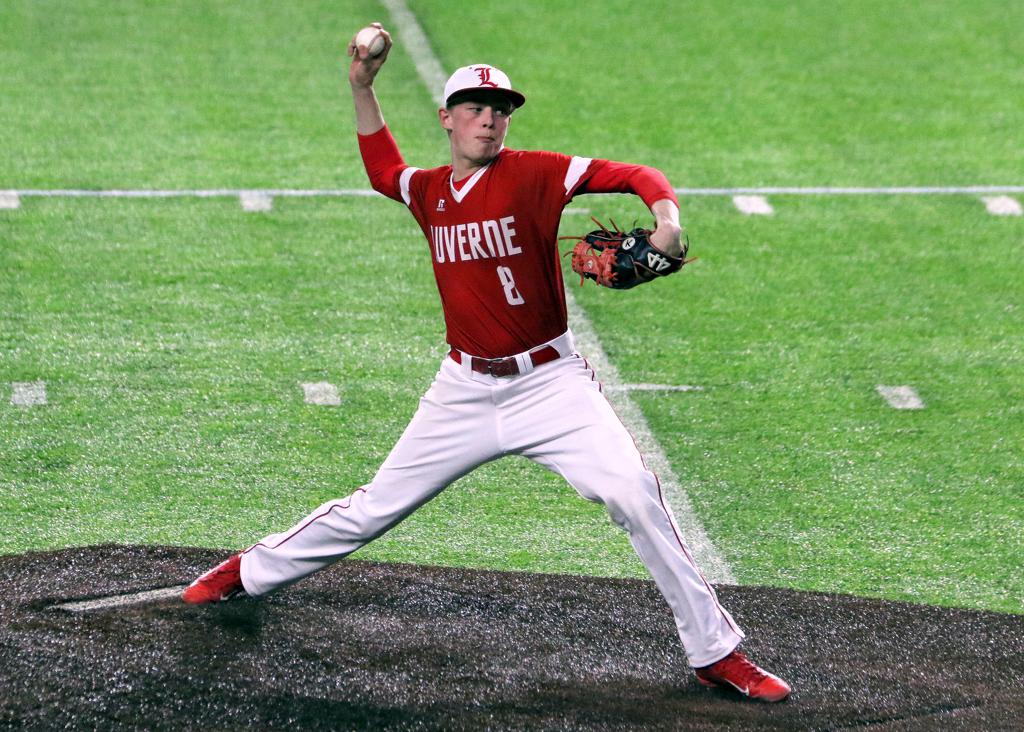 Luverne starting pitcher Kaden Ericson fires one to the plate in the second inning. The Cardinals battled back to beat Hibbing 10-7 Thursday in a game played at U.S. Bank Stadium. Photo by John Molene, SportsEngine

Ben Serie capped off a five-run Cardinals' rally in the sixth by sending Jaxon Nelson home on a sac fly to tie the game at seven apiece.

Then, in the extra frame, Serie struck again. He blasted the go-ahead hit, an RBI triple in the right field gap, scoring Nelson. A throwing error two batters later allowed Luverne to tack on a pair of insurance runs.

Derek Lundgren picked up the win for the Cardinals (5-1, 3-0). He entered in the fourth and hurled five hitless innings.

Leadoff hitter Mark Sterrett went 3-for-3 for Luverne and reached base all five times he came to bat.

Travis Carruth drove in two runs for the Bluejackets (2-1) and scored two more himself.

Senior southpaw Zack DeBoom started for Hibbing. He allowed one run on five hits and recorded three strikeouts in four innings of work. Austin Glad took the loss for the Bluejackets. 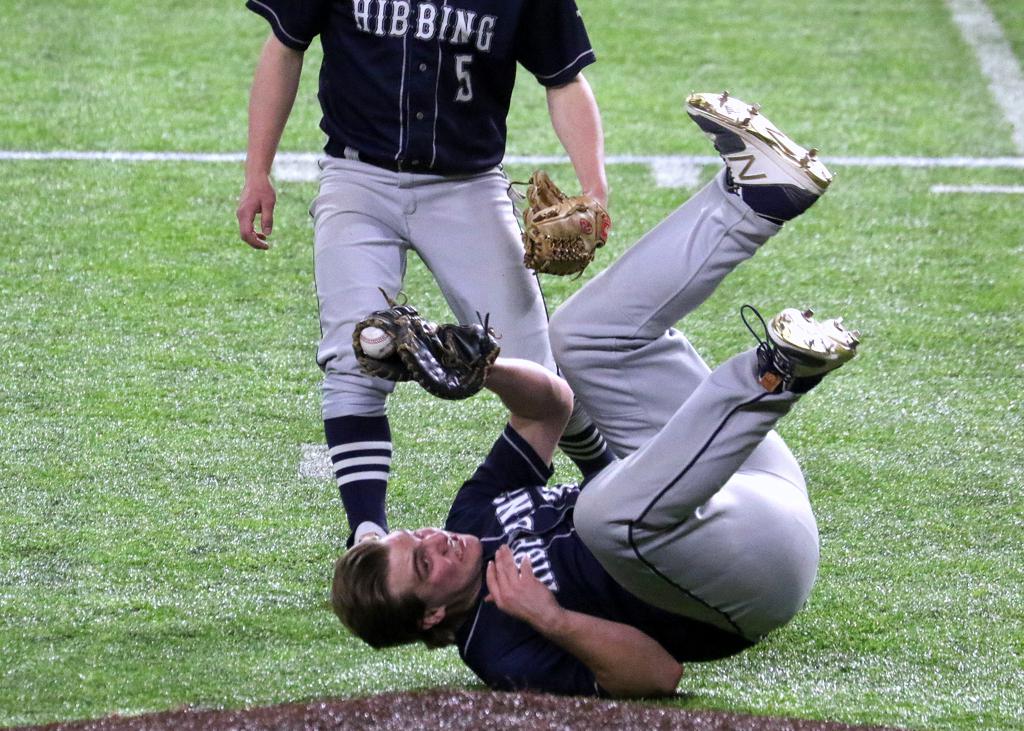 Hibbing first baseman Austin Glad made a diving, then rolling, catch of a high pop up near the pitching mound to end the second inning. Photo by John Molene, SportsEngine.