A pitch count policy is in effect for varsity games, including mandatory three days rest over 76 pitches and no more than 105 pitches. 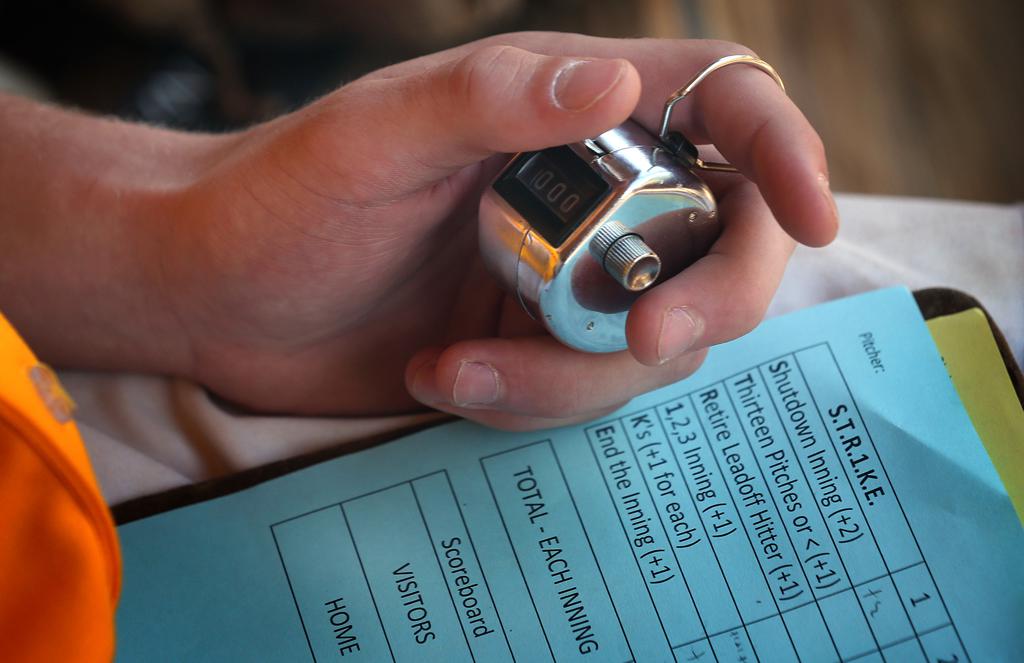 A new era is underway for high school baseball, a pitch count mandate instituted by the Minnesota State High School League amid concerns about arm overuse among young hurlers.

The following pitch count policy is now in effect for varsity games:

Once pitchers reach the limit, they are allowed to finish pitching to that batter. The daily maximum is 105 pitches; the total increases to 115 for the playoffs.

“The pitch count ruling simply puts quantitative values to how we should do it,” said Mahtomedi coach John Hardgrove, whose team finished second in Class 3A last season. “It certainly makes more duties for coaches, to report and manage the pitch counts per game.

“We have the opportunity to check our opponents to see how much their guys have pitched, but I am not sure how many of us will do that. I would like to trust my opposing coaches and maintain the integrity of the game.”

Pitchers are required to get a day of rest if they pitch two consecutive days. Days of rest are measured in calendar days, and not 24-hour periods.

“My fear is for the smaller schools, who don’t get as many kids out and might be limited on pitchers,” St. Michael-Albertville coach Paul Schumm said. “If weather is poor, this may cause a lot of headaches for teams that have to play four or five games in a week.”

Each team must designate a student or adult to track the pitches during the regular season. It must be an adult beginning with the section tournament.

Those responsible for tracking pitches will meet after every half-inning to confirm the pitch count. If there is a disparity, the home team’s count will be the official number. Umpires won’t be involved in tracking or confirming the number of pitches.

“I don’t think the pitch count rule will be too big of a deal this season,” said Belle Plaine coach Pat Schultz, whose team was the runner-up in the Class 2A tournament last year. “It wouldn’t have come into play for us at all last year, and I think it’s pretty fairly written. It does not seem to be overly strict with the limits, and I don’t think it will be too difficult to stay within the guidelines.

“The only issue I see is when teams disagree on the pitch count from a given pitcher and how that will be resolved.”

Following each game, teams have 24 hours to record the pitch counts for each pitcher on the high school league website. If the next game is played within 24 hours, teams must share pitch counts from the previous game with the opponent. Pitch counts for the entire season will be available for all schools to view.

“The concept is good, but it will take some getting used to the recording/record-keeping,” Park of Cottage Grove coach John McGowan said. “Pitch counts have never really been an issue for us, so I’m not worried about that part. I’m more concerned about following the correct steps that the high school league is asking us to follow.”

The penalties for violators will be harsh. For coaches, the severity gets tougher with each offense.

• Second violation: Game is forfeited; coach is suspended for one game.

Coaches will be disciplined for not recording or tracking pitches. They will be reminded of the requirement for the first offense, censored on the second one, suspended for one game on the third violation, and for four games for the fourth offense.

“The new pitch count policy is the right thing to do because it brings consistency to all teams and will help to protect arms,” Edina coach Carter Freeman said. “We’ll see how much administrative burden it brings. The penalties are very harsh, so we’ll need to make sure the recording is done in a timely manner.”