His Division I college choice now on hold because North Dakota is dropping the sport, Matt Wallner’s pitching continues to impress. 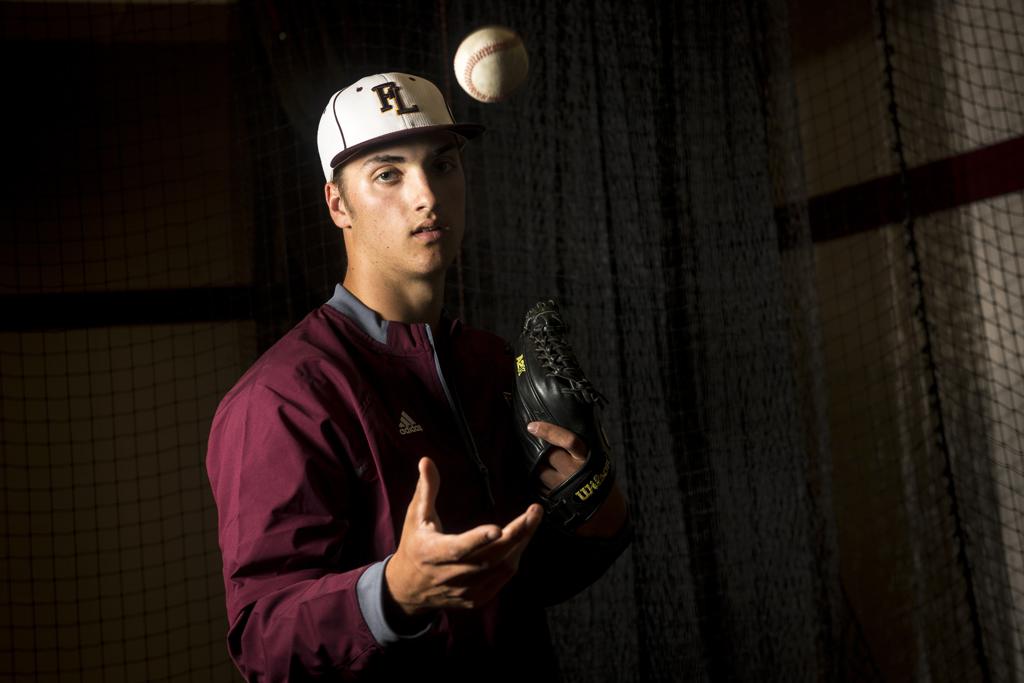 Forest Lake's Matt Wallner is looking for another school after his first choice, North Dakota, announced it was dropping baseball.

When Forest Lake pitching ace Matt Wallner is dealing on the mound, his fastball is hitting its spots and his curveball leaves batters befuddled.

Earlier this spring, Wallner got a taste of helplessness when the University of North Dakota announced it was dropping baseball for financial reasons. The senior had signed with the school in November, fulfilling a Division I college dream that began on the small baseball field his father built behind the house.

Everything unraveled April 12, moments after Forest Lake opened its season with a 4-3 victory at home against East Ridge. As Wallner left the field, “my dad pulled me aside, and he was almost in tears,” he said. News out of Grand Forks was spreading fast. Wallner checked his phone and found it had exploded with sympathetic messages.

“I was devastated at first,” Wallner said. “I didn’t know what I was going to do.”

The initial shock has waned and Wallner, one of the metro area’s top players, is moving forward. He said offers have come from Creighton, Minnesota and Southern Mississippi and he plans to choose by the end of May. The North Dakota gear he purchased in Grand Forks sits in his closet, reminders of what might have been.

The school was the first to offer Wallner a scholarship and the Division I interest boosted his confidence. In the past 12 months, Wallner built himself into a well-rounded prospect. Strength training and better nutrition added muscle.

Recruited as an outfielder by North Dakota, Wallner has improved as a pitcher. Forest Lake started the season 10-2 and Wallner became the Rangers’ ace. He went 3-0 with a 0.87 ERA and 36 strikeouts while issuing just four walks. He pitched a five-hitter, striking out seven, as Forest Lake gave top-ranked Cretin-Derham Hall its first loss this spring. At the plate, Wallner has hit nine home runs and posted 23 RBI.

“Pitching is a big part of this for the schools looking at me and a big part of what I’m looking for as well,” said Wallner, who is 6-4 and 215 pounds. “I’d like the chance to play outfield and pitch.”

Forest Lake coach Tal Gravelle said Wallner “changed his body and has really improved a lot in the past year.”

Adversity helped Wallner grow as a young man. Senior leadership, he said, fueled the Rangers’ fast start this season, and Wallner has tried to play his part.

“That’s something I’ve learned now — no matter what, you play as a team,” Wallner said. “I’m not worried about throwing as hard as I can if I’m not throwing strikes.”

His mentality has been infectious.

“Nobody is out there playing for themselves,” Wallner said. “Guys are laying down bunts, trying to get on base and hustling.”

Last week, three of Wallner’s teammates signed with local college baseball programs. There was a ceremony with balloons and cake and proud parents. Wallner enjoyed such pomp and circumstance in November. His next college commitment likely will be a quieter affair. But Wallner will be glad just the same.

“I never thought it would be the middle of May of my senior year and I wouldn’t know where I’m going in August,” he said. “I’m more of a planner, but this hasn’t made me as panicky as I would have thought. I’m doing OK with it.”

As for North Dakota, which is also dropping men’s golf because of budget cuts, private funding could restore baseball. The program must raise $530,958 by Aug. 30 in order to play in 2017. An endowment of more than $13 million would be needed to maintain the program.

“I’m hoping they’re able to revive the program, if for nothing else than the coaches’ jobs,” Wallner said. “They are a great group of guys.”