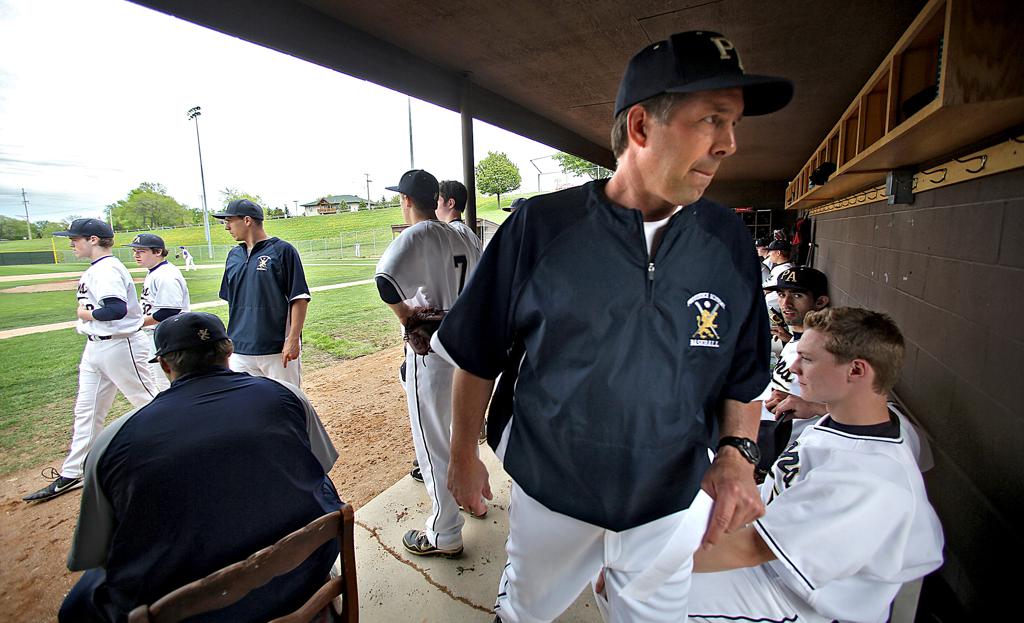 Kevin Tapani was a senior quarterback and led the Escanaba Eskymos to the Michigan Class 1A championship in 1981. He was unable to earn a trip to the state baseball tournament the following spring.

There was a good reason for this: Escanaba High School did not field a baseball program when Tapani was in attendance.

“Escanaba doesn’t get as much snow as some places in the Upper Peninsula, but with the temperatures, what we did have stuck around,” Tapani said. “We had Legion baseball, and the season lasted from early June to the middle of the July.

“We might have played 15 games. That was it. That was all the baseball we played.”

“They have high school baseball in Escanaba now,” he said. “I don’t how many games they are able to get in.”

Providence Academy will play its 23rd (17-5) on Thursday in the state Class 2A tournament in St. Cloud. The opponent will be Minnehaha Academy, a team that went 17-0 in the Tri-Metro Conference this season, including two victories over Providence.

“We’re the underdogs, but we finally beat Delano in the section,” Tapani said. “Maybe we can get lucky again.”

Tapani is in his third season as the head coach at Providence. It has become more frequent than not for high schools to hire coaches from the outside — men and women with expertise in a sport but no other real affiliation with the school.

“It’s different; you don’t have interaction with the students other than a couple of hours here, at practice,” Tapani said. “You don’t know what’s going on with them in school.”

Tapani was at Bob Koch Field in Loretto for a late afternoon practice on Tuesday. It is 7 miles from Providence Academy, but the ballpark is immaculately kept and the Lions used it as their home field.

Providence prolonged its season by beating Delano 3-2 in an elimination game last Thursday. That ended Delano’s streak of five consecutive state tournaments out of Section 5, Class 2A.

“We never play Delano in the regular season; we only see them in the section tournament,” said Jesse Barron, a senior pitcher and third baseman. “They beat us every year, including 7-1 in the first game last Thursday. It was a great feeling, to finally win a big game with Delano.”

Baron was asked about Tapani, a 12-season big leaguer, as his high school coach.

“It’s a blessing, especially for a pitcher,” Barron said. “I didn’t know about his background, until my parents and others started saying, ‘Kevin Tapani was a big reason the Twins made it to the World Series [in 1991].’ You wouldn’t really know it; he’s very low-key.”

Danny Fafinski, a senior middle infielder, said: “Coach Tap has great stories, but he doesn’t just start in on them. You have to work on him a little.”

Tapani is 14 years removed from his final big-league season with the Chicago Cubs in 2001. The calculations on Baseball Reference credit him with having earned $34,209,500 in a dozen seasons pitching for the Twins, Dodgers, White Sox and the Cubs.

Whatever that leaves after taxes, it was enough for Tapani and his wife Sharon to settle into their home in Wayzata and live the suburban lifestyle of raising three active kids.

Sarah was a multisport athlete at Minnetonka High School. She went to Purdue, then graduate school at Temple and at 24 has an advanced degree in occupational therapy.

Son Ryan is the baseball player. He was ready for his sophomore season at St. Olaf, and then the schedule was shut down by the college because of a hazing incident. Ryan is now playing for the Duluth Huskies in the Northwoods collegiate league.

Ryan went to that new and smallish Catholic school in Plymouth and graduated in 2013. He played baseball and hockey. Sharon Tapani volunteered at the school, and Kevin did some work with pitchers for former coach Wes Crawford (now a St. Cloud State assistant).

When Providence needed a head coach for 2013, Tapani took the job — with Herb and Kurt Koch lined up as assistants. The Kochs are the first family of baseball in Loretto, which features the town-team Larks.

Terry Steinbach’s son Luke started playing for the Larks in 2010. Ryan Tapani joined him a couple of years later.

Big-league sons playing town-team ball. What could be more Minnesotan?

Tapani came to the Twins from the Mets in the Frank Viola trade on July 31, 1989.

He was traded away exactly six years later, in the salary purge of 1995, going to the Dodgers, then the White Sox for one season and the Cubs for five.

“There was never a doubt the Twin Cities was going to be where we lived, even with my six seasons in Chicago,” Tapani said. “Sharon and I are both from Escanaba. This felt like home … only larger.”

Tapani smiled and said: “And not as cold in the winter.”

You only hear that from people who grew up on the UP.