North-metro baseball gets two shots at a title 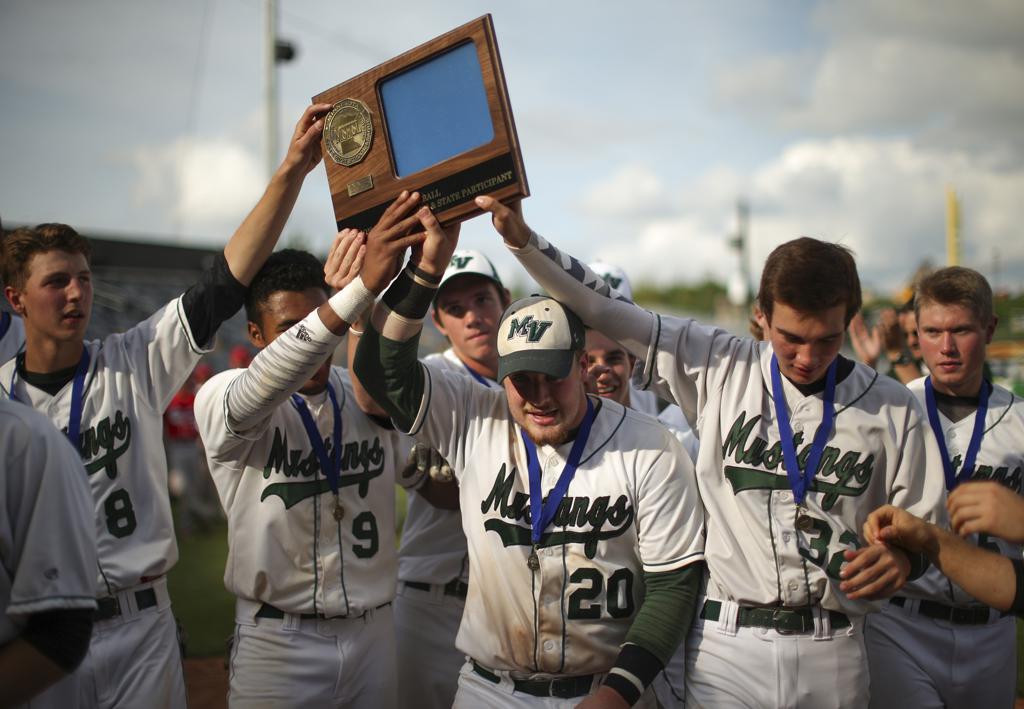 Call it a double play. Two north-metro baseball programs, Mounds View and Anoka, qualified for the Class 3A state tournament. The Mustangs are aiming for a third consecutive state title while the Tornadoes are in the final eight for the first time since 1995.

Here’s a look at what got both the Mustangs and Tornadoes to the state tournament.

In a sport unkind to dynasties, Mounds View became the first Class 3A team to repeat as state champions since the tournament expanded to three classes in 2000.

“Success breeds success,” Mustangs’ coach Mark Downey said. “There’s a belief among players where they say, ‘If they can do it, we can do it.’ ”

This Mounds View team does it differently from its successful predecessors. Graduation claimed the power pitchers, but ace Henry DeCaster (8-0, 1.21 ERA), who will play at South Dakota State, and an eight-man bullpen are effective pitching to contact. Second baseman Jeremiah Bonde, shortstop Joe Fredrickson and third baseman Bo Lovdahl anchor the defense.

At the plate, Charlie Callahan leads the team with 31 hits and 22 RBI. Alec Abercrombie and Wyatt Meyer, fellow veterans of the past two titles runs, combined to produce 48 hits and 34 RBI.

“We don’t have the big boppers but we scored more runs this year,” Downey said.

“We didn’t steam-roll teams,” Downey said. “We won a lot of tight games.”

Shannon Blansette planned to make his CHS Field debut after Anoka’s season ended. Having the best of both worlds owes to players known as Bubba, Pribs and Chumba.

Nicknames are the only way to address pitchers Alex Glick, Alex Pribyl and Alex Farley without confusion.

“People will tell me about all my guys named Alex and I forget I even have one,” Blansette said.

They have combined for 12 of the team’s victories, 110 strikeouts, more than 128 innings of work and a combined ERA under 2.00.

Sophomore Trent Palmer adds another live arm, going 5-0 with 23 strikeouts in 31⅓ innings of work. He earned victories against Eden Prairie and Totino-Grace, and defeated St. Francis in the section championship game.

“We start and finish with pitching,” Blansette said. “We might not have a big starter but we have three of four good arms and that favors us.”

Manufacturing runs starts with Riley Perry and Chase Thomas. When they set the table and take extra bases, the offense follows suit. They have produced a combined 70 hits. Each hit better than .500 in the playoffs.

Thomas shifted from second base to short stop and shored up the infield defense. Center fielder Mike Tvietbakk showcases great range by catching balls Blansette assumes are hits. And catcher Titus Bishop provides the pitching staff a model of consistency behind the plate.

“He knows what each guy is throwing well and where he might be struggling,” Blansette said. “I call about 90 percent of the pitches but a lot of that comes with his help.”