BSM to face Cooper for third time this season. 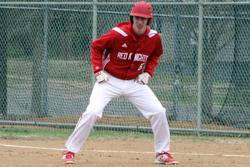 Derek Drees went 4-for-5 at the plate in the teams' first meeting this season.

MINNETONKA, Minn. -- Robbinsdale Cooper and Benilde-St. Margaret's will meet for the third time this season as the teams received the eight and nine seeds, respectively, in the Section 6AAA playoffs.

The two teams will meet at Cooper High School, Thursday, at 4:30 p.m. in an elimination game. After the opening round, eight teams will remain in the section playoff and the tournament will be double elimination at that point.