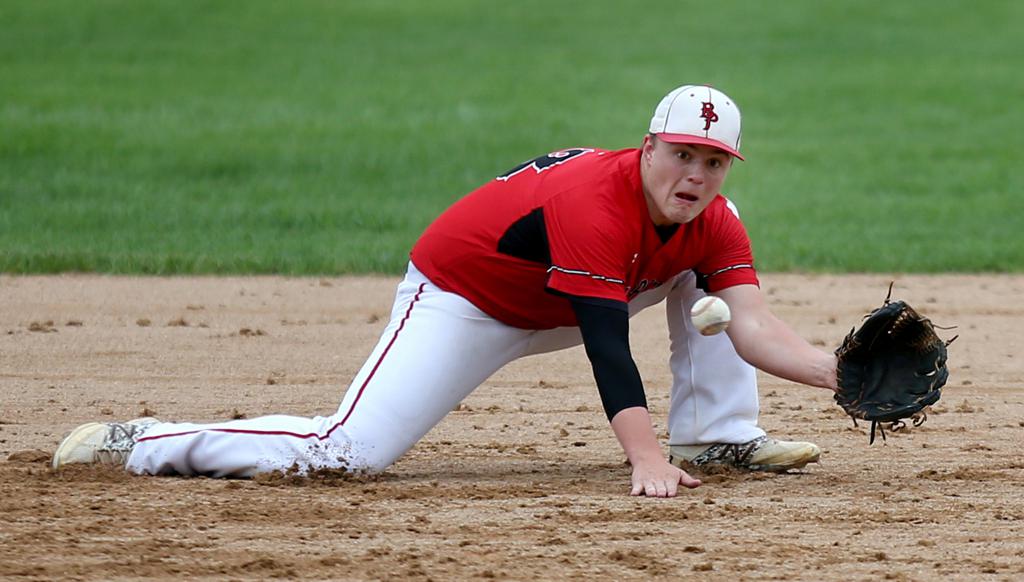 Belle Plaine’s baseball program had gone 13 years between Minnesota River Conference championships before stopping that drought a year ago.

The Tigers came right back and made it two consecutive conference crowns this season. They won the league title with an 11-3 record and were 13-6 overall heading into the final week of the regular season. Now, they are presented with the utmost challenge.

“We have high expectations,” Belle Plaine senior pitcher/infielder Ben Wagner said. “Hopefully, we can make it to the state tournament. That would be huge.”

How huge? Well, Belle Plaine never has appeared in the state tournament since it got underway in 1947.

“We have been working to get to the state tournament since we started playing baseball when we were little,” Tigers senior pitcher/outfielder Joe Hankins said. “We now know what it takes to be successful.”

Belle Plaine didn’t quite understand that a year ago. It won its opening Class 2A, Section 2 tournament game before dropping back-to-back games to Holy Family and Watertown-Mayer. Belle Plaine beat Watertown-Mayer 10-0 and 5-1 in its two regular-season meetings.

“We all thought we had a chance to make the state tournament last year,” Wagner said. “We’re in a tough section, but we didn’t know how to shake things off and move forward. We were always stressed out.”

That isn’t the case with this year’s group.

“We play loosely, and have more fun,” Wagner said. “We really wanted to change that aspect of our game after last season.”

“Our pitching has been wonderful,” Belle Plaine coach Pat Schultz said. “One of our strengths is our depth. We have 18 juniors and seniors on the varsity roster and all of them can play. We are fortunate to have that kind of depth, and routinely use almost our entire roster.”

Hankins leads the way at the plate. He is batting a team-high .453 with an on-base percentage of .500. The Tigers have had eight games with at least 10 hits.

“We have a lot of arms, and a lot of good hitters,” Hankins said. “We’ve been emphasizing doing the little things right. That’s what it comes down to in the playoffs.”

Unlike a year ago when Belle Plaine earned the top seed in the north for the section tournament, it slipped to the No. 3 spot this year. Glencoe-Silver Lake is the defending section champion. It went on to finish third in the state tournament.

“The group is really looking to have a better showing in the section playoffs,” Schultz said. “The team has talked about getting better all year and making a run to win the section. They have been improving every day.”