Apple Valley’s mostly inexperienced team is getting hits in the clutch. 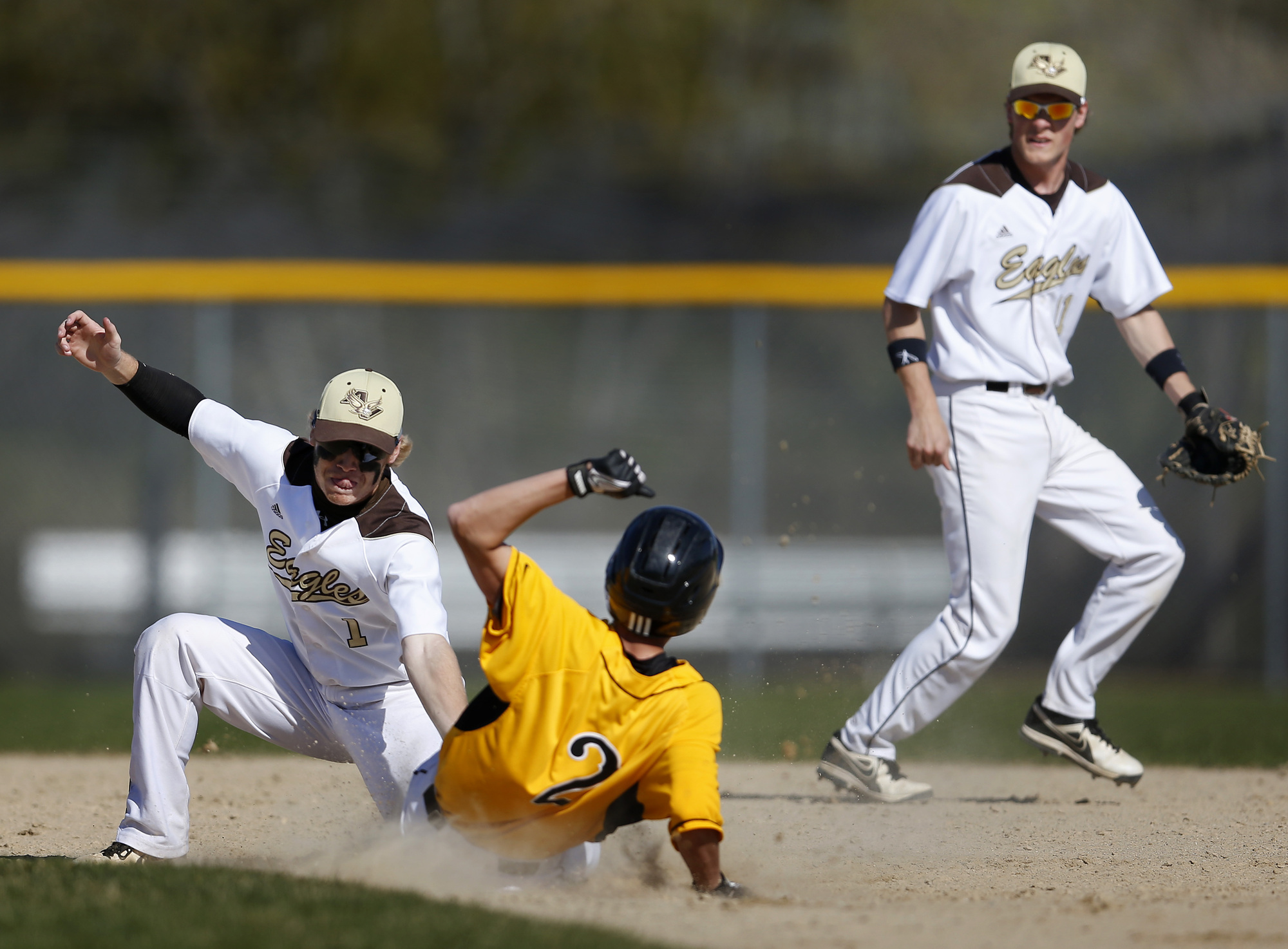 Two on, two out in the bottom of the fourth and Apple Valley was clinging to a 3-1 lead. Shortstop Brady Casperson came to the plate with a chance to break open the game Tuesday against perennial South Suburban Conference power Burnsville.

These are the moments the Eagles have struggled with the past two years.

“Timely hitting has just killed us,” said coach Jeremy Hendrickson, referring to the lack of those hits.

This year? Well, let’s get back to that Casperson at-bat.

The 5-11, senior co-captain laced a single to the outfield, scoring both of his teammates, and Apple Valley went on to win 8-3.

Moments like that don’t just win games, Hendrickson said, they also define a team’s personality and help shape a season.

Those moments have come much more often for Apple Valley this spring. Through nine games, the Eagles have a 6-3 record. Their 6-2 mark in South Suburban play has them atop the league standings as they near the midpoint of the season.

Considered an afterthought before the season started, the Eagles have gone from an inexperienced group breaking in seven new starters to a team that now has a head start to a conference title and a top seed in the Class 3A, Section 3 tournament.

“We want to keep it rolling and tighten up some things,” Hendrickson said. “We’ve put ourselves in a good position, but we have to keep it going.”

Rebuilding — or at least, reloading — has been a common theme for Apple Valley during Hendrickson’s five-year tenure as coach. Each season, he said, the Eagles have had a plethora of seniors playing key roles. Each ensuing season, they scramble to replace them with the next crop of upperclassmen.

This season is no different. Apple Valley has 13 seniors on its 16-player roster, and only four had seen an inning of varsity action in their careers. Casperson and fellow captain and second baseman Cole Johnson have been the only constants. They both earned their spots as sophomores.

“With those two up the middle [of the infield], we knew our defense would be strong,” Hendrickson said. “We had some good pitchers coming in, even though they hadn’t played varsity, but hitting was going to be a question mark.”

Heading into Apple Valley’s game last Wednesday, the Eagles had hit .368 through nine games. No worries there so far.

Different Eagles have stepped up at different times, too, giving Apple Valley surprising depth and a lineup that Hendrickson said has hit well “one through nine.”

“Part of that is them just realizing their talent, and we also hired a new hitting coach this year [Sam Firpo] and changed our approach a bit,” he said. “It’s been really paying off.”

The Burnsville victory might be the best example of the team’s turnaround, but it’s not even the Eagles’ signature win of the young season. That came 3-2 over No. 2-ranked Lakeville North on April 23, backed by a strong outing from sophomore pitcher Zach Parks, making his first varsity start.

“A lot of these guys are surprising people,” Hendrickson said. “We’ve been making the plays when you need to. That’s what we need to keep doing, and if we do that, we’ll be in good shape.”