BLOOMINGTON, Minn. -- Jack Qualen's infield single to lead off the game was the only hit Jake Irvin would allow over six innings of work and Bloomington Jefferson battled through the snow, wind and cold for a 9-1 win over Benilde-St. Margaret's. 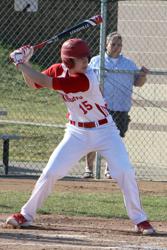 Qualen's slow roller on the game's third pitch bounced over the glove of Jaguar second baseman Neal Walsh for a hit and, after a one-out walk in the second inning, retired the final 14 batters he faced, striking out 11 batters in his six innings of work.

BSM starter Tyler Wyvell was equally effective in five-plus innings of work. A pair of Red Knight errors led to the Jaguars scoring five unearned runs, four of which came in the third inning.

A four-run sixth inning gave Jefferson a 9-0 lead and gave them the opportunity go to their bullpan for the seventh inning.

In the seventh, John Vecere was hit by a pitch with one out and moved to second when Tyler Wyvell singled to right field. With two out, the duo moved up a base on a wild pitch before Matt Brooks' single plated Vecere with BSM's lone run.

The schedule doesn't get any easier for the Red Knights after falling to the 10th-ranked Jaguars. Thursday, they are slated to host Metro West Conference and fifth-ranked Chaska in a 4:30 p.m. game.