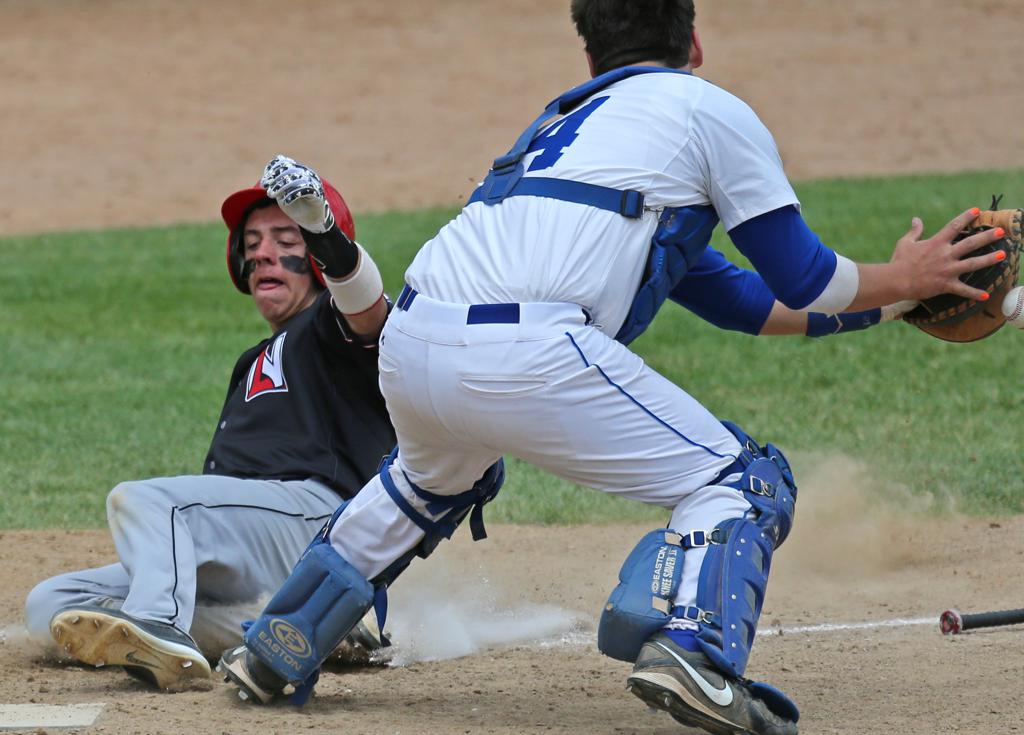 Lakeville North’s Angelo Altavilla (sliding) is one of several talented shortstops headed for Division I colleges next year.

Mounds View became the first school to repeat as the Class 3A champion since the three-class format began in 2000. Now it has a chance to make it three consecutive crowns. “We graduated an outstanding core of players in 2014; 60 percent of our innings pitched and 50 percent of our at-bats,” Mustangs coach Mark Downey said. “We expect to be in the mix with the better teams both in the Suburban East Conference and in the section.”

It’s essential to be solid up the middle in baseball. This year’s senior class of shortstops has an abundance of talent. At least five metro standouts are Division I-bound — Angelo Altavilla of Lakeville North (Nebraska), Ty Denzer of Chanhassen (Kansas), Eddie Estrada of Litchfield (Minnesota), Jordan Joseph of St. Michael-Albertville (Minnesota) and Jordan Kozicky of Minneapolis Southwest (Minnesota). Tyrell Buck of Red Wing might just be the best of the bunch. His future could be determined by the Major League Baseball draft.

Once again, the Class 3A tournament field will get to play in a new ballpark. The quarterfinals, semifinals and third-place game will be played at CHS Field in downtown St. Paul. The $63 million, 7,000-seat stadium is the home of the Saints in the Independent League. All three championship games will once again be played at Target Field.

With the season in full swing, coaches will be taking a good look at the depth of their pitching rotations. Most teams will play a full 20-game schedule over the next six weeks. Section play gets underway the week of May 18. Any postponements because of inclement weather often can lead to weeks of four and five games.

Teams will have the luxury of adding two more players come section and state tournament time. Rosters will be expanded to 20 players, up from 18 a year ago.