Class 3A: Lakeville South tops No. 2 Mahtomedi to keep its dream alive

The Cougars join Eden Prairie, Lakeville North and Mounds View in the semifinals. 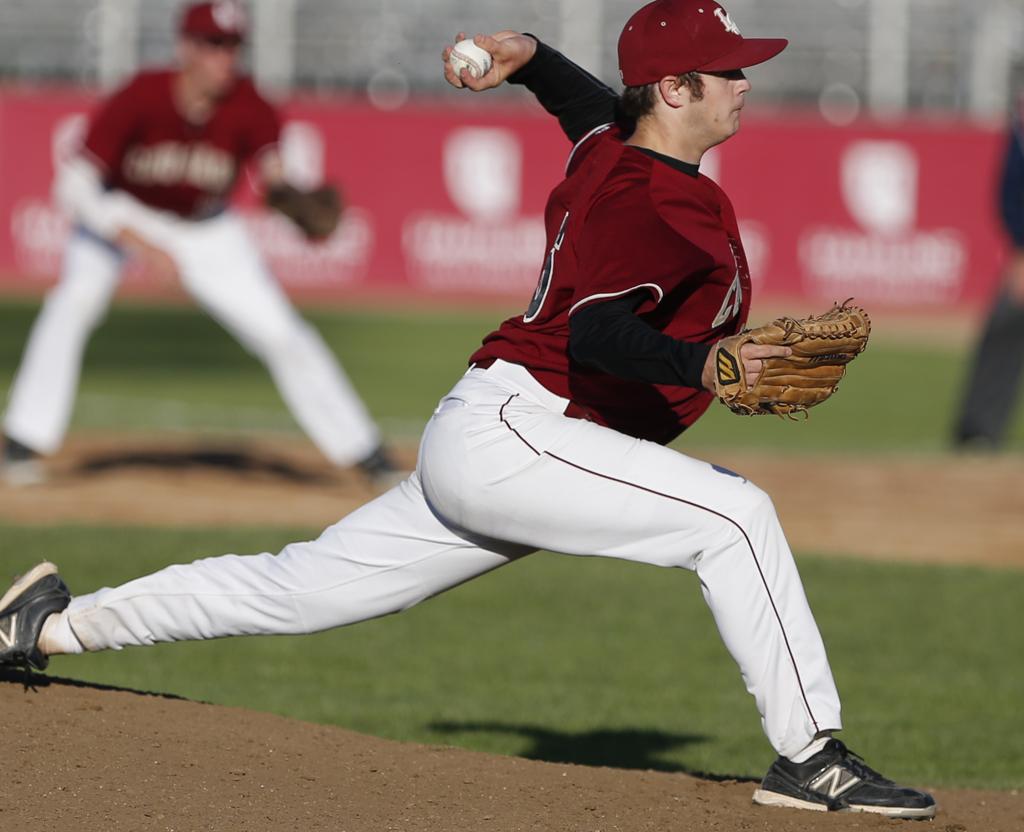 A Lakeville South parent greeted his son after the 4-3 victory over Mahtomedi in the Class 3A state baseball quarterfinals as one would expect after the regular season the Cougars put together.

“All we can do is keep laughing at this,” he said.

Nobody, even team parents, expected Lakeville South to be playing this deep into the postseason and the lack of expectation carried into Thursday's state tournament at Midway Stadium. The Cougars, however, never looked intimidated and continued the string of upsets.

The Cougars scored first, led throughout the game, and held off the Zephyrs’ late comeback attempt. Lakeville South starter Mitch Maurer finished the upset of the No. 2 seed by stranding two runners on base with his fifth strikeout of the game.

“Nuts. Unbelievable game. Unbelievable feeling. After that last pitch it was just a daze,” Maurer said. “All the people that said we’re here because we play in an easy section, we just beat the No. 2 team in the state.”

Lakeville South’s improbable turnaround run will continue against Eden Prairie in one of Friday afternoon’s Class 3A semifinals at Midway Stadium. The Cougars are 6-1 in the postseason after compiling a 2-17 regular season.

Lakeville South started their ace in the tournament opener, while the Zephyrs chose to go with 6-foot-11 junior Sean Hjelle over Division 1-bound pitcher Mike Baumann. Hjelle looked strong through the first two innings, but struggled with control at times. The Cougars eventually capitalized on the miscues.

A pair of hits, a walk, a hit batsman, and an error led to two runs in the fourth inning. The Cougars added one more run against Hjelle after a leadoff walk to start the fifth inning was followed by a pair of hits. They would add a necessary insurance run in the top of the seventh after Jeff Brandt led off the inning with a walk and reached base for the third time. Four Mahtomedi errors led to two unearned runs for the Cougars.

Maurer allowed just four hits, walked one and was responsible for two earned runs. Hjelle struck out eight, but walked four and hit one batter, while giving up six hits.

Shane Marker led Lakeville South’s offense with three hits and Brandt had a pair of hits and RBIs.

The big inning has become a regular part of Eden Prairie’s postseason success.

The Eagles used a four-run third inning in Thursday’s Class 3A state baseball quarterfinals to propel them to a 5-4 victory over Robbinsdale Armstrong at Midway Stadium.

“It’s been a big part of the team this year,” Eden Prairie designated hitter Aaron Kerber said. “A few innings we had bases loaded, but that [third] inning was huge. When we have runners on base, we’ve gotta get them in.”

Kerber anchored the offensive surge with a two-RBI triple. Back-to-back-to-back singles by Jack Claeys, Jack Sullivan and Jeff Athey set the table for the Eagles’ designated hitter. Athey and Matthew Cheesman also drove in runs for an early 5-1 lead.

One big inning was all Eagles’ starting pitcher Corey Binger needed. He held off Armstrong’s comeback attempt by stranding the potential tying run on base in the final three innings. He scattered nine hits, walked one, struck out six, and was responsible for only three earned runs.

Jacob Woessner led Armstrong with two hits. Starting pitcher Jordan Kuzina gave up all five runs in 3 1/3 innings and drove in a run at the plate. Jack Wibben relieved Kuzina with 2 2/3-scoreless innings.

“We clawed back pretty well and started to come back,” Wibben said. “Unfortunately, we were a little short.”

The special guest in attendance at Thursday afternoon’s Class 3A state baseball quarterfinal didn’t distract Sam Hentges. It made him better.

Mounds View’s big lefty threw a complete-game shutout and struck out 10 in a 4-0 victory over Elk River at Midway Stadium. The Cleveland Indians had a front row seat for their fourth-round draft pick’s best outing of the season.

The dominant effort advanced the Mustangs into Friday afternoon’s semifinal against No. 1 seed Lakeville North. It also likely had an effect on the Thursday night meeting with Hentges and the Indians to discuss the option of signing a pro contract.

“The pressure is off. The mindset was to come in and throw strikes and get good defense behind me. We have three pitchers scheduled to go complete games if we can get that,” Hentges said. “It feels good [throwing a complete game], especially because we didn’t have to use any other pitchers.”

It was Hentges’ second career complete-game victory in the state tournament. On Thursday, he struck out seven of the first 10 batters he faced – six straight at one point – and carried a no-hitter into the fifth inning.

Alec Abercrombie jump-started the Mustangs’ offense with one of three singles in the second inning, and Chance Carnahan and Ethan Madsen drove in back-to-back runs. Abercrombie and Tucker Gran each had two hits. Hentges helped himself by driving in a run with a double off the right-center field wall in a two-run fourth inning.

“He’s nuts. He came out and was throwing hard. [Hitters] can’t tell where anything is going,” Abercrombie raved about Hentges. “We always expect a lot out of him and he always brings it.” 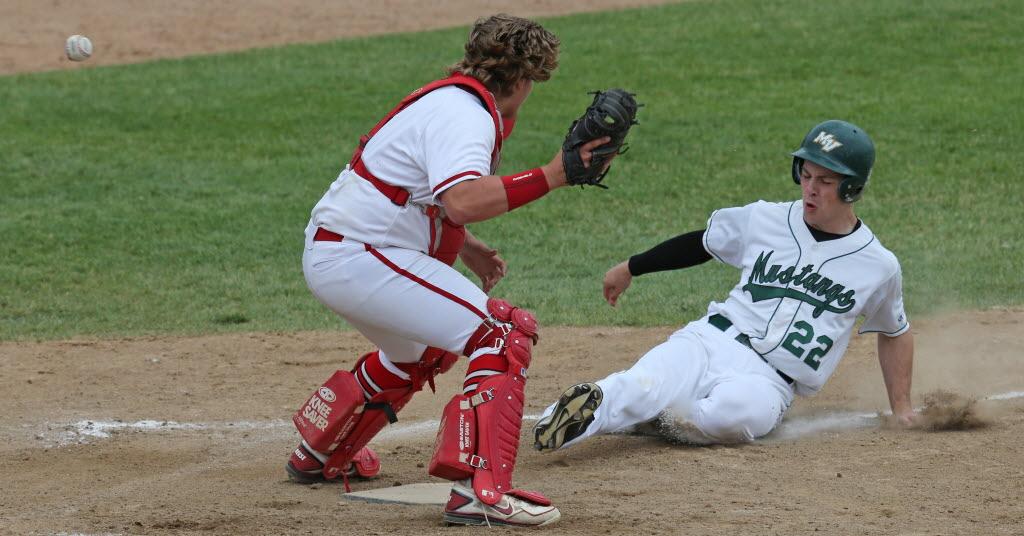 Dalton Lehnen couldn’t help but think about the potential of making another appearance in the state tournament.

Lakeville North’s senior lefthanded pitcher struck out nine through four innings and the Panthers led 8-0. He wanted out. Panthers coach Tony Market had other plans and sent Lehnen out for one more inning and three more strikeouts to all-but wrap up an eventual 10-0 victory in six innings.

“I didn’t know I would be that dominant coming into the game,” Lehnen said. “I wanted to get out of there as soon as I could and throw as few as pitches as possible.”

The lefty threw 78 pitches, gave up just two hits, walked two, and matched a season-high strikeout total of 12 in five innings of work. He set himself up to pitch at least a few innings on Saturday if Lakeville North advances to the championship.

Lehnen said the Panthers’ consistent offense continues to make his job easier. Lakeville North scored in the first inning and pulled away with seven runs scored in-between the third and fourth innings. Eight of the Panthers’ 10 runs were scored with two outs.

“We’ve been really good with our timely hitting,” Lehnen said after driving in four runs. “That’s been the biggest difference for us compared to last year.” 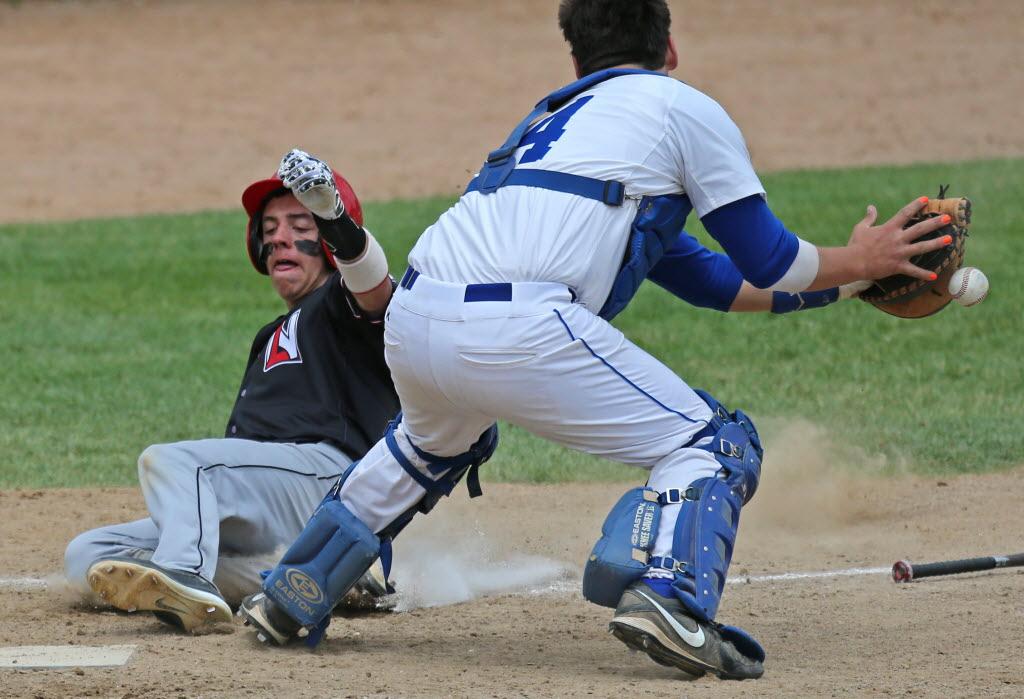