Lakeville South endured a 2-17 regular season but now is three victories from a state title. 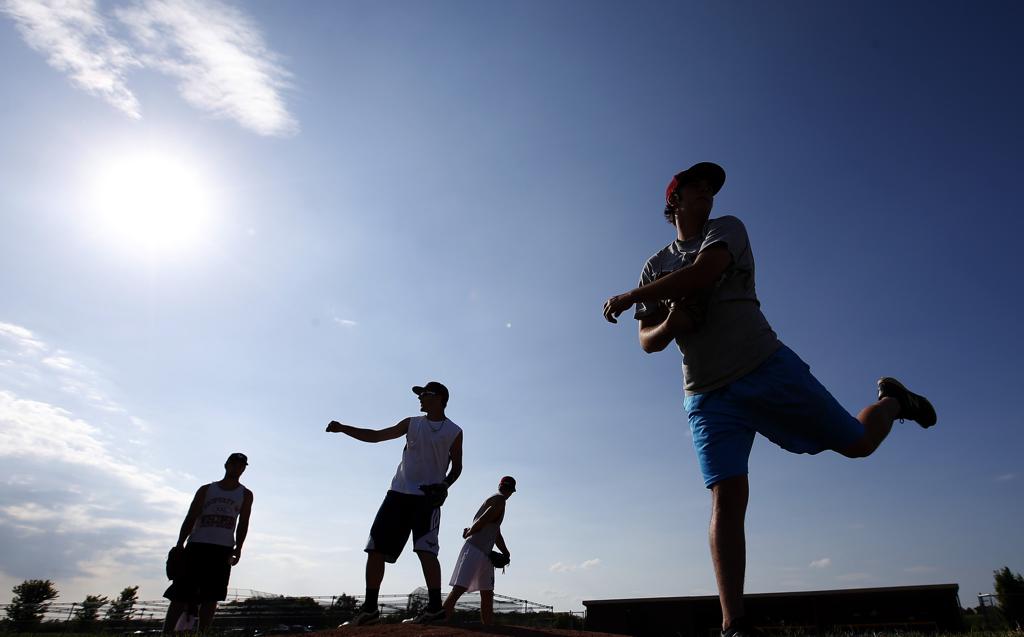 Mitch Maurer worked up the confidence to say “We’re going to state.”

The only problem was he only halfheartedly believed his words. It’s hard to fault the Lakeville South senior pitcher. The Cougars entered the Class 3A, Section 1 playoffs with a 2-17 record and as the No. 12 seed.

Nobody, even the players, expected anything from the group. Then the Cougars won a game.

“After the first section game I thought, ‘We have to do something with this,’ so I just looked at one of guys and said ‘We’re going to state,’ and only halfheartedly believed it,” Maurer said. “It wasn’t until after the last game that I believed it.”

Lakeville South rattled off five victories to complete the unexpected section run and advance to the state tournament, which begins Thursday at Midway Stadium. Maurer started the second section championship game and helped affirm his proclamation with an 8-5 victory over No. 3 seed Rochester Mayo.

Mahtomedi awaits Lake- ville South in the Class 3A quarterfinals at 5:30 p.m. The Zephyrs feature a 23-1 record and a Division I-caliber pitcher in Mike Baumann.

Cougars coach Allen Iversen is OK with the fact that his team has no superstars. It forced the group to rely on someone new each game during its section championship run, he said.

The late-season chemistry rid the group of a fear that clouded the Cougars’ regular season. They lost 15 consecutive games from mid-April to mid-May. Practice had become a struggle to get through, and at times it looked as if the team had rolled over, senior pitcher Cody Metz said.

Lakeville South won a second game in the regular-season finale against Burnsville and restored some hope.

“We just looked at it as the start of a new season. We were starting brand new,” senior second baseman JP Haack said.

Since the reboot, the Cougars are 6-1 and carefree as they make the program’s state tournament debut. The pressure is on everyone else to beat the only sub-.500 team in the tournament, catcher Austin Schultz said.

Pressure hasn’t been a problem for the rest of the Class 3A field. Mounds View returns to defend its title, and three of the teams boast 20-plus victories. Lakeville South’s rival, Lake- ville North, is the tournament No. 1 seed.