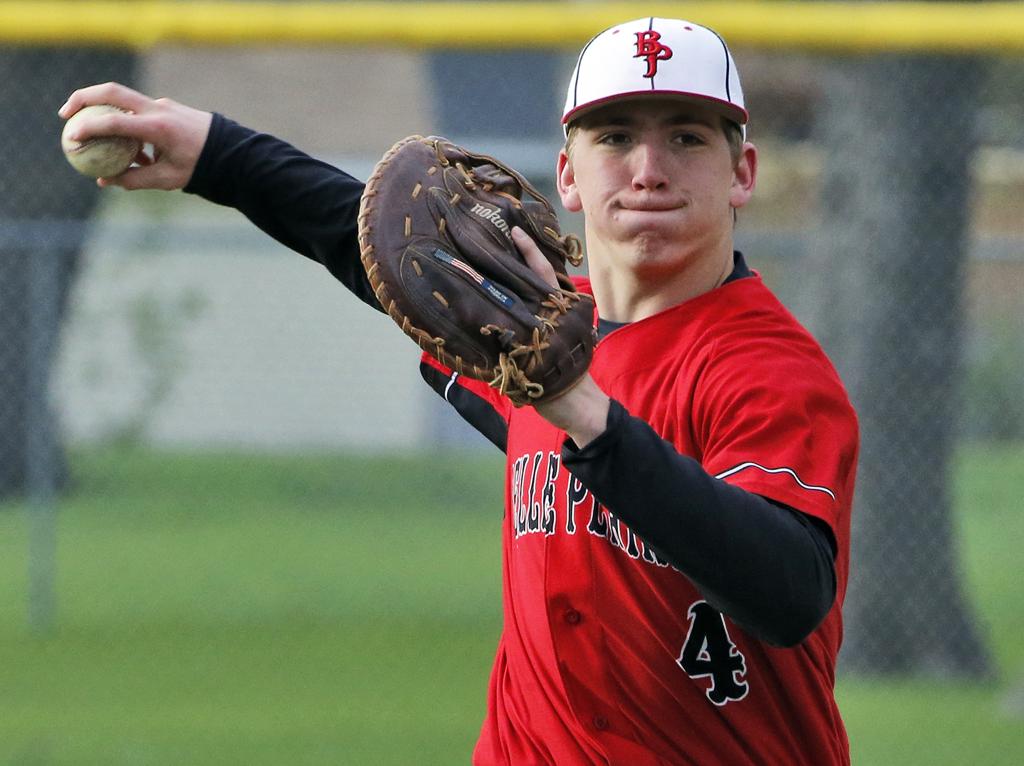 Derek Dahlke has elevated his game. His teammates have followed the lead of their senior standout.

Belle Plaine’s baseball team was expected to challenge for the Minnesota River Conference championship. Instead, the Tigers won their first conference crown in 13 years.

“Derek is the leader of the team, and the one who has been pushing guys to get better in the offseason,” Belle Plaine coach Pat Schultz said. “He is always helping to make sure guys are on task, and being productive on the field.”

“We were more dedicated to getting better in the offseason,” Dahlke said. “We came into the year focused and determined.”

“We put a lot of hard work in to become one of the top teams in the conference,” Dahlke said. “It’s showing now.”

Belle Plaine didn’t waste time showing where it stacked up in the conference. In the second game of the season, the Tigers defeated second-place Norwood Young America 8-4.

“We knew they were expected to be one of the top teams in the conference,” Dahlke said. “Once we beat them, our bats got hot. We took off from there.”

“His leadership in practice has really been huge for us this year,” Schultz said. “He is always helping his teammates improve while doing the little things in practice that help make him and the rest of the team better.”

Dahlke realizes pitching will be a big key for the Tigers come playoff time. Classmate Chase Emmers is 3-1 with a 1.99 ERA.

“We have a lot of guys who can throw,” Dahlke said. “We have depth in our pitching. I think that has helped us the most.”

When the Tigers have struggled, it’s been due to a lack of offense. Dahlke thinks it’s correctable.

“We just have to get back to doing the fundamental things correct,” Dahlke said. “We’ve gotten a little lazy. Everybody has to do their job. If it’s a bunting situation, you have to be able to lay down a bunt.”

If the Tigers are able to execute the finer aspects of the game, Dahlke said he believes the team could earn its first state tournament trip in school history.

“The season doesn’t start until the section playoffs,” Dahlke said. “It’s a whole lot sweeter to be section champs than conference champs.”