A $90,000 hurry-up repair job is shoring up a rotted grandstand. 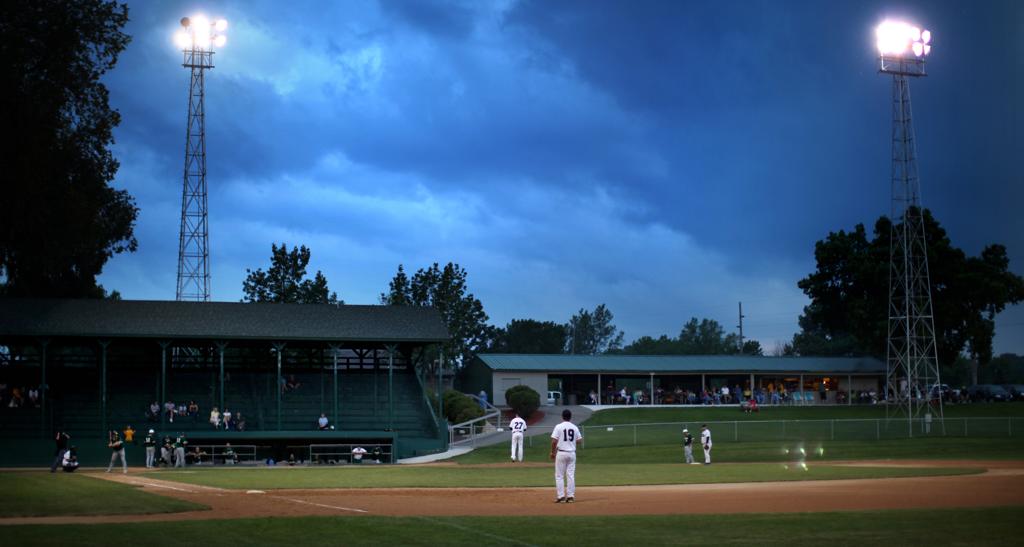 The Jordan Baseball Park is known as the "Mini Met." Built of wooden post and beam, the "Mini Met" has been the pride of Jordan since the mid-'30s when it was built.

The grandstand at the Mini Met, in Jordan, Minn., one of the state’s most celebrated small-town ballparks, is so rotted away that emergency repairs are being made. The City Council in Jordan has fronted $90,000 so that work can begin in time for the quaint ballpark to stage a portion of the state high school baseball tournament in June. Here’s a quick background:

The Mini Met dates from 1930 and features a roofed grandstand straight out of Hollywood visions of Americana.

Inspections this spring found an alarming degree of rot.

In a memo to the mayor and City Council, Tom Nikunen, interim city administrator, described what’s needed as “a large scale emergency project for the safety of the grandstands.” The cost of as much as $90,000 counts structural engineering and construction.

Structural engineer Gene Dwyer furnished the city with pictures of what a wooden post looked like before and after being probed for rot. In the after version, virtually nothing at the ground remains. Connections designed to keep the structure from “lifting off the foundations in a wind storm,” he reported dryly, are “no longer effective.”

Most likely, he said, all posts need to go, plus the foundation itself.

Who gets the tab?

“The cost of the project is great,” Nikunen said, “but we can work with the state amateur tournament committee on payments. There has been some discussion of the city paying up front and tournament revenues being directed to pay some or all of this cost.”

The City Council held a special meeting last week and work was to begin as soon as possible in hopes of completing it by June 6, in time for the state tournament a few days later.