With a lingering winter and the Metrodome reduced to rubble, the baseball field at Minnetonka High School has been the place to be for ball players. 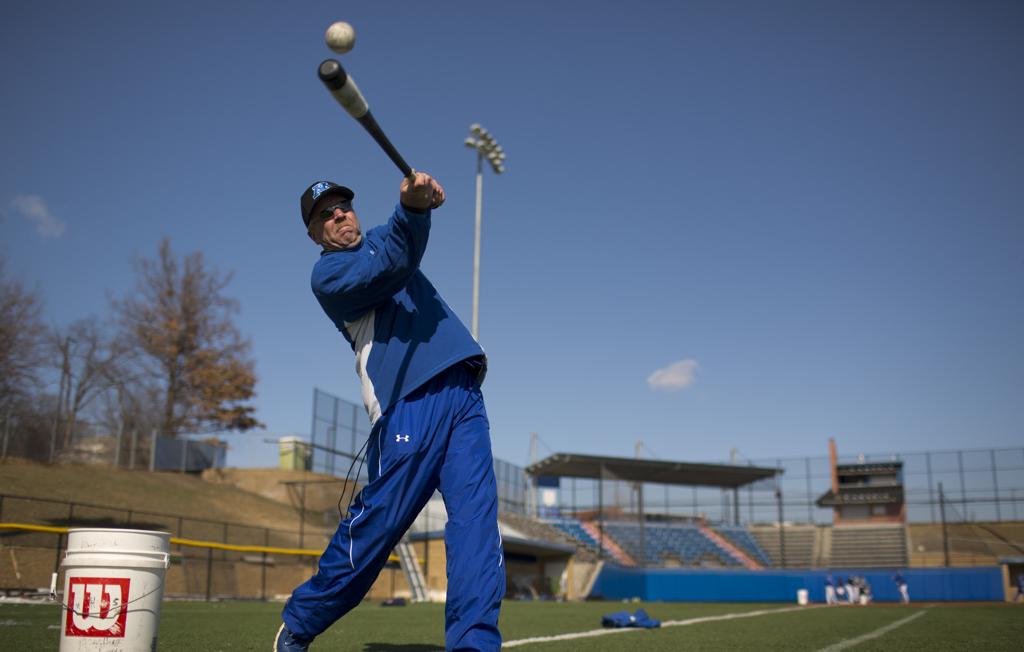 As a baseball venue, few stadiums were as reviled as our dearly departed Metrodome. A gray-white fungus on a lawn of baseball cathedrals, not even two World Series championships could rescue its reputation.

But when spring plays hooky, like it has in recent years, you didn’t hear any complaining from high school and college baseball teams that rented the Metrodome for early-season games because the weather was often unpredictable or just plain cruddy.

“When you think about the number of games that were played there or moved there because of the weather, the impact has been pretty huge,” said Todd Smrekar, baseball coach at Cambridge-Isanti and president of the Minnesota High School Baseball Coaches Association. “The Metrodome was not a cheap rental, but what you got out of it was pretty significant.”

But the next best thing, with a lingering winter and the Metrodome reduced to rubble, has been the baseball field at Minnetonka High School.

On a recent Sunday in late March, while much of the state was still blanketed with snow, Veterans Field played host to eight college baseball games on its artificial turf field.

It’s the only high school in the state with infield/outfield turf coverage, similar to the University of Minnesota. Fields at St. Thomas, St. John’s and Concordia (Moorhead) have artificial turf on only a portion of their fields.

The Minnetonka field was upgraded in 2007 by the Minnetonka Diamond Club, the booster club for Minnetonka baseball. With natural grass fields unusable until ground frost dissipates, Minnetonka’s field has been playable as long as it was clear of snow.

“It’s been a great addition,” said Brian Tichy, president of the Minnetonka Diamond Club. “We’ve had teams calling us to use the fields quite often. There are only so many days it’s available because our first priority is the school district, but teams have even been willing to come and play in the morning.”

The field improvements, which cost about $3 million, were paid for through donations and booster club fundraising, Tichy said. Renting to teams desperate for a place to play — the rate for non-Diamond Club members is $350 per game — has been a pleasant source of unexpected revenue to help pay down debt incurred when it was built.

“We’ve paid for it with car washes and fundraisers,” Tichy said. ‘‘We thought field rentals might be a part of that, but we never knew it would be of this magnitude.”

“That doesn’t include practices, PE classes, the Tonka Youth Football Association or lower-level games,” Twenge said. “We hope that in five, six years, we’ll be debt-free.

“It has been a great addition to our community.”