Blaze fall to Bloomington Jefferson, then hurry to another site and win showdown with Eastview 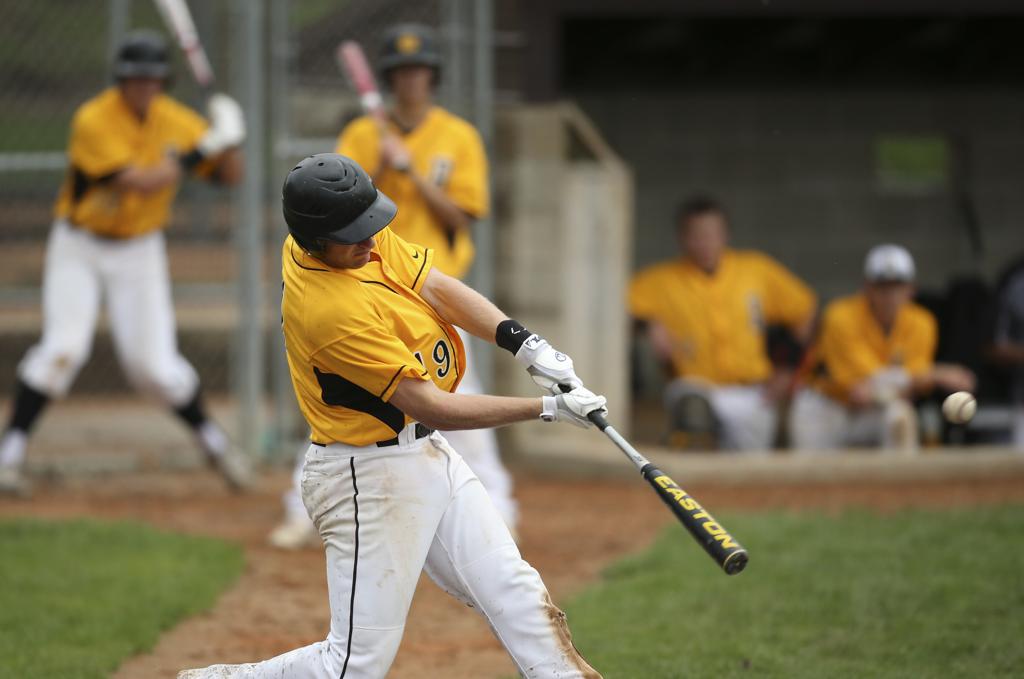 Tuesday began poorly but ended well for Burnsville’s baseball team. The Blaze recovered from an early afternoon loss to Bloomington Jefferson by defeating Eastview 4-1 at Alimagnet Park in Burnsville.

The unusual regular season finished in an unusual way for the Blaze. In attempt to get in as many South Suburban Conference games as possible before the section seeding process, Burnsville faced Jefferson for a noon game. The Blaze players didn’t have much time to get over a 4-3 loss that fell apart in the bottom of the seventh. They had to be back in Burnsville by 3 p.m. for their next opponent, Eastview, in a matchup of the past two Class 3A state champions.

“It was good to see us come back after getting defeated by giving up three runs in the last two innings [to Jefferson],” Burnsville coach Mick Scholl said. “The team responded how I like to see.”

Especially his senior standout, Tyler Hanson. He went 2-for-3 with a double, RBI and run scored against Eastview. On the day, the Gophers recruit was 4-for-6 with two doubles, an RBI, a run scored and a walk.

Hanson said it was tough to stay focused with the travel and restart following the loss to Jefferson. But he was thankful for the challenge it provided in preparation of the section playoffs.

“We were a little more loose the second game,” he said. “It’s especially good knowing we can handle [the pressure] and work from there.”

Aaron Rozek had an RBI single for the Blaze. Mason Schneider doubled and walked. And Zach Smith and Cooper Maas each drove in runs with sacrifice flies.

Spurts of rain weren’t able to stop the regular-season finale at Alimagnet Park. It did, however, impact the game.

Long grass combined with a wet infield and outfield stunted anything hit on the ground. Maas, Burnsville’s starting pitcher, gave up four hits and struck out four on his way to a complete-game victory.

“I focused on getting ahead in counts and getting the ball on the ground,” Maas said. “It was pretty important [to complete the start] since we’ve been playing a lot of games.”

Eastview’s Derek Schiebel went 2-for-2 and scored the Lightning’s only run. Cole McDevitt provided the RBI.

Both teams finished in the top three in the South Suburban and are expected to earn first-round byes in the Section 3, Class 3A tournament.