Bad weather, few practices and up to eight games a week means teams can’t have too much pitching. 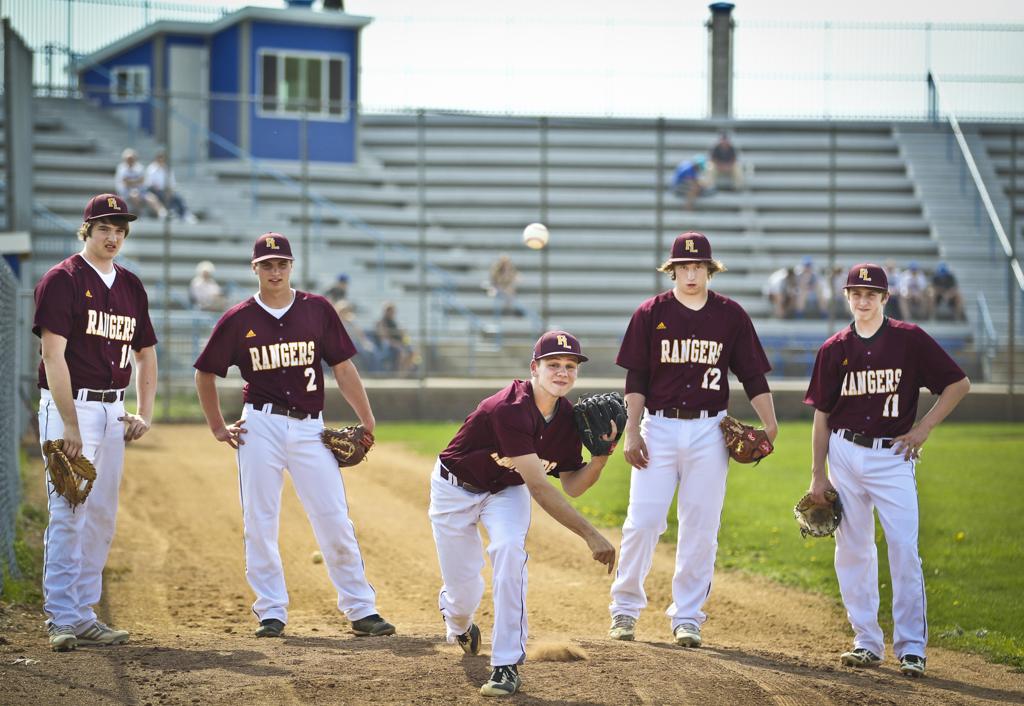 Pitching had become foreign to Dylan Dresel. The Forest Lake senior had stopped worrying about throwing strikes three years ago when his arm was no longer needed to get hitters out. He focused solely on playing infield, until winter’s prolonged stay this spring changed his focus.

As games were postponed and the season became compressed into more games in fewer weeks, baseball coaches around the Twin Cities began to scramble to find more pitching.

Every canceled practice put an even greater premium on teams blessed with enough pitching to keep important arms from being worn out by a steady diet of doubleheaders and as many as eight games a week.

Dresel and teammates Reid Larson, Brett Gravelle, Clayton Dahly and Joe Vacinek weren’t expecting much, if any, varsity mound time at the beginning of the season. In the Forest Lake media program, three are listed as infielders, another as a junior varsity player. Each, however, has pitching experience, which was all coach Tal Gravelle required when he doubled his pitching staff to 10 arms.

“I just have to throw strikes,” Dresel said of his role. “I feel like we have a pretty deep pitching staff for high school. We’ve got a lot of guys that can throw and a couple good starters. So that helps us out.”

In a typical season, two or perhaps three pitchers would get most of the Forest Lake starts. This year is anything but typical, though. The Rangers have played seven games in each of the past two weeks.

“We’re digging a little deep and got a lot more guys ready to pitch. It’s a strategy,” Gravelle said. “We’ve had two senior players that hadn’t pitched since ninth grade become key contributors to our staff.”

The quality depth has paid off. The Rangers are 10-4 and atop the Suburban East Conference, and the newcomer pitchers are responsible for several of those wins. Dresel picked up his first varsity victory — in his first start since ninth grade — two weeks ago against Woodbury by pitching six innings and giving up only two earned runs. Larson pitched six innings of scoreless relief last week against Cretin-Derham Hall.

Pitching arms supply and control have emerged as key strategies as the compressed season races toward section playoffs.

Hill-Murray has benefited from a trio of seniors — Luc Henke, Lucas Glomb and Travis Neubeck — with varsity pitching experience from last season to handle the load of innings. Coach Bill Lechner knew he’d have an edge with these arms and several solid relievers to fill the holes.

Woodbury is doing just enough to get by. The coaching staff of the .500 Royals is only asking for a regular-season record good enough for a first-round bye. Junior Nick Yan is helping the Royals get there. He wasn’t expecting a starting role this season, but the condensed schedule earned him Woodbury’s fourth rotation spot. He lasted six innings for the victory last week against Forest Lake.

“We have gone deep [to find arms]. I’m surprised guys can handle it. We’ve been playing a lot,” Yan said. “When it started snowing and we got all the delays and doubleheaders, I thought I might get a chance to start.”

Eagle Valley coach Paul Jenkins told his players that this regular season isn’t about winning and losing. Instead, learn and be ready for the playoffs.

But St. Croix Lutheran coach Todd Russ said he’s noticed arms aren’t as strong as they’ve been in the past at this time of year. He ties it to a lack of outside practice.

Most teams have averaged only four outside practices, sometimes opting for a day off for rest.

Schedules will return to normal for the postseason and should allow teams to rely on as few as two starting pitchers, similar to previous seasons. While depth won’t offer as much of an edge in tournaments, the effects of not having enough pitching throughout an accelerated regular season of seven-inning games could carry into the postseason.

Fatigue, dead arms and overuse are problems coaches closely monitor. In the second week of May, Major League Baseball draft prospect Max Knutson of Mounds View had started two games totaling 13? innings. That was the most he could recall pitching in one week.

“I’m definitely tired. But I’ll do my conditioning stuff and be ready next week,” he said after Mounds View’s eighth game that week.

Mounds View’s No. 2 pitcher, Sam Hentges, said the team expects Knutson to throw a complete game each time out. He described the possibility of Knutson throwing 15 innings in a week as “unbelievable.”

“It definitely takes a toll on you, but we’re getting through it,” Hentges said.

Forest Lake’s regular pitchers — Jack Schmidt, Phil Sauer, Noah Brown, Dan Wassman and Kyle Parker — and catcher Beau Fandel are thankful for the Rangers’ extra depth. Fandel said he knew this would be a season determined by who can send the most quality arms to the mound.

Gravelle’s secret to managing so many arms and so many games, he said, revolves around pitch count, and sometimes just winging it.

“We have not planned out our pitching for the entire week, like a normal season,” he said. “Rather we have gone game by game, not worrying about tomorrow.”