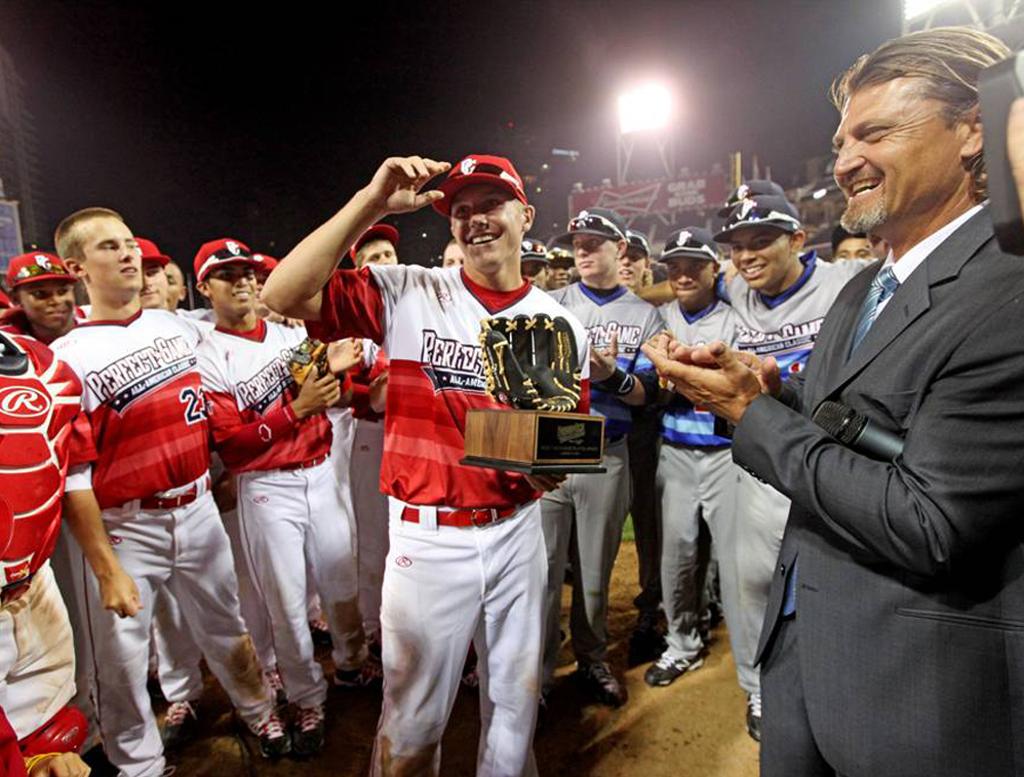 Ryan Boldt knew something wasn’t right. The Red Wing outfielder, projected to be a first-round pick in next month’s Major League Baseball draft, went to sleep with an achy right knee Saturday night and woke up with limited range of motion.

After a quick phone call, Boldt’s doctor at TRIA Orthopaedics Center also knew there was something more going on than what an inconclusive magnetic resonance imaging exam found after Boldt injured his knee in Red Wing’s season opener April 26.

On Monday, Boldt traveled to the Twin Cities for arthroscopic surgery that fixed a partially torn meniscus. He injured it initially on a slide. It gave out later in the game when he stepped into a hole in the outfield.

The surgery ended the speedy outfielder’s high school career after the first game of the season.

Boldt’s draft stock had risen after a monumental summer with USA Baseball and at other All-American events. He has committed to the University of Nebraska.

“I laid in bed [Saturday] and woke up. Something must have happened overnight,” Boldt said Thursday. “I knew it right away and called the doctor. Obviously everyone was shocked.”

Instead of getting to show his improvement since last summer, Boldt is no longer projected to be a first-round pick by analysts Keith Law (ESPN) and Jim Callis (Baseball America). Before news of Boldt’s surgery became public on Wednesday, Law ranked him the 13th-best prospect.

“He’s the same athlete. We just don’t get to see him play in the couple months up to the draft,” Radcliff said. “Every player in this situation has to figure out what the risks are on their side, and we’ll do the same on our side.”

On Wednesday, the Boldts mailed an injury and surgery report to the MLB scouting bureau. Many orthopedists considered Boldt’s knee injury low-risk, and Radcliff said there is still a lot of interest in him.

The surgery was never about the potential millions of dollars a first-round draft pick could be offered, Boldt and his father, Mitch, both said. They just want to make sure he is taken care of. Whether that’s at Nebraska or through the draft, set for June 6-8, Ryan Boldt is confident he’ll get to the same place.

“Before the injury, I didn’t know where I was going to get drafted and all the money. And now after, I still don’t really know,” Boldt said. “It’s definitely bad timing. But ultimately [the surgery] is what I needed to do to keep playing.”

More than a dozen scouts were at the game when Boldt went down. Their message since then: Get 100 percent healthy before you come back. Nebraska coach Darin Erstad had the same advice when the two conversed after the injury.

Boldt said he didn’t think twice about not having worn cleats or practiced sliding outside before the season opener. Poor weather had forced the Wingers to practice at their hockey rink most of the spring.

He wasn’t sure if his right cleat got caught on the slide that originally tweaked his knee, but he was sure he stepped into an outfield hole later.

“Every season is going to be nicer when you start out practicing outside and get cleats on,” Boldt said. “It wasn’t ideal [conditions], but it’s just something you have to deal with. You can’t blame the weather.’’