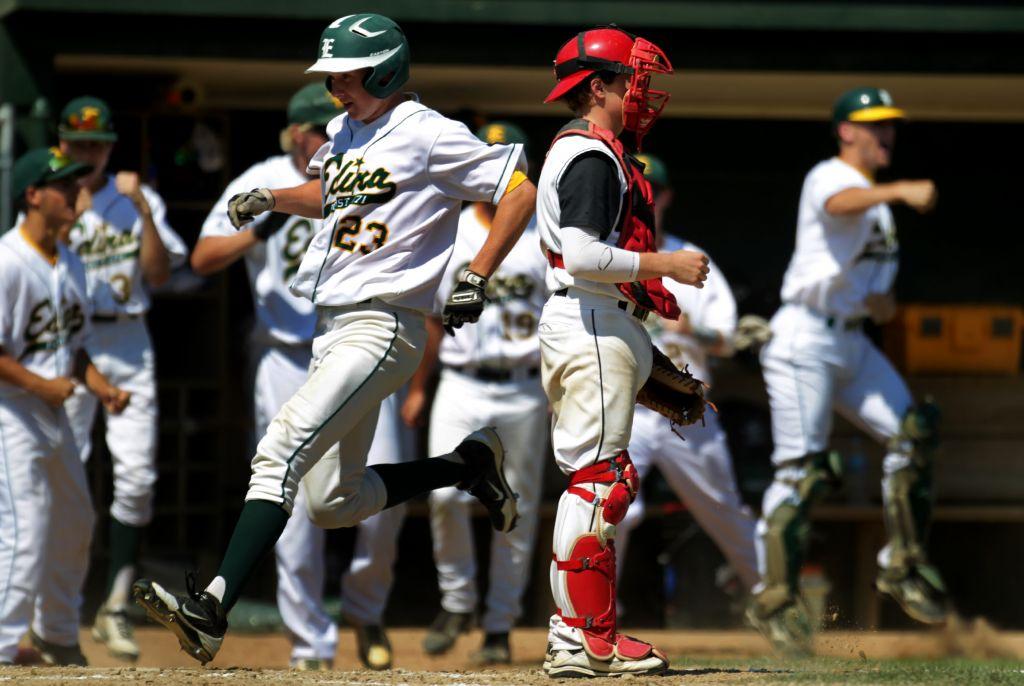 Nick Leer is far from a celebrity. Just don't tell that to the horde of youngsters who showed up this summer at his baseball games.

"It's kind of cool to have them know your name -- "Hey, great game, Nick!' -- and want to give you knucks after the game," said the shortstop for American Legion Post 471 in Edina. "It's great to see the shift in culture in Edina. And we're honored to represent Minnesota."

In a town known for its hockey, Legion baseball -- played by teenagers on hot days and buggy nights before crowds that include veterans and typically exceed those at spring high school games -- has surged in popularity.

"Some people call me crazy for saying our goal is to win the region and win the World Series, but what am I supposed to say, we want to finish fifth?" Edina coach Nick Kennedy said. "Nobody would respect that. These guys are ready. We don't want to roll over. It's a good confidence, but on the other hand, everyone there is a winner."

Eden Prairie advanced to play again Friday after a 9-4 victory over West Des Moines on Thursday, and Edina advanced by beating West Fargo 3-2.

The two west metro suburbs are among 321 Minnesota teams this summer, second in the United States to the 360 from Pennsylvania.

Today's players hope to be the stars of tomorrow. But for now when the three or more games a week aren't on their minds, it's readying for the last year of high school or returning to college.

American Legion baseball sprang from a state convention speech that deviated from the norm and instead focused on the role of athletics in developing youth. It has survived summers marred by war and forces of nature.

Last week's Minnesota American Legion State tournament was played at picturesque Chaska Athletic Park, notorious for spring flooding from the nearby Minnesota River. By summer, however, its iconic high light towers shine down on a manicured canvas of raked dirt and clipped grass, a Norman Rockwell symbol of Americana.

The American Legion, based in Indianapolis, registers more than 5,000 teams from all 50 states. It estimates more than 100,000 players are involved.

"It's not only baseball; it's providing an opportunity for these kids to play baseball during the summer," said outgoing Minnesota American Legion Director Darwin Berg, who served a year in the Vietnam War. "We're not there to enhance any program. We're there to give kids opportunities."

In a scene as common as the national anthem, players from American Legion teams recite a pledge before each game that concludes with a vow to "keep a sound soul, clean mind and healthy body."

They want to win, too.

"We had a big target on us this year," Eden Prairie coach Scott Hackett said. "When we lost, we saw a lot of celebrating. But everybody respected the game."

Baserunning has been especially important this year since American Legion switched to BBCOR bats, the softer, safer alternative to composite bats that the National Federation of High School Associations mandated beginning this year. Only seven home runs were hit during last week's state tournament, compared with 25 a year ago.

If one of the Minnesota teams advance to Shelby next week, the state has a chance to crown a third World Series champion in Berg's decade-long tenure; the Rochester A's won in 2003 before last year's triumph by Eden Prairie.

Richfield Post 435 won Minnesota's first American Legion championship in 1943. Forty years later Minnesota picked up another World Series title when Edina won, thanks in part to catcher Mike Halloran. He retired this spring after 18 years as Eden Prairie's head high school baseball coach and is an assistant on the American Legion team.

As a student, Halloran walked the Edina halls with classmates who are now parents of Edina players who played with Eden Prairie in the District 10 tournament and the state tournament.

"But you know what, it's all fun," said Halloran, whose son Danny is on the Eden Prairie team. Another son, Matt, helped the team to a runner-up World Series finish in 2010. "So many people go out of their way to make Legion baseball a great experience for these kids. They made a commitment to their country, and now they're dedicated to our kids."