Charlie Turch followed Jack Fossand's gem with one of his own, sending the Aggies to a championship game with Lac qui Parle Valley. 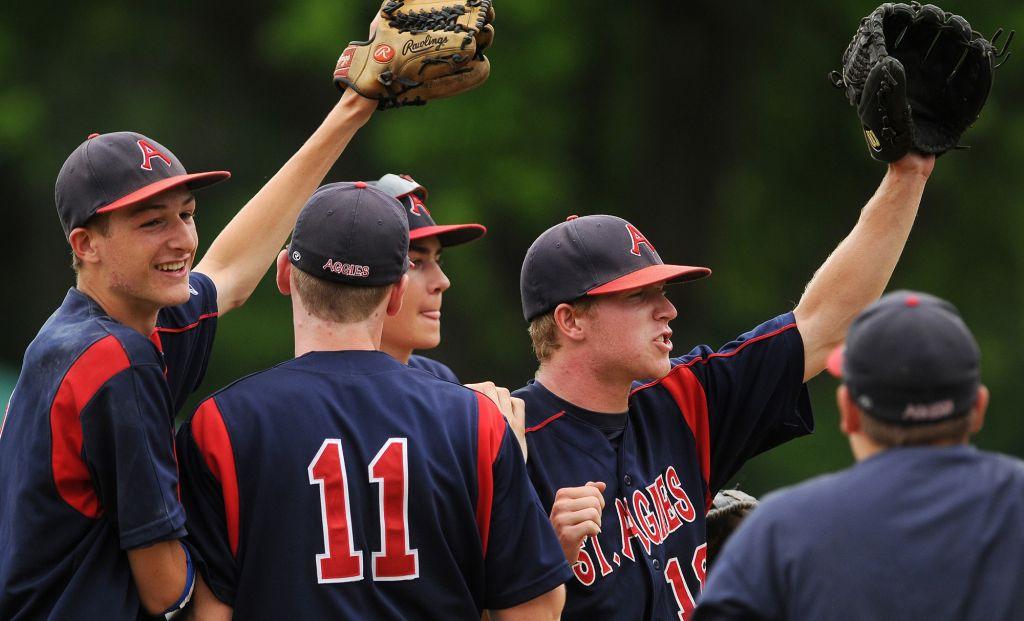 St. Agnes, which nearly closed in 2006 amid financial difficulties and competes without a home field or practice facility, is one victory from its second Class 1A baseball state championship.

The Aggies defeated Blackduck 7-0 on Friday in the semifinals at Chaska Athletic Park. They will meet Lac qui Parle Valley for the title Monday at Target Field.

"This is incredible," St. Agnes senior first baseman Evan Morehead said after going 2-for-4 with an RBI. "It's been a long road, and we're going to Target Field."

The Aggies (22-6) had an easier time with Blackduck senior righthander Cody Bergquist than they did late Thursday night with New York Mills' Adam Snelgrove. They beat Snelgrove and previously undefeated New York Mills 1-0 behind sophomore Jack Fossand's three-hitter and 12 strikeouts.

"That was a huge win," Moreland said. "We were hungry to break up their perfect season."

Against Blackduck, St. Agnes took a 1-0 lead in the second on three consecutive singles, the last by Joe McDonald. Winning pitcher Charlie Turch's two-run single made it 3-0 in the third, leading to Bergquist's departure.

St. Agnes scored twice in the fourth, on a bases-loaded walk to Ryan Hernandez and an RBI single by Evan Moreland. The Aggies added single runs in the fifth and seventh.

Turch, a senior, needed only 79 pitches in his four-hit shutout. He struck out four and walked one.

"I wanted to come out and pitch like Jack did yesterday," Turch said. "That was a huge performance."

When Eagles catcher Preston Kraft hit a two-out, two-run single in the third inning, it was as if a scoring frenzy had erupted. Between innings, he was quickly high-fived by all his Lac qui Parle Valley teammates.

"I knew he [Mitch Heid] was going to throw a curveball because that's all he was throwing me," Kraft said. "I was able to get the bat head on it."

Kraft's first hit of tournament capped a three-run inning and propelled the Eagles (18-9) into the championship in their first state tournament trip. He was also hit by a pitch with the bases loaded in the seventh.

Sam Haas drove in the Eagles' first run in the third with a bases-loaded sacrifice fly.

The Tigers (23-4) scored their lone run on an RBI double by Kyle Petermeier.

Ben Morken threw a five-hit complete game for the Eagles, striking out five and walking two.

"I just tried to hold them after we got up 3-0,'' the junior righthander said. "After Preston's hit, I was really jacked."

Their fans were just as excited as the players.

"This is awesome," Kraft said. "Nobody expected us to be going to Target Field."