Minneapolis Washburn is back at state after an 18-year absence behind savvy players. 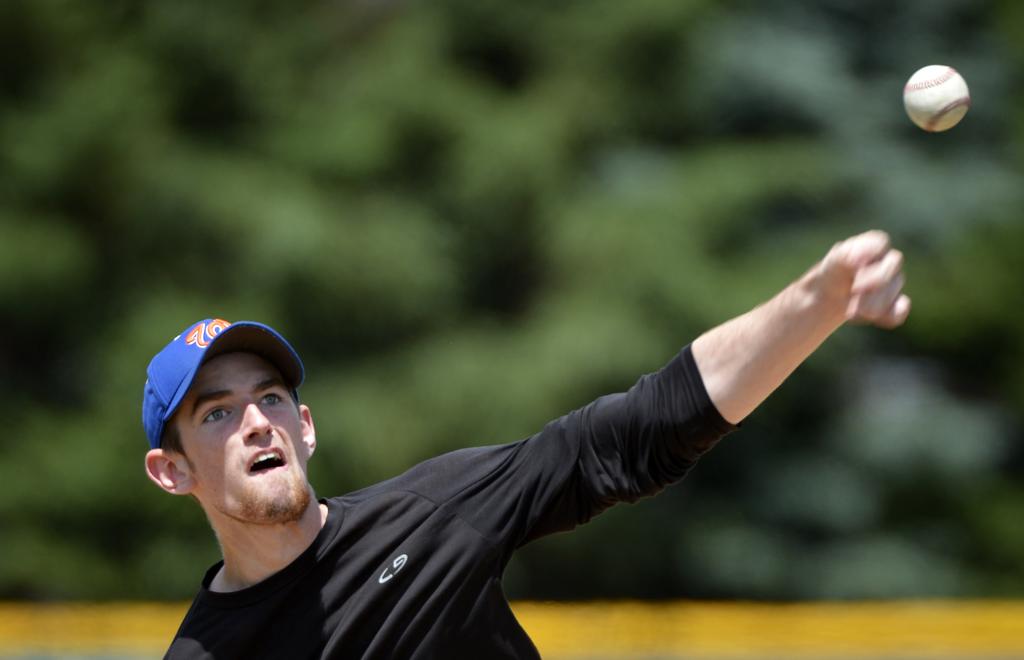 Washburn ace lefthander Josh Pierce on mixing his pitches: “I love going out and throwing a curve for a strike on a 3-1 count and watching the batter get frustrated.”

There is no fire-balling ace on the mound, no sweet-swinging prospect cleaning up at the plate.

The Minneapolis Washburn baseball team is not loaded with physical specimens. If the average person saw the players on the street, they likely would not look twice.

But the Millers, appearances aside, are special group of ballplayers.

Sporting a gaudy 25-0 record and the confidence to match, Washburn is gearing up for its first state tournament appearance in 18 years. It's the first trip to the tournament for any Minneapolis Conference team since Washburn's last trip.

The Millers play Proctor on Thursday in the quarterfinals of the Class 2A baseball tournament in St. Cloud.

"You look at them and you don't see any superstars," Millers coach Jim Clancy said. "But what we have are kids who are pretty good baseball players."

Which sums up the Millers pretty succinctly. These guys are ballplayers, first and foremost, throwbacks to a time when boys whiled away summer afternoons pitching and hitting and catching.

Consider Tuesday of this week: Plans to practice at Pearl Park in south Minneapolis were scrapped after rain left the field in rough shape. So the team headed north to a field near the northern edge of the city.

"This is the type of team where, if I tell them we have a 10 o'clock practice, you can go down on the field at 9:30 and five, six, seven of them are already there," Clancy said. "They just love to play ball."

That said, Washburn is plenty talented, led by quintessential Miller Josh Pierce. At 6-feet and weighing barely 150 pounds, Pierce won't make opponents gulp in fear -- at least until he throws his first pitch.

"I love being called a junkballer," Pierce said. "I love going out and throwing a curve for a strike on a 3-1 count and watching the batter get frustrated."

His success has had a ripple effect on the team, Waltz said.

"He has so much confidence that it give us confidence when he's out there," said Waltz, who will catch for the University of St. Thomas next year.

Beyond Pierce, two transfers from Minneapolis Southwest -- shortstop Jonah Kaplan and outfielder Brandon Schmahl -- infused talent into an already deep roster. They can all hit: Eight regulars are hitting above .320, led by Kaplan's .448 average.

The Millers know their sweet season could suddenly turn sour with a poor state tournament showing, but they're not worried.

"It just feels like the baseball gods have been pulling for us," Kaplan said.