First up: Hopkins vs. Eden Prairie

The Royals play the Eagles in the first game of the Class 3A state baseball tourney's first round. 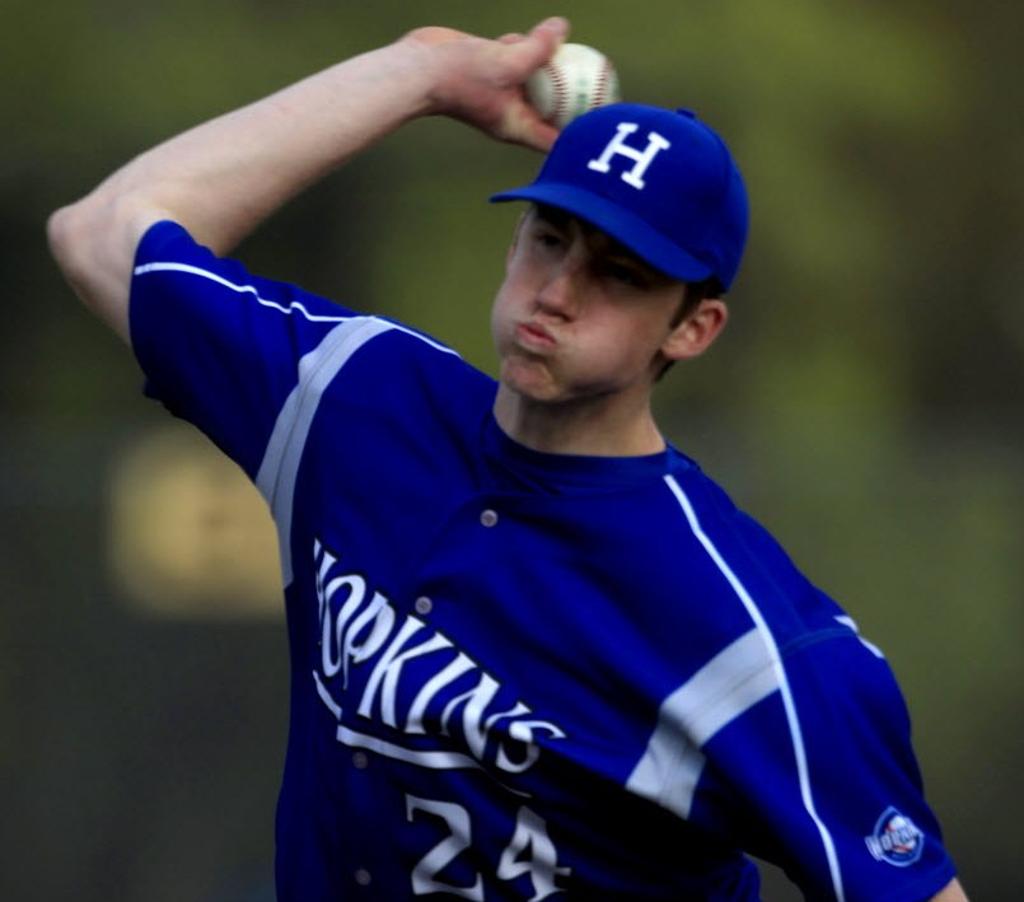 Friends off the field, Neil Lerner and Mike Halloran are used to being in opposing baseball dugouts as coaches for Lake Conference rivals Hopkins and Eden Prairie. Thursday, that rivalry gets upped a notch when, by luck of the draw, the two meet in the opening round of the Class 3A baseball tournament, which is unseeded.

"At least one of us is going to get the chance to play for the right to go to Target Field," Lerner said. "That speaks well for our conference."

In advance of the matchup, slated for 10 a.m. at Midway Stadium in St. Paul, here is a closer look at both teams:

Talk about a catapult into the biggest tournament of the year.

Hopkins trailed Wayzata 3-2 in the Class 3A, Section 6 final in the top of the seventh inning and was down to an 0-2 count with one out before tying the score. It then became a parade around the bases, loading them up for catcher Matt Sinderson. Parade Stadium is no Wrigley Field, but the outfield ivy can play the same tricks.

Sinderson laced a ball over the left fielder, who went searching for it in the greenery. Meanwhile, Sinderson kept running for an inside-the-park home run, leading to a 7-3 victory.

"Just an unbelievable change of emotions, and the guys are riding it high," Lerner said.

Pitcher Tim Shannon leads the charge. The Michigan recruit pitched a complete game in the Section 6 opening round against Bloomington Jefferson. He held off Wayzata after Sinderson's big hit.

"He just continues to do it all," Lerner said.

The Royals started the year 6-0 before losing 6-1 to Eden Prairie. They then lost three in a row in mid-May before righting the ship, including a 5-1 road victory over the Eagles to close out the regular season.

"We responded so well after not winning,'' Lerner said. "Knowing how to handle that adversity should help us have a chance here."

In 18 years of coaching, Halloran has dealt with more than his share of bad feelings. Funny thing is, they usually lead to positive results.

With ace senior pitcher Cameron Mingo unavailable, Halloran started junior Corey Binger. No offense to Binger and the defense behind him, but ...

"I didn't have the greatest feeling going into it," Halloran said.

Like clockwork, Binger and the rest of the roster made Halloran's uneasiness go away in an 11-1 drubbing in the rematch with the Skippers.

"The guys had it right; I didn't notice any nervousness or uneasiness from our guys," Halloran said. "The real story was Corey Binger. I could not be more proud of him and the rest of the boys. Corey was mowing them down."

Win or lose, this will be Halloran's last go in an Eden Prairie uniform. After this week, he will retire from coaching to spend more time with family and watch his children continue their careers.