With an ego smaller than his ERA, pitcher Logan Shore impresses teammates and foes alike. 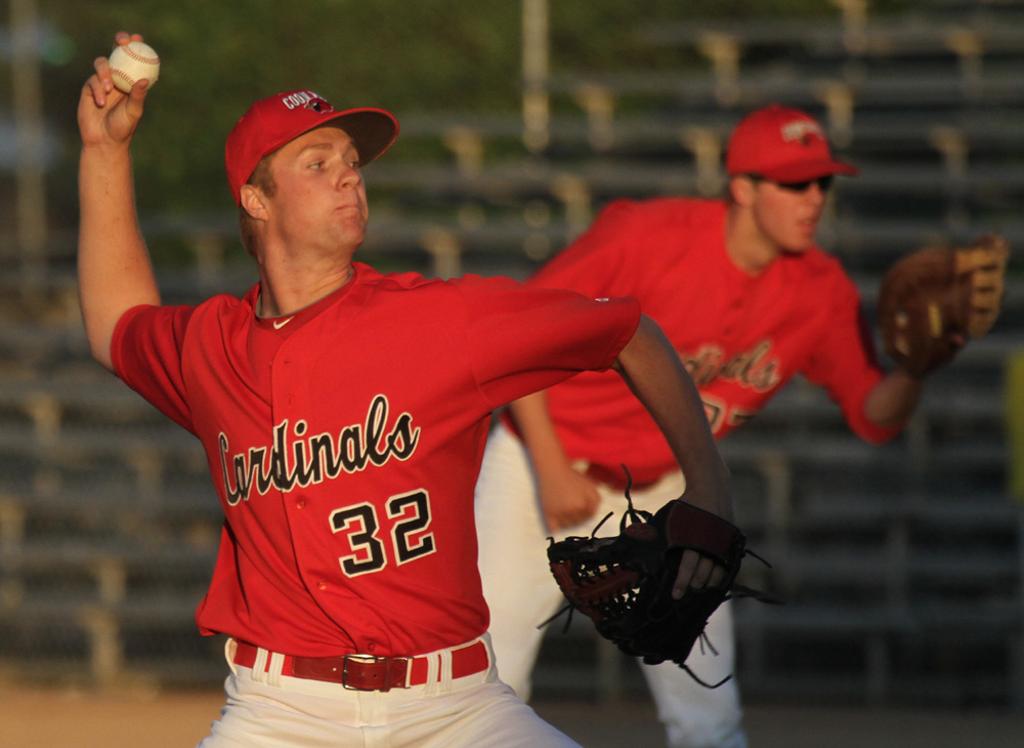 Everything he did on the mound was enough.

A perfect record, an ERA below 1.00 and an attention-grabbing, more than 90 miles-per-hour fastball were more than sufficient to make Coon Rapids pitcher Logan Shore the Star Tribune's Metro Baseball Player of the Year.

Then his teammates and opponents spoke mostly about the 17-year-old junior's character.

"He's always putting other people first," teammate Alex Aase said. "He's not cocky and doesn't think he's better than anyone else. He's always looking out for the team."

It would be easy for Shore to forget about his teammates. Before throwing a pitch this season, the righthander accepted a scholarship offer from the University of Florida and had been invited to participate in the USA Baseball National Team Identification Series.

These achievements, however, never overshadowed the 6-3, 200-pounder's commitment to Coon Rapids.

"Usually a kid that has that kind of credentials, they kind of get into themselves a little bit," Coon Rapids coach Jerry Coe said. "Logan has been a team player all three years he's been here."

An example was his versatility throughout the season. When not pitching, Shore played outfield, shortstop and first base. He often bats third or fourth.

Players around the metro willingly recognize Shore as the best. Outside the Northwest Suburban Conference, teams have heard stories of his dominance. Most are of his fastball, but some make mention of his bat. Not an every-game hitter, he still managed to maintain the highest on-base percentage on his team and collect the most walks.

It was in the middle of the diamond, though, where Shore is most productive. He just missed breaking the school's ERA record. In nine appearances -- seven of them starts -- he gave up less than a run a game and finished with a 0.80 ERA. He never lost (6-0) and struck out 51 batters.

"He's definitely the best player in the metro," Totino-Grace infielder Derek Lodermeier said after admiring Shore's play during the Section 5 playoffs. "And he's a good guy and straightforward."

Attention has followed Shore since he was in Little League. Coe heard of the rising star and talk of how he would immediately benefit the Coon Rapids program.

The Cardinals coach blew off the hype. In his 20 years of coaching at the school, not once had a ninth-grader played varsity. Shore broke the trend.

"Right away, I noticed his composure," Coe said. "I think that is what makes him stand out. I knew I would have something special for the another three years."

Shore's Player of the Year season came to a humbling end. Tears filled his eyes after losing to Maple Grove in the Section 5 playoffs. The same team he shut out only a few weeks earlier scored five runs in his two-plus innings of relief. The runs were unearned, it was a painful outing.

The pitcher ignored a lingering strained muscle in his back in hope of earning a state tournament bid, but he was punished for it. Shore uncomfortably stretched his back after each walk or base hit he gave up. Yet when relieved by another pitcher, he was reluctant to give up the ball.

"I think if my back would have been fine, I probably would have pitched like that the rest of the year," said Shore, referring to his first game against Maple Grove.

His opponents didn't forget about what he did to them in May. A Maple Grove parent congratulated Shore on his season via Twitter, referring to him as the best high school pitcher he's ever seen.

Scouts recognize his talent as well. In a week, Shore will attend a USA Baseball event with the goal of earning a chance to play for the U18 national team at the world championships in South Korea in August.

"Any time you get invited to something to get a chance to represent your country is a big honor," Shore said. "It's been a really, really good year."

There is still more to come. Shore's goal for his senior season is to surpass the Coon Rapids ERA record of 0.66. But what many others will be watching is where the teenager lands in next year's Major League Baseball draft. As of a week ago, scouting agencies were whispering rumors into Shore's ear of being selected in the first or second round.

Past Metro Player of the Year winners

FAIR TO COMPARE? SHORE HOPES SO

There were few names players around the state unanimously considered baseball's best. Among them were Metro Player of the Year Logan Shore and, to Shore's delight, Rochester Century pitcher Mitch Brown.

The two have become nationally touted prospects for their 90-plus-mile-per-hour fastballs.

Shore paid close attention to Brown's senior season for several reasons. He admires the older pitcher, the two were finalists for Minnesota Gatorade Baseball Player of the Year and he was interested in Brown's MLB draft stock.

The pitchers have become friends and regularly text back and forth.

"I had a lot of questions for him [about] what to expect in the draft and how to handle that," Shore said. "He works extremely hard. I think I need to get on [Brown's training routine]. He's doing something right."