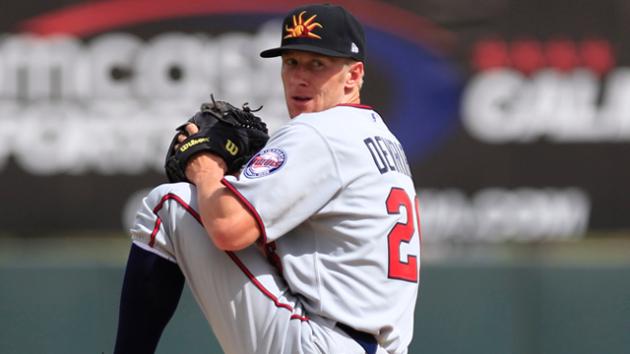 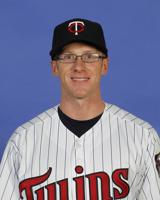 The DeVries family has been in the business of precision grinding of parts for commercial and industrial enterprises since 1943. That's when Leonard DeVries started working for an outfit in Chicago.

The family moved here in 1971 and Leonard opened DeVries Bar Grinding in Minneapolis. His son, David, eventually started running the business, and now David's youngest son, Blake, works in the shop on Minnehaha Avenue.
The tradition has been to close the shop and give employees a couple of weeks off at Christmastime. And for the past decade, David, his wife Diane and their two sons, Cole and Blake, have spent the time taking trips far and wide:
Egypt, Turkey, Greece, Italy, France, Spain, Japan, Hong Kong ... and last Christmas, it was Peru.
"Machu Picchu is incredible," said David, referring to a sanctuary that dates to the halcyon days of the Incas.
Late Wednesday afternoon, the DeVries family embarked on a short trip to Chicago that carries more excitement than their previous globe-trotting adventures.
The delegation included David and Diane, Blake and his wife Nicole, and Leonard and Helen, the grandparents now in their late 80s.
The attraction will be Cole DeVries' major league debut as the Twins' starting pitcher Thursday night against the White Sox at U.S. Cellular Field.
"I talked to Cole this afternoon; he's so excited ... he was talking a mile a minute," said David, who was so excited that he was talking a mile a minute.
Cole and Blake DeVries were standout players for Mike Halloran at Eden Prairie High School. Cole pitched three seasons for the Gophers and signed with the Twins as an undrafted free agent late in the summer of 2006. Blake had a year left at Eden Prairie before landing as a slugging outfielder for Concordia University in St. Paul.
"There were scouts that loved Blake's power," David said. "But he knew about the long journey, all the bus rides his brother had taken, and wasn't interested. He wanted to marry Nicole, go to work in our business and have a normal life."
Not Cole. He was committed to the baseball dream, even when his professional career had started with the equivalent of a line drive off a shin.
Cole was the ace of the Gophers and among the Big Ten's top pitchers in the spring of 2006. He seemed a cinch to be drafted in the first 10 rounds.
He decided to talk to teams directly rather than use an agent. Word spread that DeVries wanted too much money. He wasn't drafted in 50 rounds and wound up pitching in the Cape Cod League.
DeVries pitched well and he signed with the Twins in August. He signed for $75,000, including money for what remained of college.
DeVries was 22 when he got started in low-A Beloit in 2007. He spent a year in high-A Fort Myers, a year in Class AA New Britain, and then split 2010 and 2011 between New Britain and Class AAA Rochester.
He started only two of 45 games in 2011. He then went to the Arizona Fall League as part of the Twins' seven-player delegation.
The reviews were strong for shortstop Brian Dozier and center fielder Aaron Hicks, and positive for DeVries and catcher Chris Herrmann. And then Cole, ready to turn 27 in February, was not among the 33 pitchers invited to big-league camp.
"[General Manager] Terry Ryan called Cole and told him not to read anything into that," David said. "He said the Twins knew what Cole could do, and they had all these new pitchers that they had to see."
DeVries went to Rochester and did what he does -- throw strikes with a variety of pitches -- and now he gets a chance to be the third 2012 Rochester Red Wings grad in the rotation.
Eden Prairie's Halloran said: "You hear this all the time, but honestly, nobody has worked harder for this chance than Cole. He has a workout program in the offseason that emphasizes core strength and arm exercises -- not dead weights -- and it's just amazing to watch.
"He's always been a confident kid, too. I don't see Cole as someone who will be rattled by this. He'll throw it over and take his shot."
Patrick Reusse can be heard noon-4 weekdays on 1500-AM.