A 4-3 start to a season is not typically cause for much excitement. 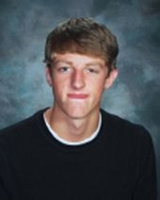 A 4-3 start to a season is not typically cause for much excitement.

But when you consider Blaine baseball's recent struggles and factor in the Bengals' strong victories this season, their record means something more.

Three victories in six days against ranked teams Andover, Maple Grove and Minnetonka -- two of them coming in extra innings -- gave Blaine a much-needed spark. The Bengals have posted one winning season since 2005 and have never reached a state tournament.

Schumacher spoke with Star Tribune reporter David La Vaque about Blaine's success this season and the Bengals' hopes for a memorable spring.

Q It's early, but how good is this team feeling right now given what you've already accomplished?

A We were really young last year; we only had three seniors. This year it's the opposite. We have 15 seniors and one junior and we've been playing together ever since we were little. If there was a year to do it, this is the year. We've really come together. Our slogan is, 'Our team, our time.'

Q Only one of your first seven games was decided by more than two runs. You guys really pack a lunch when you go out there, huh?

A You've got to play all three aspects of the game well each and every day. I think at the start of the season you had seven teams in our conference ranked in the top 20. You just don't know in our conference because there's so much talent. It's always fun baseball.

Q That stretch against Andover, Maple Grove, Minnetonka and Coon Rapids where you went 3-1, does that feel like something that will propel this team?

A If you said we were going to go 3-1 through that tough stretch of our schedule, I probably would have told you, 'You're lying.' We were really happy with the way we played.

Q Talk about having to go nine innings to beat Andover and Minnetonka.

A Against Andover we battled and came up with a run in the ninth. Minnetonka was just a pitcher's duel. Nobody was hitting the ball that game. We ended up winning when Adam Recksiedler drew a bases-loaded walk.

Q You're one of the team's top pitchers, but coach Eric Feigum said Blaine has a lot of strong arms.

A Our pitching depth is so great. We have five or six guys that could start for us. But in high school you only have a three-man rotation, so we have a lot of guys who can step up in key situations.

Q Feigum is new this year as a varsity coach, but he's followed many of these players through the ranks at Blaine. What has he brought to the mix?

A The other two captains and I have actually never played for him. But he's always been a great guy and we're getting along great on the field. He's open to us talking to him and changing things up. He's made it better. It's fun to go play baseball now.