Just happy to be back 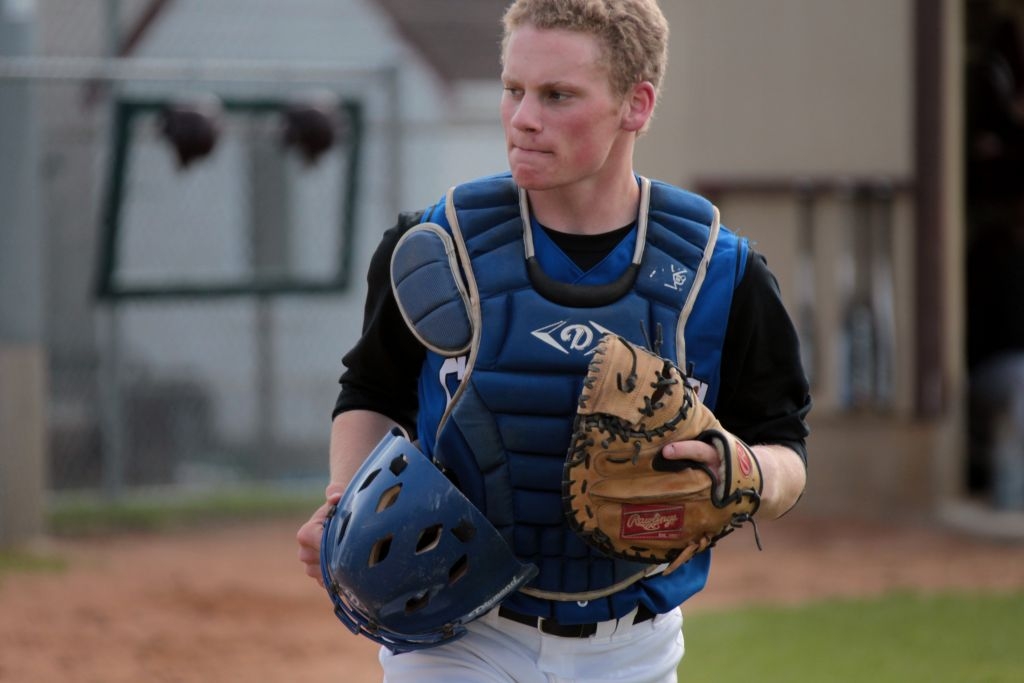 St. Thomas Academy catcher Dominic Mascia is back in action after missing the start of the season following a snowboarding accident in Colorado. Photo by Jerry Holt • jgholt@startribune.com

Baseball players, their teams and parents in Minnesota are thankful for the early spring weather. Dominic Mascia is just thankful he has his life.

One week before St. Thomas Academy's season opened, Mascia and his friends took a trip to Colorado for spring break. The three-year starting catcher was snowboarding down a black diamond run a little too fast. Without being able to slow down, he went off a ledge, couldn't see what was under him and landed head-first on some moguls.

He doesn't remember what happened after that. None of his friends saw it.

"I'm not sure how long I was out; my friends tell me maybe 10 minutes or so," he said. "I woke up at the bottom of the hill with all the paramedics. I had to get taken off in an ambulance later."

Thankfully for him, his friends did see Mascia lying among the moguls with blood all over his face. His nose, lips and other parts of his head were bleeding. There are still some scratch marks on his helmet, which most likely saved him.

"If I hadn't been wearing a helmet, the doctor told me it could have been really, really bad," Mascia said. "A lot worse than it was."

In the end, he suffered a concussion that kept him out of school for a week and off the baseball field even longer. He couldn't drive or even leave the house. Instead, he slept and rested in hopes of being able to begin his senior season of baseball.

"Very, very boring," Mascia said. "But it got me back on the baseball field quicker."

That was the main concern for Mascia, whom Cadets coach Paul Weinberg calls "a real baseball guy."

The senior captain couldn't help but worry about the rehab process and getting back to where he needed to be.

"I was very worried I wasn't going to recover and have my reflexes and everything back to the same," he said. "I didn't know if I was going to be able to hit any more or catch a ball or do any of that."

It didn't take long for Mascia to get back up to speed, for which his team is thankful. St. Thomas, though talented, is much better off with its senior backstop, one of the best defensive catchers in the conference.

Mascia will help lead the Cadets, who finished second in the Classic Suburban Conference a year ago. Pitchers Houston Droel and Alex Noel return after being thrust into the starting roles last season. Both have good command of their pitches and solid offspeed stuff.

The Cadets' lineup can hit from top to bottom. Junior Danny Baer, at 6-foot-4, has generated interest from the Gophers. The lefthanded hitter brings some pop to the order.

John Gould is not just a three-sport athlete, but a rare three-sport captain in prep athletics. He solidifies the shortstop position after playing football and basketball for the school.

The Classic Suburban Conference continues to improve up and down the standings, with Hill-Murray leading the way, followed by North St. Paul, Tartan, Mahtomedi and St. Thomas Academy.

Whether or not the Cadets contend for conference and section titles, it's good to have their catcher with them after his nightmarish accident.

"We're just happy to have him around," Weinberg said.