Stillwater expects another solid baseball season, even with a large influx of newcomers. 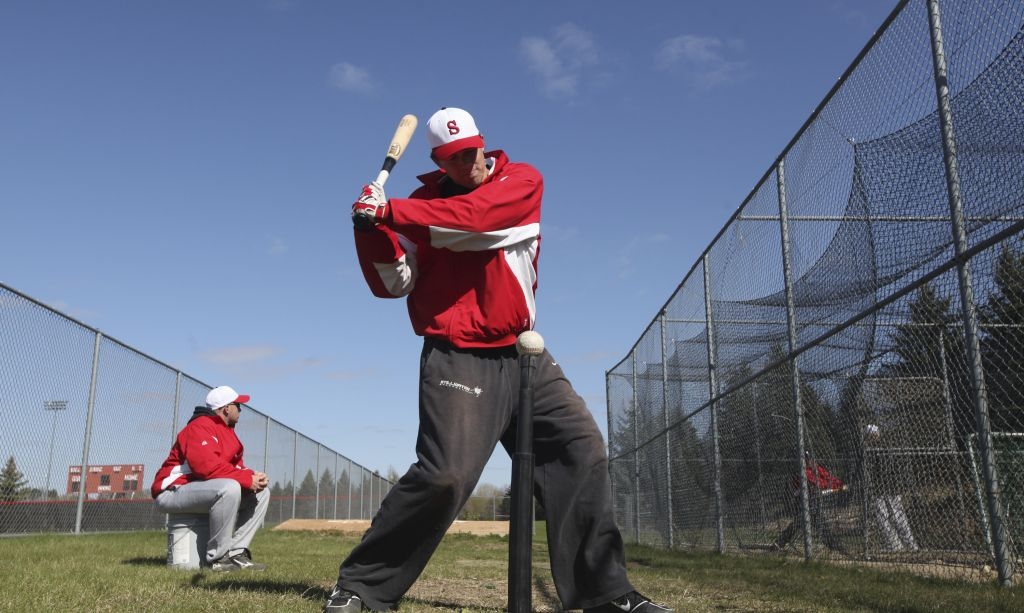 The first trip to a varsity mound could be a nerve-wracking experience for a student-athlete. First at-bat, first ground ball -- it's what most young ballplayers have worked toward for years.

Aside from two returning players, the entire Stillwater roster was set to make varsity debuts nearly two weeks ago, including every member of the pitching staff. So when Joe Stanton took the mound for the Ponies' nonconference opener against Hudson, he could have been freaking out.

"We know we have a bunch of talent," said Stanton, a senior starter who expressed confidence in the entire staff and team. "The thing is, we've grown up playing together and we have confidence in each other and we know that our starting pitchers are pretty good. We can compete with anybody."

Fresh faces at the varsity level are not out of the ordinary here. It's pretty rare for kids to be pulled up from the sophomore or junior varsity teams to the top squad. Head coach Mike Parker and his staff believe in the stations they have in place. And more important, they believe in the coaches who can develop these players for varsity competition.

"Look at Glen Perkins -- he pitched sophomore ball for us," Parker said, referring to the Minnesota Twins reliever and former Gopher.

This is how Stillwater does business. And coming off a 21-6 overall record and third-place Class 3A state tournament finish, the Ponies are pining for their fifth consecutive trip to state. All indications are that they're in good position to make it.

Stanton and senior Christian Abilla have been a solid one-two pitching punch coming up through the Stillwater system. In the opener against Hudson, Stanton pitched three innings, gave up one hit and notched five strikeouts in earning the victory. He also went 4-for-5 at the plate. Stanton hit around .500 for Stillwater's Legion team last summer and will be called upon to produce offensively throughout the season.

Abilla, one of the two returning starters, played third base last season. The fast, rangy infielder has moved to shortstop but will also have a spot in the pitching rotation. Not to be fooled by his stature, the kid can throw.

The Stillwater pitching staff throws plenty of gas behind Stanton, Abilla, Alex Haas, Andy Peterson and others, but the team's strength is foot speed.

That starts in the outfield, where three players were starters on the football team, including Grant Moden, Aaron Romportl and Austin Holmberg, the other returning starter.

"Not too many balls are going to be dropping in the outfield," Stanton said. "It's real settling to know that the outfield is as solid as it is."

Offensively, this might be one of the more potent lineups Stillwater has fielded in a while. A team usually built around pitching and defense, this year's group is shaped a bit differently, although the coach will stress the same fundamentals.

Case in point: The Ponies scored 24 runs in their first two games this season.

Stillwater has the tools to compete in what looks to be another top-heavy Suburban East Conference. Just because the Ponies are not experienced at the varsity level doesn't mean the results won't be as good -- or even better -- than in years past.

"I have the same expectations as Stillwater baseball always does," Stanton said. "I think we have a chance to compete. I'm not nervous at all."