The Wildcats return a lot of experience with which to battle Burnsville and Eastview. 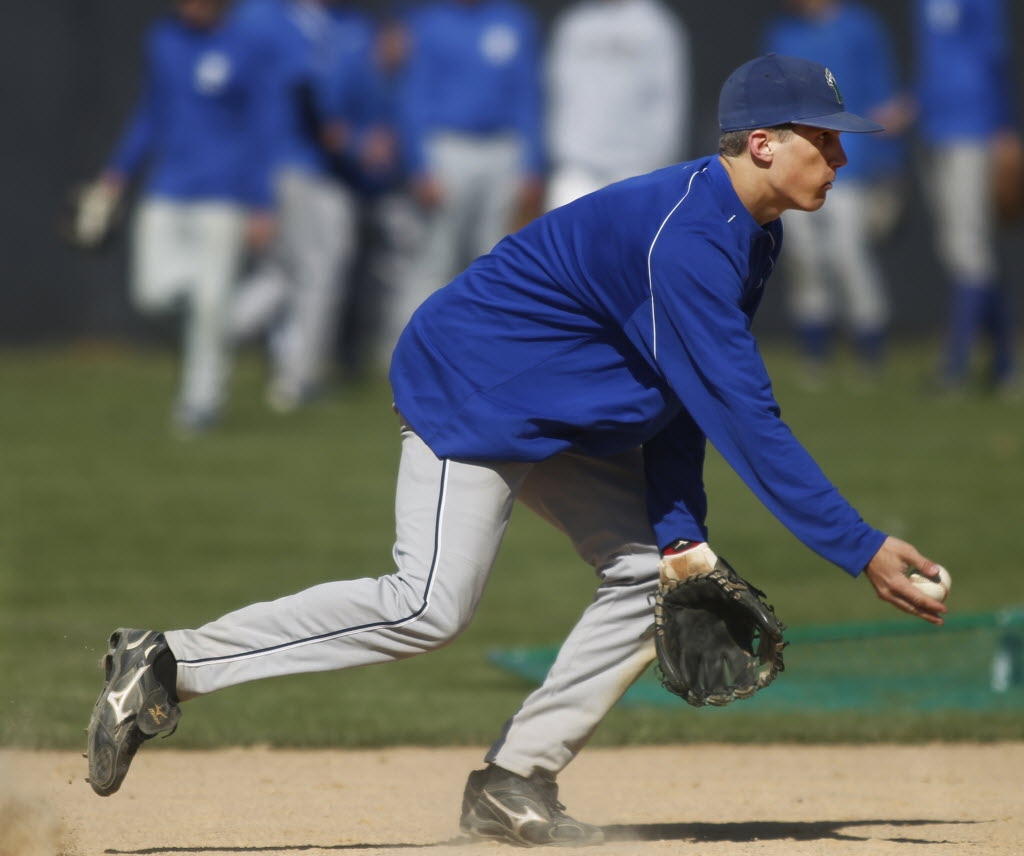 Eagan senior Eric Peterson hit over .400 last year, and the Minnesota State Mankato recruit will move from second base to shortstop in the field this year. Photo: Richard Tsong-Taatarii • rtsongtaatarii@startribune.com

Some teams are strong defensively. Some carry a potent batting order. Some rely on their pitching staff.

Throw in a hefty helping of experience and that's the recipe for Eagan baseball.

With 12 returning lettermen, the Wildcats are deep at every position. Last year, after graduating a hoard of seniors, coach Rob Walsh didn't know who would fill all the open positions. They finished 14-9, and now he knows exactly what he has this year.

Most important, three of his top four pitchers are back.

"If you're not replacing pitching, it gives you a little bit of a head start," Walsh said.

The winners of 10 of last year's 14 victories are back on the mound. Senior David Stevens and junior Kevin Kunik lead the way. Stevens, a St. Thomas recruit, relies on a hard fastball and sharp breaking ball.

"When his junk's on, it's nasty," shortstop and fellow senior captain Eric Peterson said.

Kunik controls three pitches and locates well. He found success as a sophomore by hitting his targets and changing speeds.

"Really, really, really crafty lefty," Stevens said. "He doesn't throw insanely hard, but he hits his spots like none other."

"I'd expect that they'll take the normal step in terms of growth," Walsh said. "I think they're both better than they were a year ago, and hopefully we can get them the run support they're going to need to be successful."

That run support will be led by Stevens, Peterson and senior Brett Lindsey. All of them hit over .400 last year as juniors. Peterson has moved from second base to shortstop, but the Minnesota State Mankato recruit will play outfield for the Mavericks next season. Junior Josh Loew should also contribute. He had a five-hit game for Eagan last year as a sophomore.

The Wildcats' lineup, with a mix of younger guys and seniors who are swinging the bat pretty well, possesses plenty of depth. In the team's first game against Lakeville South, a 6-4 victory, Walsh's squad got the bulk of its offense from the Nos. 5 through 9 in the batting order.

The Wildcats like to play small ball, and they think that's going to work out just fine with this year's new bat standards.

"We don't have a lot of guys who necessarily put it out of the yard or put it to the fence," Stevens said. "We like to put the ball where they aren't."

This amount of depth doesn't make things any easier for a head coach. Walsh is tasked with giving everybody enough at-bats and reps to stay sharp as the season progresses.

Eagan stands as one of the three teams to beat in the South Suburban Conference behind Eastview and, of course, Burnsville. The defending Class 3A champion edged the Wildcats 3-2 on Monday.

It wasn't a victory, but just another sign Eagan means business.

"Like Coach Walsh always says, our goal is Target Field," Stevens said. "We're never going to settle for anything less than getting to that state championship. And trying to beat Burnsville every opportunity we get."

The Wildcats will have another shot at the Blaze on May 3, and quite possibly again in the playoffs.